The Leaders, Icons and Stars Who Left Us in 2019

As 2019 comes to a close and a new decade begins, it offers a moment to reflect on those who left us in the past year.

In a year plagued by political infighting, the death of Maryland Rep. Elijah Cummings brought together both sides of the aisle when he laid in state in the U.S. Capitol. The longest-serving member of Congress in American history, Rep. John Dingell of Michigan, died after serving for 59 years. Retired Justice John Paul Stevens, a liberal voice on the Supreme Court, died in July at 99.

The year lost figures whose contributions proved timeless, like the words of Pulitzer Prize-winning author Toni Morrison. The pioneering architect who designed the Louvre’s iconic glass pyramid, I.M. Pei, died at 102. And Alexei Leonov, who was the first person ever to walk in space, died in May at 85.

Watch the video above for a look back at some of those we lost in 2019. 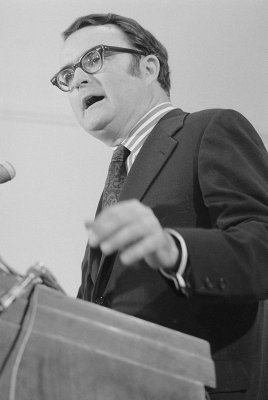 John Dean: William Ruckelshaus 'Would Do the Right Thing in Virtually Any Situation'
Next Up: Editor's Pick