Why the First-Ever Spacewalk Was Kept Secret

When the first man walked in space, almost nobody knew that it was happening.

Cautious about counting their cosmonaut before he was through the hatch, Soviet space officials kept the plan quiet until after success had been achieved. Aleksei Leonov had already safely returned to the Voskhod II spacecraft — 50 years ago today, on March 18, 1965 — before the Soviet space agency announced that he had left the ship and released photos and video of what had happened. (These days, the English spelling of the cosmonaut’s first name is more frequently “Alexei”; in 1965, however, this magazine spelled it with a “ks.”) The shots showed Leonov emerging from the craft’s hatch before turning a few somersaults to begin his 20 minutes in the nothingness.

The news wasn’t a complete surprise for the rest of the world, however. As TIME explained, U.S. radars had been following the Voskhod II and noticed, via a change in reflectivity, that a hole had opened in the craft. They also knew that Soviet ships were big enough and sturdy enough to accommodate several cosmonauts and the necessary equipment and airlock for a spacewalk. (American spaceships of the time had to be lighter, as the U.S. had not developed booster technology to lift spacecraft as heavy as the Soviets’.) The exact technology used by Leonov remained a mystery for the time being — for example, was the cord that tethered him to the ship a mere leash, or an “umbilical” connection for air or communications?

Still, even the USSR’s Cold-War enemies couldn’t help but admire the feat. As TIME reported, the following week, it was a momentous occasion for all humankind:

Read the full story, here in the TIME Vault: Adventure into Emptiness 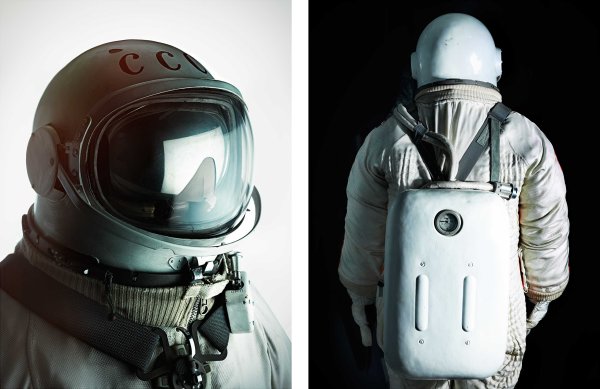 The Other Giant Leap: What Happened to the First Man to Walk in Space
Next Up: Editor's Pick