I.M. Pei, the world-renowned architect famous for designing the glass pyramid entry to the Louvre in Paris, has died, according to the New York Times and other outlets. He was 102.

Known for his groundbreaking architecture, his influential structures sparked both awe and controversy as he elevated himself to the top of his field. His other notable works include the East Building of the National Gallery of Art in Washington, D.C. and the Rock and Roll Hall of Fame and Museum in Ohio.

Born in China in 1917, Pei moved to the United States in 1935 to study architecture. He attended the Massachusetts Institute of Technology and, later, the Harvard Graduate School of Design.

Shortly after graduating from Harvard, Pei was hired by William Zeckendorf to work for the firm Webb & Knapp, in 1948. He went on to build his own firm, I. M. Pei & Associates, which he set up in 1955.

Though his early work included several high-rise projects, he later became known for his creative museum designs. In the late 1960s, he completed the National Center for Atmospheric Research in Colorado, the Everson Museum of Art in New York and the Des Moines Art Center in Iowa, before working on the Louvre, the National Gallery of Art and the Rock and Roll Hall of Fame and Museum.

Not one to opt for early retirement, Pei also accepted an offer to design the Museum of Islamic Art in Qatar in 2008.

Although Pei reached icon status in his field, both the Rock and Roll Hall of Fame and the Museum of Islamic Art were challenges for him, since Pei reportedly didn’t love the rock music, and was previously unfamiliar with Islamic art.

Pei — who had four children with wife Eileen Loo, who died in 2014 after 72 years of marriage — also outlived some of his own designs. His Sundrome of New York’s JFK International Airport was pulled down in 2011, and Hong Kong’s Sunning Plaza was demolished in 2013.

Looking back at his career to The Guardian a decade ago, Pei noted that architecture is an art form that takes time. 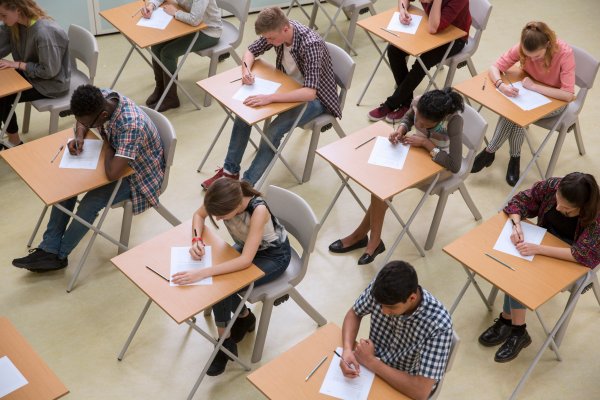 College Board Is Introducing SAT 'Adversity Score'
Next Up: Editor's Pick