Former Supreme Court Justice John Paul Stevens, the third-longest serving justice in history, died on July 16, 2019 at the age of 99.

“He passed away peacefully with his daughters by his side,” the Supreme Court said in a statement. Stevens, survived by two daughters, died at a hospital in Fort Lauderdale, Florida after suffering a stroke on July 15.

Stevens sat on the Supreme Court for 35 years, surpassed by only two other justices in history. “It’s not a particularly interesting achievement,” Stevens said with characteristic modesty in a phone call with TIME in May 2019. But, he quipped: “Justice Field stopped working full-time a couple months before he retired, so maybe I should be put in second place.”

Over the course of his long career, Stevens would have a role in shaping most areas of the law, influential in majority opinions and firm in his dissents, marked by a practical jurisprudence and an increasingly liberal sensibility.

Stevens was nominated to the Supreme Court by President Gerald Ford in 1975, after the country was rocked by the Watergate scandal. “You’re coming out of such turmoil, my understanding is the objective of President Ford and his staff was to find somebody who was as apolitical as possible and above reproach in terms of integrity,” says Jeffrey Fisher, who clerked for Stevens in 1998-1999. “Those were the justice’s two calling cards all the way through his career.”

Indeed, Stevens was known for being unfailingly courteous — to his clerks, his colleagues and to the lawyers who came before him, often asking them politely if he could interject with questions in oral arguments. Born to a privileged family in Chicago in 1920, Stevens had “a very Midwestern style,” says Eduardo Peñalver, who clerked for the justice in 2000-2001. “He’s just incredibly plainspoken and down to earth, and it lulls you into a comfort, and then he’ll dazzle you with something that displays his intellect.”

That intellect — and apolitical stance, as described by Fisher — led Stevens to evolve over the course of his more than three decades on the bench, from being nominated by a Republican president to being considered a leading liberal justice at the time of his retirement. Stevens, former clerks say, would argue that he didn’t change so much as the court became more conservative around him. “As the court shifted to the right pretty dramatically over the course of Justice Stevens’ career, he kind of intuitively shifted a little bit just to try to stabilize the court,” says Peñalver.

But Stevens’ own views did move on key issues, in particular on affirmative action and capital punishment. He became more in favor of affirmative action during his years on the court, and more opposed to the death penalty. “This is a guy who very clearly learned and processed information and processed ideas over time,” says Gregory Magarian, who clerked for him in 1994-1995.

In 1977, the U.S. Supreme Court posed for what was believed to be the first casual portrait of the entire court. At left: Associate Justice John Paul Stevens.
Bettmann Archive/Getty Images

Stevens was never one to write sweeping opinions, but he helmed the majority in crucial cases during his time. In 1984, Stevens wrote the majority in Chevron U.S.A., Inc. v. Natural Resources Defense Council, Inc., establishing the principle that when federal law is ambiguous or silent, courts should defer to federal agencies’ interpretations of the meaning. “Chevron deference,” as it is now known, has become increasingly controversial, and the Trump Administration has sought judges skeptical of the doctrine. Stevens told TIME in May that he thinks Chevron was his most significant majority opinion.

In his 2019 memoir The Making of a Justice, Stevens cites 2000’s Apprendi v. New Jersey as what he views as another of his most important majority opinions. In Apprendi, Stevens held that any fact that could increase a defendant’s criminal sentence needed to be found by a jury beyond a reasonable doubt. “In terms of consequences for the legal system, especially the criminal justice system, I think that might have had the most reverberations of any criminal law opinion, certainly [that] he wrote,” says Fisher.

While Stevens was collegial and not prone to stinging dissents or a sharp-tongued writing style, he was known for a few dissents in cases that had an enormous impact on the country.

In the 2000 decision in Bush v. Gore that resulted in George W. Bush winning the presidency, decided 5-4 along ideological lines with Stevens joining the liberals, Stevens wrote in dissent, “Although we may never know with complete certainty the identity of the winner of this year’s Presidential election, the identity of the loser is perfectly clear. It is the Nation’s confidence in the judge as an impartial guardian of the rule of law.”

Read more: John Paul Stevens on the Worst Decision of His 34 Years on the Supreme Court

And in his final years of life, Stevens became increasingly vocal about what he viewed as the court’s gravest error during his tenure, the 2008 decision in District of Columbia v. Heller, which held that the Second Amendment protects an individual’s right to bear arms. Stevens dissented. “As history has demonstrated in recent years, the tragedies are multiplying one after another,” he told TIME of the decision. “And the decision of the court in Heller has contributed to that.”

Stevens was a tennis player and a licensed pilot who was never caught up in the Washington, D.C. social scene. After retiring from the court in 2010, Stevens kept busy, even when he could no longer fly or be as physically active. He spent five years writing a more than 500-page memoir — published in 2019 — after he was inspired to reflect on his life when his wife threw him a 94th birthday party. By the time he was 99, he told TIME he occupied his time by remaining an avid reader. “There continue to be good books to read,” he said, “and I continue to try to find the best.”

But when asked to reflect on his nearly century of life, and what legacy he hoped to leave from his 35 years on the Supreme Court, Stevens’ signature humility reined. “I just tried to do my best all along,” he said. “That’s a goal that every judge should seek to achieve.” 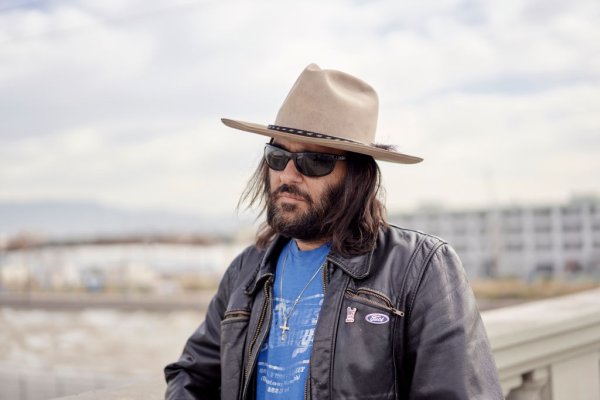 SCOTUS Rules 'Scandalous' Names Can Be Trademarked
Next Up: Editor's Pick