Casual moviegoers who know Doris Day only from the early 1960s comedies she did with Rock Hudson (Pillow Talk, Lover Come Back) or James Garner (The Thrill of It All, Move Over, Darling) would have enough reasons to love her right there. Day—who was born Doris Mary Ann Kappelhoff in Cincinnati, and who died May 13 at age 97—was delightful in those pictures, a sunny, carbonated presence whose understated carnality was always just bubbling under the surface. She was never crude or over-the-top or even, really, suggestive; she was just sexy. Part of it was her speaking voice, ambrosial and bell-like but also a little musky, like a mysterious elixir viewed through amber-colored glass. Her singing voice was all that and more. Her gift for phrasing suggests that she treated each song as a fresh adventure: Her version of Irving Berlin’s “I Got the Sun in the Morning” is a joyous ramble—it swings, but Day controls the beat with the same command a butterfly has over the movement of its wings. She could convey great, moody wistfulness, too. Her reading of the Rodgers and Hart standard “Bewitched, Bothered and Bewildered” has the aura of a misty moonlight garden, a place where nothing is certain, least of all the desires of the human heart.

The more you think about Doris Day, it seems, the less you know. Everyone knows her megahit, “Que Sera, Sera,” a sort of anthem about going whichever way the wind takes you, the perfect song to sing to a child who, in the way children are, is eager for all the answers. Day does sing it to a child in Alfred Hitchcock’s 1956 The Man Who Knew Too Much. She plays a singer vacationing with her son and husband (James Stewart) in Morocco, and she duets with the boy as she’s getting ready to go out for the evening. But later, the son is kidnapped, and Day turns the song into a gasp of desperation, an incantation that may be her only way of summoning him back. Day has always been so charming as a presence that it has sometimes been easy to lose sight of what a phenomenal actor she was. In The Man Who Knew Too Much she plays a woman—a devoted mother and dutiful wife—cast squarely in what we think of as the ‘50s mold. But there’s no suburban complacency in her performance: She’s practically feral, so distraught over the loss of her son that she reverts to a state of wildness. This is one of the great women’s performances of the 1950s.

And it wasn’t a fluke, either. Day is terrific opposite James Cagney as a stylized version of 1920s songstress Ruth Etting in Charles Vidor’s Love Me or Leave Me (1955): She’s a woman under the sway of a gangster who has virtually bought her career for her; his cruelty toward her is too steep a price. Day as Etting pulses between vulnerability and conviction, sometimes hitting both in the same beat. It’s another role that seems a world apart from those James Garner and Rock Hudson comedies that so many associate with her. Once you get going, there are almost too many Doris Days to count.

There’s the Doris Day of Michael Curtiz’s Romance on the High Seas, from 1948, Day’s first film role. She plays a broke but adventure-hungry nightclub singer who gets a chance to go on a cruise to South America, impersonating a very rich woman. It’s a marvelous role for Day, and she’s wonderful to watch. Her character lacks breeding and manners, but she makes up for it with spirit and swagger. You want everything for this young woman, played by a performer who herself was still getting a footing in show business: Not long before she was cast in Romance on the High Seas, Day had been a big band singer with Les Brown and His Band of Renown. She was surprised when she landed the movie role, admitting to Curtiz that she was really just a singer and had no acting experience. He didn’t care; in fact, he often boasted about having discovered her. It was one of his proudest achievements.

The career Day built from there had its ups and downs: In 1968, when her third husband, Martin Melcher, died, she found he had squandered her money, leaving her deeply in debt. Melcher had also, without her knowing it, committed her to a television series that she didn’t want to do. But Day often used the show—it went through several changes and iterations over several years—as a vehicle to champion the cause closest to her heart. She was a lifelong animal lover and an advocate for animal welfare. There you have yet another Doris Day—but all sprang from the same person. There was only one Doris Mary Ann Kappelhoff, and how lucky we were to have her. 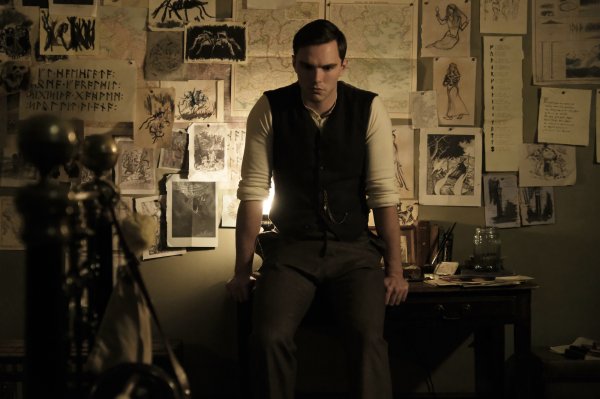 The True Story Behind the Movie Tolkien
Next Up: Editor's Pick