Five years after the debut of Serial, podcasts and true crime are still thriving to such an extent that in retrospect their rise looks less like a trend and more like a paradigm shift—one that has changed television almost as much as radio. Inevitably, podcasts have been adapted into great (Homecoming) and terrible (Dirty John) TV dramas. Once confined to trashy news-magazine shows and niche networks, crime stories proliferated across platforms. True-crime podcasts have even become framing devices for fictional murder mysteries (see: True Detective season 3). Apple TV+ has taken that conceit a step further by enlisting Serial host Sarah Koenig as a consultant on Truth Be Told, which bills itself as a meditation on crime podcasting itself.

Debuting Dec. 6, the series features the service’s most impressive cast this side of The Morning Show (with which it shares an executive producer in Reese Witherspoon). Octavia Spencer stars as Poppy Parnell, a Bay Area journalist who made her name covering the 1999 murder of Stanford professor Chuck Buhrmann. Her reporting proved instrumental in the conviction of the victim’s 17-year-old neighbor, Warren Cave (played as an adult by Aaron Paul). But 19 years later, new evidence that a witness, Chuck’s then-teenage daughter Lanie (Lizzy Caplan), was coached compels Poppy to retrace her steps—in a revelatory first-person podcast, naturally. It’s like Serial, in other words, if Koenig had helped put Adnan Syed behind bars in the first place.

It stands to reason that when Poppy shows up at San Quentin, Warren isn’t exactly overjoyed to see her. The surprise is that his arms are covered in white supremacist tattoos; at some point during his two decades in prison he joined the Aryan Brotherhood. Truth Be Told wants us to ponder whether a black journalist is morally obligated to help a Nazi whom she believes was wrongfully convicted, even if his incarceration is partly her fault. The dilemma is cumbersome enough to come across as a contrived-for-TV thought experiment more than a smart inquiry into real ideas about race and ethics.

And it cements that impression before Lanie’s twin sister Josie pops up in New York with blonde hair, a fake English accent and a new name. (Nothing in the four episodes sent to critics gave me as much pleasure as the realization that Josie is basically a Lizzy Caplan character impersonating an Emily Blunt character.) It’s in scenes centered around the Buhrmanns and the Caves, which illustrate how the media can warp the families whose tragedies it distills into entertainment, that the show finds some resonance. The cast does the best it can with thin characters; Elizabeth Perkins brings engaging pathos to Warren’s cancer-stricken mom Melanie. Sadly, Truth Be Told doesn’t seem to have much to say on their plight that superior predecessors including Netflix’s hilariously sophomoric true-crime mockumentary American Vandal haven’t already covered.

The show has other weak points. An adaptation of the novel (originally titled Are You Sleeping) by Kathleen Barber, its scripts are cluttered with lines that might’ve looked all right on the page but sound unwieldy when spoken aloud. “Your son is bone-deep in that ragged tribe,” Spencer proclaims. Also: “Penitentiary walls stop nothing.” An unnecessary love triangle emerges. And especially after his breathtaking performance as a traumatized Jesse Pinkman in this year’s Breaking Bad sequel film El Camino, it’s a waste to cast Paul as a character with so little heart.

None of this makes Truth Be Told any worse than your standard network detective drama; you can imagine it scraping together passable ratings with an NCIS lead-in on CBS. But it marks another misstep for Apple TV+ because it’s so bland and forgettable. Historically, the shows that have made their respective platforms’ reputations for original programming have been (at least in their debut seasons) contemporary, revolutionary and just plain excellent: Orange Is the New Black, Breaking Bad, The Handmaid’s Tale, The Shield, Transparent. It takes more than a timely hook like true-crime podcasts to launch a subscription service, especially amid the current glut.

A month into the life of Apple TV+, the weird, exuberant Dickinson remains its most endearing show simply because it’s the only one with the urgency of a passion project. Apple might well be in the streaming wars for the long haul, but it won’t establish a real following until it consistently gives viewers more than just imitations of what they’re already watching—a reasonably diverting horror serial (Servant), a middling Shonda Rhimes ripoff (The Morning Show), a phoned-in fantasy epic (See). With Truth Be Told, the service has added a prosaic crime drama to the mix, but it remains a platform in search of an identity. 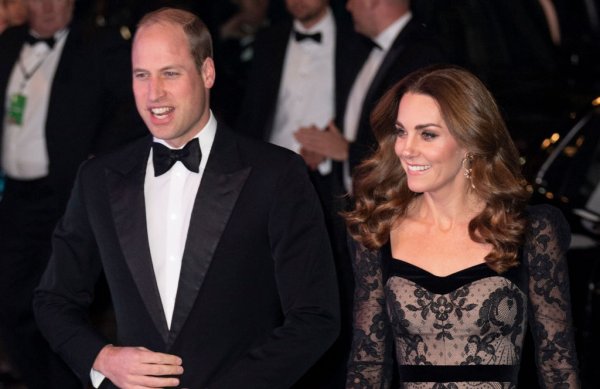