Madden and Hawes in Netflix’s Bodyguard
Netflix
By Judy Berman

Netflix’s Bodyguard opens with a familiar action scene: Riding a train with his kids, Sergeant David Budd (Richard Madden, most recognizable to viewers as Game of Thrones‘ Robb Stark) spots a frantic transport cop. Minutes later he’s talking down a would-be suicide bomber, a shaky young woman in an abaya (Anjli Mohindra). But there’s a twist: David tells her that he saw friends die for nothing in Afghanistan, and that the experience taught him to be wary of politicians. “You and I,” he says, “we’re just collateral damage.”

It isn’t just a negotiation tactic. David’s tour of duty left him scarred, disillusioned and deeply suspicious of the government–wounds he shares with some of the veterans in another show, Amazon’s Homecoming. Though their styles diverge, both shows fuse the political with the psychological to consider the lingering effects of combat on soldiers. It’s not a new topic for TV (see also: M*A*S*H, Homeland). But the way these stories zero in on the morally compromised institutions responsible for individual suffering screams 2018.

Bodyguard, a BBC megahit that arrives on Netflix on Oct. 24, is a six-episode sprint that subverts thriller tropes just often enough to earn its reliance on them. A talented but unstable vet whose political outrage doesn’t mesh with his job as a bodyguard to government VIPs, Madden’s David never feels too polished. When he’s assigned to protect a hawkish, power-hungry Home Secretary (Keeley Hawes), it seems equally likely that he’ll assassinate her. But the question isn’t just whether he’ll turn out to be a hero or a villain; it’s whether heroism is even possible in these conditions.

Homecoming may be the more hyped show of the two on this side of the Atlantic, thanks to its pairing of star Julia Roberts and director Sam Esmail, as well as its origin as a popular podcast. Coming to Amazon on Nov. 2, the 10-episode first season casts Roberts as Heidi Bergman, a psychiatric professional who once ran an experimental program called Homecoming whose stated aim was to ease traumatized soldiers back into society. Years after her abrupt departure from the facility, Heidi is waiting tables at a dive when a Department of Defense investigator (Shea Whigham) walks in and inquires about one of her old patients, Walter Cruz (Stephan James). That’s when she realizes she can barely remember her time at Homecoming.

Esmail is divisive. Though his shambolic USA thriller Mr. Robot can be exhilarating, its constant narrative misdirection grew exhausting after the first season. Thankfully, he wields his paranoid style more judiciously in Homecoming: tiny palm trees in Heidi’s fish tank subtly underscore themes of deception. Birds that emit terrible, bellowing squawks set a freaky mood but appear rarely. Slow pans and overhead shots suggest surveillance. The frame narrows during scenes set in the present (which is actually a few years in the future), almost like smartphone footage.

For the most part, Esmail lets his superb cast tell the story of Heidi’s search for answers about Homecoming and its shadowy parent company, Geist. Roberts is a Hitchcock heroine, lost in her own mind. As her remote, bro-ish boss, Bobby Cannavale is the military-industrial complex made flesh. James builds a mystery into Walter’s every line: Where is this gregarious vet now?

His story and David’s converge as metaphors for the way politicians, institutions and corporations use soldiers as pawns in games of power and profit. If Bodyguard is the more thrilling of the two shows, it’s also the less surprising, with a resolution as conventional as its structure. Homecoming is something more artful, its characters capable of genuinely shocking and its conclusion cryptic enough to haunt dreams. 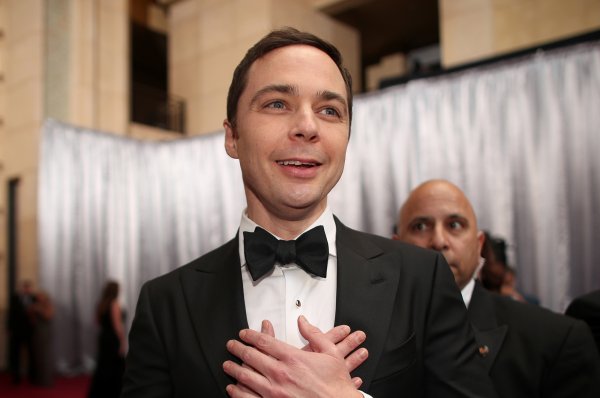 Here Are the Highest Paid Actors on TV in 2018
Next Up: Editor's Pick