Spoilers for seasons 1 and 2 of American Vandal.

The first season of American Vandal ended on an ambiguous note. Though they sketched out endless whiteboard drawings, rendered a 3-D map of Camp Miniwaka and painstakingly recreated Nana’s Party, Peter Maldonado and Sam Ecklund never definitively proved “who drew the dicks.” But season 2 of the true crime parody, which hit Netflix Sept. 14, ends on a much more definitive note. Not only do we learn the identity of the Turd Burglar, we watch his trial and see him punished for poisoning his peers, covering them in cat poop and blackmailing other students to help him.

Grayson, who was expelled from St. Bernardine for tweeting offensive messages from another student’s account, grew bitter after his punishment. We learn of his plight in the first couple of episodes, but the filmmakers present him as more of a cautionary tale than a potential suspect. He then disappears until the final episodes of the show.

It turns out that Grayson watched his former classmates continue on with their lives from afar. Studying their social media accounts, he declared them all “fake” and decided to seek revenge by proving that they were all “full of sh-t.”

Grayson catfished five different people using photos and videos he stole while working at a cellphone kiosk in the mall. He then attempted to blackmail four of them into carrying out a Turd Burglar crime. He didn’t have to blackmail his fifth catfishing victim, Kevin, who undertook the prank in hopes of impressing the girl he thought he was texting with.

Only one of the Turd Burglar’s targets, theater kid Drew, refused to go along with the prank. So Grayson leaked suggestive photos of Drew as revenge. Basketball star DeMarcus, rich girl Jenna and teacher Mr. Gesualdi all acquiesced to Grayson’s requests in hopes that their blackmailer wouldn’t release suggestive photos that they had all sent him.

This season of American Vandal is full of twists and turns. But a few moments hidden in early episodes hinted that multiple people carried out the Turd Burglar crimes and who those criminals might be.

Kevin and Grayson were in a Fruit Ninja video together

In the first two episodes, we see videos of Kevin as the “fruit ninja” batting away the produce people throw at him at school. Grayson features heavily in one of these videos, suggesting that the two were friends or that they had some sort of connection.

Kevin even half-heartedly comes to Grayson’s defense early in the documentary when he admits that while Kevin’s vulgar tweets from another student’s account were unforgivable, the school was exercising a double standard when it came to the punishment of non-athletes and athletes.

Kevin knows details of the Brownout, but not the other crimes during his confession

The first hint that a shadowy figure may have enlisted multiple students to carry out the different Turd Burglar crimes may come as early as Kevin’s interview with the police in the first two episodes.

When the police solicited a confession for the three known Turd Burglar crimes, Kevin was easily able to tell them how he orchestrated the Brownout by dumping laxatives in the lemonade in the cafeteria. However, he wasn’t involved in the other two crimes, so when the police ask him about those acts he genuinely has no idea how to answer them. They have to ask leading questions in order to eventually wrench a “confession” out of him for those pranks.

By the end of the series, we find out that Kevin did indeed perpetrate the Brownout—but not the other two major Turd Burglar pranks.

Drew’s bizarre diaper photos initially seemed like a weird fetish shoot that a bully leaked online. But the show hinted early on that the baby-themed photo shoot wasn’t just a lark. One of the students that Peter and Sam interview about Drew says, “I just really want to know who it was for.”

Who, indeed. It turns out that Drew did take those pictures for a crush: Brooke, a.k.a. Grayson. The plot signals that Grayson was more than just a prankster. Coating classmates in feces is terrible, but torturing a student and ruining his reputation is monstrous.

Kevin tells Chloe to stop trying to exonerate him

Kevin thanks his friend Chloe for calling Peter and Sam to create the documentary and for going undercover to investigate the cover-up of the final Turd Burglar crime. Still, Kevin argues, Chloe’s efforts are fruitless: The school has made up its mind and won’t change it.

In truth, Kevin probably knew that if Chloe, Peter and Sam continued to investigate the crime, they would uncover the truth—that he did indeed carry out the Brownout and had been catfished.

DeMarcus confronts Kevin on his own

When DeMarcus and Lou drive to the parking lot to confront Kevin about the Turd Burglar incidents, DeMarcus pushes Lou away so he can talk to Kevin alone. At the time, it seemed like DeMarcus was afraid that Kevin would expose him as the Turd Burglar and was threatening Kevin.

In fact, DeMarcus had figured out that he and Kevin were both victims of the same catfishing scheme. DeMarcus was warning Kevin that if the documentary continued, the person blackmailing them would leak their texts, videos and photos. 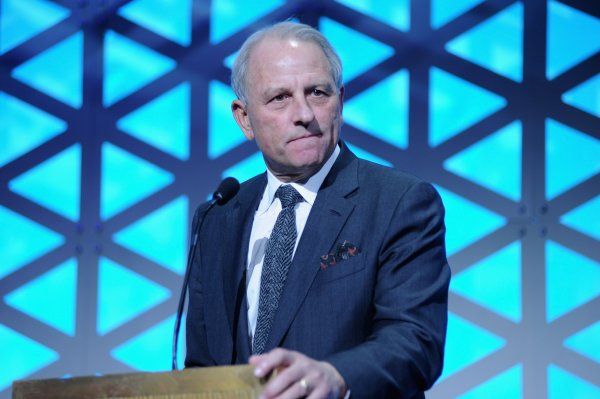 CBS News Journalist Reveals on Air She Received Text Messages That Got 60 Minutes Boss Fired
Next Up: Editor's Pick