True crime never goes out of style, but only in recent years has it become such a highbrow form. By embedding interrogations of identity, psychology and institutional corruption in real mysteries, the makers of Serial, The Jinx and Making a Murderer unleashed a deluge of tawdry tales with redeeming social value — or at least a veneer of it. But Dirty John, last year’s hit podcast about a California con artist written and hosted by Los Angeles Times writer Christopher Goffard, always felt different. A gripping work of nonfiction storytelling laced with chilling archival audio, it was framed more as domestic noir than as an inquiry into any larger issue.

A better TV adaptation might have excavated the story’s ample subtext about romance, faith and the failure of law enforcement to protect women from dangerous partners. But Bravo’s Dirty John, premiering on Nov. 25, leans into the salaciousness, splitting the difference between soap opera and crime re-enactments in the hysterical style of America’s Most Wanted. Directed by Jeff Reiner (The Affair), from a script by Desperate Housewives alum Alexandra Cunningham, it may be a conscious attempt at camp. But the show doesn’t even succeed at that; its incompetence isn’t entertaining.

The great Connie Britton, whose participation in this project is mystifying, plays heroine Debra Newell, a wealthy, well-preserved, churchgoing Southern California interior designer pushing 60. Though she’s been divorced four times, Debbie is still seeking her soul mate — and she finds him, or so she thinks, in hunky anesthesiologist John Meehan (Eric Bana). Fresh off a streak of bad dates, she overlooks some strange behavior on his part and shrugs off the suspicions of her daughters, Veronica (Juno Temple) and Terra (Julia Garner). As John works to isolate Debbie from her family, they dig into his murky past. The picture of a double life that emerges, bit by bit, would turn Don Draper’s whiskey-fortified blood to ice.

But this isn’t Mad Men. Goffard’s story incorporates so many elements poorly suited to a visual medium — phone calls, correspondence, the reporter’s own reflections — that they seem to overwhelm the script, which often awkwardly copies and pastes exchanges from the source material. A heated email becomes a ridiculous confrontation. Flowery phrases lifted from Goffard’s narration issue from the mouths of characters who aren’t poets.

Cunningham could’ve expanded the podcast’s intriguing but limited psychological portraits of Debbie and John. Instead, she flattens every character: Terra’s babyish utterances defy belief; Veronica is a spoiled brat; John is pure evil. Forced to imitate Newell’s high-pitched purr, even Britton does little to complicate a heroine defined by gullibility. Blandly luxurious sets and scenes that feel rushed bolster the impression that no one involved in this production wanted to spend a second longer on it than necessary.

All true-crime stories have to contend with the perennial criticism that the genre is exploitative. The best ones justify their existence by raising awareness of injustice or even, like Errol Morris’ 1988 film The Thin Blue Line, ensuring that justice is served. The worst mine real people’s pain for profit.

Goffard evidently had enough compassion for his subjects to eschew full-on schlockiness. If the creative forces behind Bravo’s Dirty John had felt the same obligation, they might have ended up with a decent show. What they’ve made instead fails as TV, sure — but it also fails the women whose lives have been affected by predatory men. 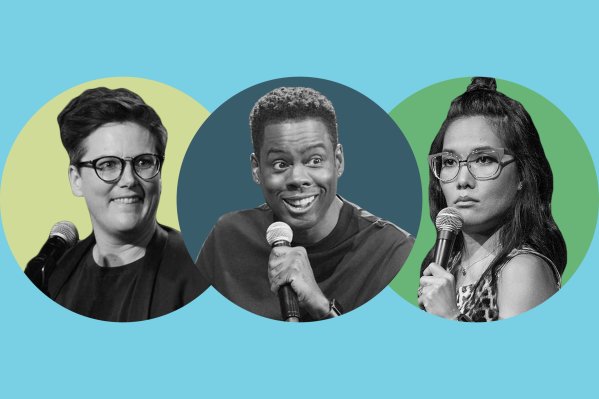