Summer may not officially be over until Sept. 23, but for many people, Labor Day weekend marks the hottest season of the year’s ostensible end. Luckily, summer 2019 is going out the way it came in, as one of the most fruitful meme seasons we’ve ever had.

There was no shortage of online hilarity to go round over the past three months, with standout memes like the confidence booster that inspired countless photoshoots, Hot Girl Summer, and the fake mission that spawned a brand new music festival, Storm Area 51, ensuring that the masses stayed entertained through some of the worst heat waves, well, ever.

After former Vine star Casey Frey posted a video of himself playing three different, yet equally absurd, characters while nailing some pretty iconic choreography to DVVBS’ “GOMF,” Twitter users zeroed in on two stills from the video that could be applied to a near-endless number of situations in which someone blatantly ignores advice.

The first still shows one of Casey’s characters ordering another to “stop” while the second shows the latter flipping the former the middle finger. That’s really all you need to know.

If you ever watched the show Beyond Belief: Fact or Fiction, you know that host Jonathan Frakes — who is best known for playing Commander William T. Riker in Star Trek: The Next Generation — often introduced the stories of the day by asking the audience a leading question. But while these queries made sense within the context of each episode, hearing them all strung together in one long compilation is an entirely different experience.

The “Jonathan Frakes Asks You Things” meme was made possible by Twitter user Zane Golia, who created the montage that was transformed into a parody of the times in life when people are just asking too many questions.

SpongeBob memes are truly the internet gift that keeps on giving. Following in the footsteps of Mocking Spongebob and Confused Mr. Krabs, Traveling Spongebob was born when Twitter user @DIXIENORMOUS posted a picture of Spongebob photoshopped to look like a French woman. Twitter user @fadisborn then ran with the meme by creating a series of videos featuring SpongeBob in a variety of locations decked out in some sort of stereotypical garb from each place. The rest of Twitter took it from there.

In the wake of Popeyes debuting its highly sought-after new chicken sandwich, the people of Twitter took to the social media site to debate which fast food chain’s chicken sandwich truly reigns supreme — in meme form, of course. Thus, the hashtag #ChickenWars was born.

For many people, therapy is one of the most useful tools out there for improving and maintaining mental health. But for those who feel laughter can sometimes be effective medicine, it can also be beneficial to poke fun at imagined conversations one might have with their therapist. The basic structure of this meme is a joke in three acts: your therapist asks a question, you give a completely off base response, your therapist disapprovingly weighs back in.

Rachel, Nev., on the Extraterrestrial Highway, home of numerous UFO sightings and near Area 51.
MyLoupe—Getty Images

Debating conspiracy theories is so out. Now, we’re making plans to go straight to the source. After a Facebook event pledging to storm Area 51 to “see them aliens” went massively viral in July, people couldn’t help but crack a few jokes about what it would be like to actually find extraterrestrials at the highly-classified military base. The hype surrounding the event eventually got so out of control that the U.S. Air Force responded by warning people against any attempt to illegally access the site. Now, the creators of the Facebook event are organizing a music festival dubbed Alienstock in Rachel, Nev. — the closest town to Area 51 — to take the place of the jokingly proposed raid.

Peppa Pig may be an animated cartoon pig whose show’s target audience is preschoolers, but when it came to Twitter’s attention earlier this summer that she stands at 7’1″, she quickly became the talk of the town. It didn’t hurt that Peppa had also just released her debut album, a 16-track masterpiece that Lil Nas X himself declared “got the streets talkin.”

Of course, with a height equal to that of NBA legend Shaquille O’Neal, Peppa’s career options likely aren’t limited to music. Some fans are even convinced she could take Shaq’s place in the league.

We all have Megan Thee Stallion to thank for coining the phrase “Hot Girl Summer.” The pervasive and powerful song title-turned-motto has inspired countless people to stay living their best lives throughout summer ’19. But don’t get it twisted, doing “real hot girl sh-t” has nothing to do with conventional beauty. It’s all about having the confidence to be unapologetically yourself, no matter who you are.

In an interview with The Root, Hot Girl Meg herself explained that Hot Girl Summer is for “women — and men — having a good-a– time, hyping up your friends, doing you and not giving a damn what anybody has to say about it.”

The hierarchy of high school cafeteria seating has long been a popular aspect of teenage life to lampoon: see Mean Girls. But what happens when you bring people’s diehard fandoms into the equation. From Real Housewives to pop stars, the “Where Y’all Sitting?” meme asks Twitter users to choose a table to sit at after groups of their faves (and least faves) have been divided among them.

Also known as the salmon cannon, the fish tube — a real-life system used to transport fish between bodies of water — took the internet by storm after Cheddar recirculated an old video of the strangely hilarious process early in August. The video, which shows humans transporting live fish over dams and other obstructions via an aboveground tube, seemed to deeply appeal to many Twitter users, with some voicing their eagerness to try out the tube themselves. Things only escalated from there. 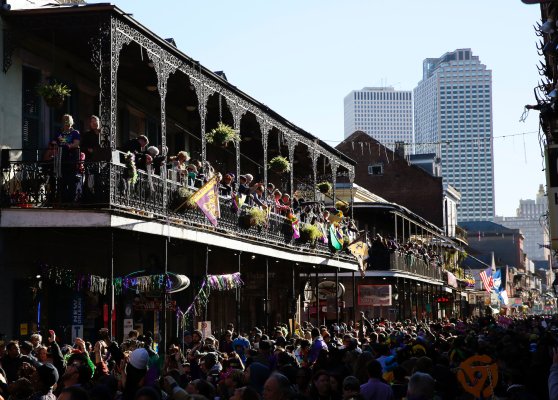