The U.S. Air Force has responded to the 1.3 million people who have signed on to raid Area 51 in search of aliens as part of an internet joke that has gone viral. The fake plan to raid Area 51 started with a Facebook event and has inspired thousands of alien-related memes.

“Any attempt to illegally access the area is highly discouraged,” an Air Force spokesperson told NPR in a Monday statement, along with several other media outlets including USA Today and The New York Times. The Air Force did not respond to a request for comment by TIME at the time of publication.

The Facebook event “Storm Area 51, They Can’t Stop All Of Us,” was started as an internet joke to raid Area 51 on September 20 in search of aliens.

Read More: Laughs, Masks and a ‘Sense of Community.’ Most People Came in Peace to the Area 51 Raid. Here’s What Actually Happened
“If we naruto run, we can move faster than their bullets. Lets see them aliens,” the event description reads. 1.3 million people have signed on to attend so far, and the internet memes have taken over social feeds around the world.

A pinned post on the event page describes the joke invasion strategy in detail, and adds: “Hello US government, this is a joke, and I do not actually intend to go ahead with this plan. I just thought it would be funny and get me some thumbsy uppies on the internet.”

Area 51, a secretive military base north of Las Vegas, is home to what alien conspiracy theorists have claimed hides the secrets of extra terrestrial life in the universe. It has been the subject of science fiction films, TV shows and literature for decades.

Anyone interested in actually Naruto-running into Area 51 might be disappointed to know they just missed the Roswell, New Mexico U.F.O. Festival that happens every July and is welcoming of invaders. 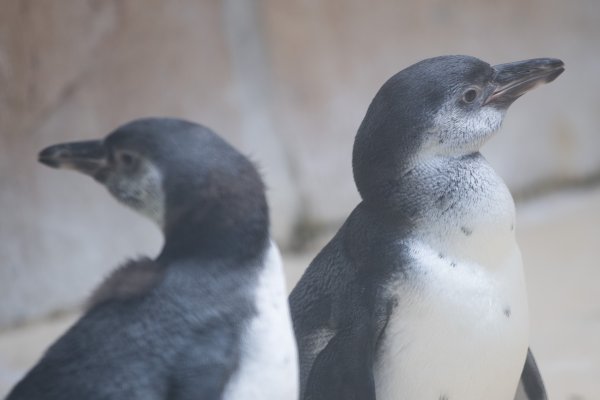 Renegade Penguin Pair With No Respect for Authority Return to Favored Sushi Spot After Initial Removal
Next Up: Editor's Pick