The recent re-discovery online of an old video of a salmon cannon transporting migratory salmon between bodies of water is Internet gold and people want in.

The pressurized “fish tube” as it called is the environmentally-friendly brainchild of a company appropriately called Whooshh Innovations. Dams can block migration for salmon who need to get where they’re going, but this contraption transports live salmon through the tube and over dams in order to significantly cut down their travel time.

Witness the Whoosh salmon cannon below.

The company’s site explained the genesis of the salmon cannon thusly:

The company explains it thusly.

Even though the innovation dates back to 2011 and this particular viral fish tube video is from 2014, the Internet couldn’t stop marveling at it as it is wont to do when it comes to matters involving salmon shooting around.

It even got the Super Mario 64 edit.

It even showed up on Last Week Tonight back in 2014. And John Oliver doesn’t just talk about anything.

It may make the journey more efficient for salmon, but this tube cannot accommodate humans as people were quick to point out.

Try a water slide instead. 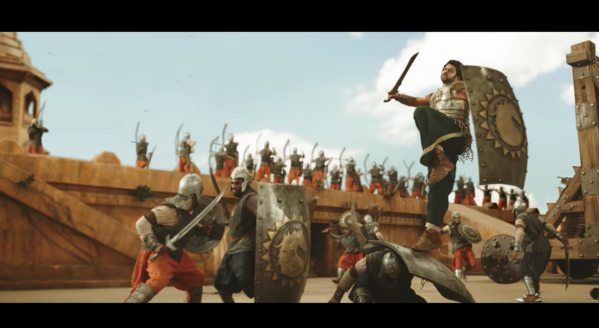 Here's the Deal With That Bollywood Battle Scene Going Viral
Next Up: Editor's Pick