You may have heard the name Peppa Pig. You may have seen the cartoon. You may have learned that the porcine animated character even recently released an album, aptly titled My First Album. Peppa Pig seems to be everywhere these days, even though it’s a character intended for preschoolers. But how did this creature become a viral meme that’s taken over the internet? From her connection to music stars like Iggy Azalea and Lil Nas X to her comparisons to none other than basketball legend Shaquille O’Neal and her appearance in a viral TikTok phenomenon, here’s how the longtime childhood favorite Peppa Pig has become the talk of the online town in recent weeks — for all ages.

Here’s what to know about the Peppa pig meme’s rise.

Wait, who is Peppa Pig?

Peppa Pig is a four-year-old animated cartoon pig who has been appearing on a British children’s show of the same name since 2004. Intended for preschoolers, Peppa and her family and friends engage in a variety of adventures, with the narratives often also sharing educational messages for kids and, inevitably, ending happily. While it’s U.K.-based, it also airs in the U.S. on Nickelodeon and Nick Jr., and in many other countries around the world.

Episodes are five minutes long, with two short extended “films” associated with her. (There’s also a Peppa Pig Live stage show. And a line of books — and merchandise, of course.) The main characters are Peppa, who is a “loveable, cheeky little piggy,” her brother George, and “Mummy Pig and Daddy Pig.” Peppa wears clothes, lives in a yellow house on a hill and speaks English with a British accent, giving her and her family and friends many human characteristics. (Although they do like to snort.)

How did Peppa Pig become a meme?

In late July, Twitter went wild after accounts began to post jokes about Peppa Pig’s height, as discerned from a Google search. The reason for the uproar? Google “says” that Peppa is over seven feet tall, according to a meme account that first shared the shocking information on Twitter.

If Peppa Pig is indeed over seven feet tall — which the official Peppa Pig account has neither verified nor denied so far — then that puts her right up there with Shaquille O’Neal. Naturally, people have plenty of suggestions for how Peppa could parlay her physical attributes into a future career, perhaps in the NBA.

But the real shocker comes when you realize that Peppa isn’t even the biggest pig in her family.

What else should I know about Peppa Pig?

Her album, My First Album, came out July 19 — and promptly topped the iTunes charts and has become something of a viral sensation itself. It’s sung by voice actor Harley Bird and various children in the backup vocal roles. With songs like “Expert Daddy Pig” and “Let’s Get Ready!,” even adults couldn’t help but get in on the music. So stay tuned for more Peppa tunes, based on this early success. (“Baby Shark” who?) And, who knows, even some pop star collaborations to come, with tweets from Iggy Azalea and Lil Nas X hyping the potential.

What about Peppa Pig on TikTok?

There has also been another viral Peppa pig meme circulating on video platform TikTok since early July that features Peppa Pig. One user, @beasinthetrap, uploaded a selfie video of himself biting into a Peppa Pig Finders Keepers Chocolate Surprise and discovering the small pig figurine hidden within.

“Peppa, what are you doing in my chocolate?” he asks.

That video itself garnered lots of love on TikTok, to the tune of nearly a million likes over the course of the month. Thanks in part to the momentum due to Peppa’s album release and the height meme, this TikTok formula became a meme itself, with more users sharing popular TikTok posts that show them discovering Peppa in unusual places — like within a sunglasses case, or hidden in the midst of their video game. As it turns out, Peppa is everywhere. 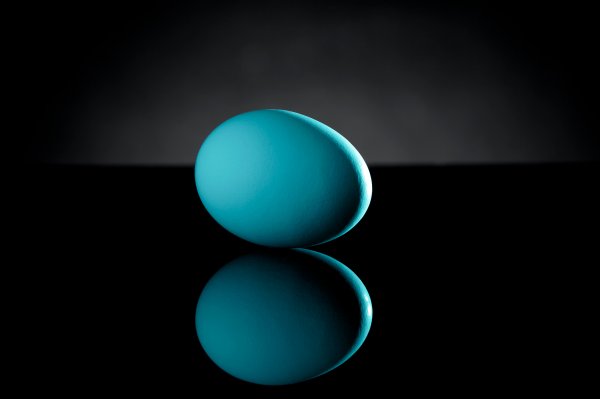 Everyone's Enthralled by This Craft Video of the 3-Day Jiggly Blue Egg
Next Up: Editor's Pick