The Popeyes vs. Chick-fil-A Memes Are the True Sandwich Battle Winners

The nationwide release of Popeyes new chicken sandwich has caused quite the stir in the mystifying world of fast food Twitter. Ever since the instantly popular sandwich’s August debut, the official Popeyes Twitter account has been going head to head with fellow chicken sandwich connoisseurs Chick-fil-A and Wendy’s, causing #ChickenWars to trend on the social media site.

But while the restaurants have been busy arguing over whose combination of bun, chicken and pickles makes for a more satisfying chicken sandwich experience, it’s the memes poking fun at the all-out fast food war that have won the internet’s heart.

Loyalists of each chain have taken to Twitter to share their thoughts on the debate in meme form, and it’s clear that people have strong feelings. Although some are down to accept the best of both worlds. “Me walking over to Chick-fil-A to get some waffle fries to go with my Popeyes chicken sandwich,” Twitter user Anthony Austin captioned with the appropriate gif of a woman in a trench coat, headscarf and sunglasses walking covertly down a hallway.

See some of the best Popeyes vs. Chick-fil-A memes below. 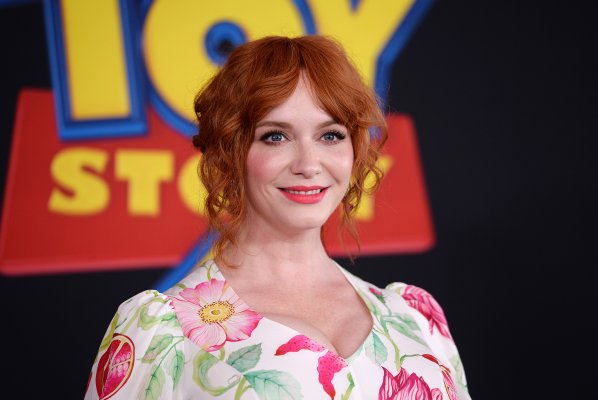 Christina Hendricks Was the Hand Model for the American Beauty Poster This Whole Time
Next Up: Editor's Pick