In case you hadn’t heard, Shaquille O’Neal — commonly known as Shaq — is a DJ now, going by the moniker DJ Diesel. But the famous 7’1″ basketball star isn’t just any VIP performer. During this weekend’s Tomorrowland music festival in the appropriately-named town of Boom, Belgium, Shaq not only played a full hour-long set for a crowd of thousands of techno-loving festival-goers, but also joined into the mosh pit during a set by the British dubstep and electronic rock duo Modestep.

In video captured by those at the scene, Shaq can be seen having what looks to be the time of his life at the very front row of the concert, right up against the metal barricades. (Sorry to anyone who happened to be standing directly behind him.)

And in a further video posted by Shaq himself and others, he joins in the mosh for a proper dance party. You don’t have to look too hard to find him, as he’s always the center of attention — and the tallest guy on the scene. “Sometimes is better to party WITH the people, than for the people ! [sic]” he captioned one Instagram post — an apt description. For this year’s festival — the 15th edition — headliners included artists like The Chainsmokers, DJ Snake, Afrojack and Armin van Buuren. Maybe next year DJ Diesel will be a headliner himself.

In subsequent posts, Shaq has showed himself dancing in further mosh pits — proving that this wasn’t just a one-time fluke of descending to the masses, but rather a part of his regular festival experience. He’s been on a very busy summer tour, traversing the globe as he puts on his show. (He’s currently scheduled for performances next in Ibiza and back at Belgium’s Tomorrowland for a second weekend, before returning to the U.S. for festivals in August.)

No matter how big he is, he’s still down to get down with his fans. 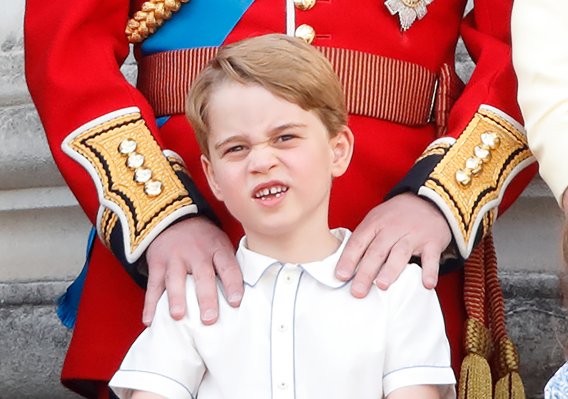 Gary Janetti's Fans Tell Us Why They're Addicted to His Cheeky Prince George Memes About the Royals
Next Up: Editor's Pick