If you’ve logged onto Twitter or swiped through your Instagram at any point this summer, you’ve definitely seen a post declaring it’s a hot girl summer. The now-ubiquitous phrase, a call to live your most confident and unapologetic life, was coined in the early months of the season by Houston rapper Megan Thee Stallion, whose colorful monikers for herself also include “the H-Town Hottie” and “Hot Girl Meg.”

“Hot girl summer,” a seasonal riff on Megan’s trademark boast of doing “real hot girl sh-t” year-round, acts as both a motto and a missive to her loyal fanbase (nearly 4 million across Instagram and Twitter), affectionately referred to as the “hotties.” Contrary to what one might assume when hearing “hot girl,” the lifestyle is not focused on aspiring towards conventional beauty or influencer clout. Instead, it’s an embrace of confidence at its most essential: loving who you are and doing what you want, without caring what others think.

In an interview with The Root, Megan, who was born Megan Pete and currently balances her booming rap career with online college courses at Texas Southern University, noted that hot girl summer is for “women — and men — having a good-a– time, hyping up your friends, doing you and not giving a damn what anybody has to say about it.” Later, the 24-year-old rapper, whose braggadocious, self-actualized rap persona follows in the legacy of Lil’Kim, Missy Elliott and Trina, took to her Twitter to offer a clear definition of what being a hot girl is really about.

In many ways, this moment was primed for the embrace of a hot girl summer. The social-media friendly catchphrase (the hashtag #hotgirlsummer has been used over 170k times on Instagram, while the hot girl summer has been used on Twitter a whopping 2 million times over the past month) distills an affinity, exhibited by many women in 2019, towards body positivity and self-affirmation. Hot girl summer, a hip-hop feminist manifesto, taps into these movements from many angles, championing confidence, sensuality and fun.

The “hotties,” for their part, have taken the call to have a hot girl summer seriously, with the hashtag being used 155,000 times on Instagram already this summer. “Heard it was a hot girl summer,” one Twitter user tweeted alongside a photo set of herself posing confidently, while another, a YouTube blogger named Angwi Tacho, posted a photo of herself emerging from a pool with the caption: “Hot girl summer still in effect.”

Tacho explained why she embraced hot girl summer to TIME thusly: “It’s a positive movement! Having a Hot Girl Summer is all about being the best version of yourself and doing what you want to do. It’s all about having fun.”

As might be expected, the rise of hot girl summer has also lent itself to humor. The phrase has been injected with self-deprecating irony and wielded for jokes about the summer’s intense heat waves, making it excellent meme fodder.

And as with most things on the Internet, it’s attracted its fair share of controversy. Although Megan clearly stated that hot girl summer is gender neutral, some trolls on the Internet were determined to make hot girl summer a battle of the sexes, pitting it against a “hot boy summer” or a “city boy summer,” the latter being a play on the rap group the City Girls (the duo is known for their fierce, take-no-prisoners approach to love and sex in their music).

Though the rise of hot girl summer has been swift and primarily used for the purpose of showing out while the sun is shining, it’s already been co-opted by companies for advertising campaigns. Wendy’s, Maybelline and Forever 21 are just a few of the corporate entities who have appropriated hot girl summer to promote their products. Megan, for her part, confirmed on Twitter that she is in the process of filing a trademark for the phrase that she made viral.

Beyond the viral hashtags and Internet squabbles, however, the spirit of hot girl summer ultimately hearkens back to its creator, Megan Thee Stallion, who shows no sign of slowing down her own hot girl summer: between tour stops and hyping her fans (Jada Pinkett Smith recently joined the hot girl movement), she announced last week that she’ll be dropping an official hot girl summer track that features none other than Nicki Minaj and Ty Dolla Sign.

Before the new song, titled appropriately, “Hot Girl Summer” dropped in August (the rapper announced the date via Twitter), it was already trending online.

Having a song trend online before it’s even released? Sounds like a true hot girl summer.

Update: The official Hot Girl Summer song dropped on midnight on August 9th, to the delight of hot girls everywhere. The song features vocals from Ty Dolla Sign and verses from Nicki and Megan Thee Stallion. Listen to it below. 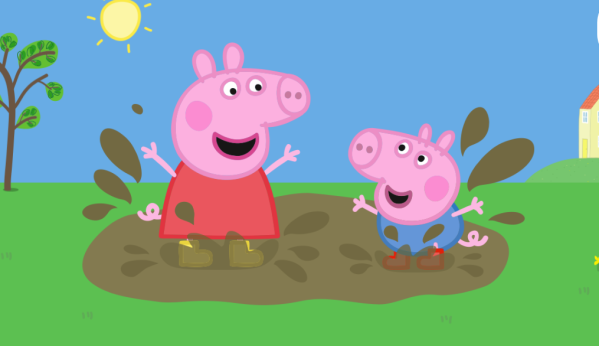 Here's Everything You Need to Know About the Peppa Pig Meme
Next Up: Editor's Pick