Why Congress Made Labor Day a National Holiday

Nowadays, many think of the Labor Day holiday in the U.S., which falls on the first Monday in September — Sept. 6 in 2020— as a day for cookouts or shopping deals. But its origins date back to two gatherings of another, more politically motivated sort.

One was a “monster labor festival” featuring of a parade of unions and accompanying picnic, which took place on Sept. 5, 1882, in a New York City park. That gathering is thought to have attracted as many as 10,000 marchers, according to Linda Stinson, a former Department of Labor historian. They listened to speeches in support of workers’ rights, and — in lighthearted activities more in the spirit of what goes on today — people drank beer, danced and set off fireworks.

The other event was a darker one. On May 11, 1894, in a company town outside Chicago, employees of the railway sleeping car mastermind George Pullman went on strike when their wages didn’t go up after the economy tanked. In a show of solidarity, the American Railway Union — said to have boasted 150,000 members at the time and led by famous socialist Eugene Debs — refused to operate Pullman train cars, snarling mail delivery and prompting President Grover Cleveland to send in federal troops to break up the strike. Rioting and arson broke out, and it evolved into what’s now considered one of the bloodiest episodes in American labor history.

A national Labor Day holiday was declared within months.

Some experts say Cleveland supported the idea of such a holiday, which already existed in several states, in an effort to make peace with the unions before he ran for re-election. (He would lose anyway.) But perhaps one of the most eloquent explanations of why the federal government saw fit to declare the holiday can be found in a Congressional committee report on the matter.

Sen. James Henderson Kyle of South Dakota introduced a bill, S. 730, to Congress shortly after the Pullman strike, proposing Labor Day be the first Monday in September. Here’s how Rep. Lawrence McGann (D-IL), who sat on the Committee on Labor, argued for the holiday in a report submitted on May 15, 1894:

Now, more than a century later, Labor Day is firmly entrenched on the American calendar — but it does still come with at least one, much smaller, controversy: the old fashion debate over whether it’s taboo to wear white after Labor Day. 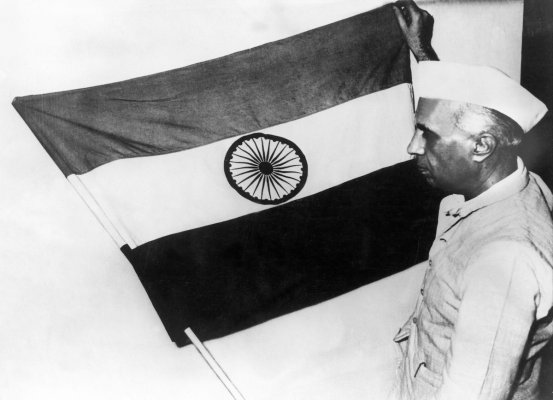 How India Celebrated Its First Independence Day 70 Years Ago
Next Up: Editor's Pick