Hong Kong has been rocked by anti-government unrest since early June. The protests began as peaceful marches against a now suspended bill that would have allowed the extradition of fugitives to mainland China. But they gradually morphed into a push for greater democracy and a rebellion against what is seen as Beijing’s increasing encroachment on Hong Kong’s freedoms, leading to violent clashes between demonstrators and police.

The ongoing unrest has taken various forms: millions-strong marches, a blockade of the police headquarters, the storming of Hong Kong’s legislative council building, and a tense occupation of Hong Kong’s international airport that led to the cancellation of hundreds of flights. As the protests continue into their twelfth week, there’s no telling what happens next.

TIME’s senior editor Feliz Solomon has covered the situation from day one. She has spent time on the ground talking to protesters, dodging tear gas canisters, and interviewing experts and analysts to understand the issues while reporting her stories (including this week’s Asia cover) on the political crisis.

This Wednesday, Aug. 21, Solomon will participate in a Reddit AMA to answer your questions about the ongoing tensions, what it feels like to be tear-gassed and anything else you may want to know. The AMA will take place here from 7 p.m. ET to 8 p.m. ET.

In addition to her work in Hong Kong, Solomon has reported extensively across South and Southeast Asia and written stories on the Wild Boars soccer team trapped in a cave in Thailand, the struggles exiled Rohingya face in Bangladesh, Thailand’s first transgender prime ministerial candidate, the devastating 2018 Sulawesi earthquake in Indonesia and press freedom in Myanmar. 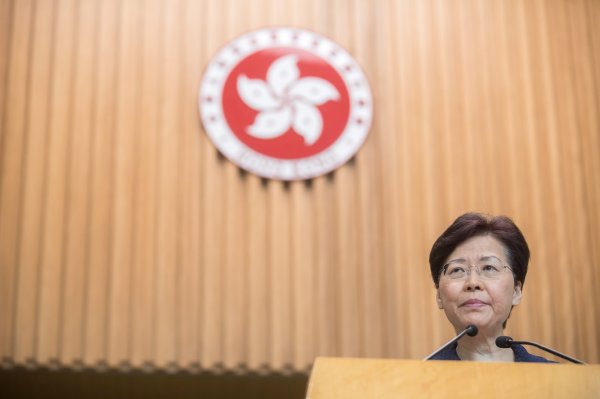