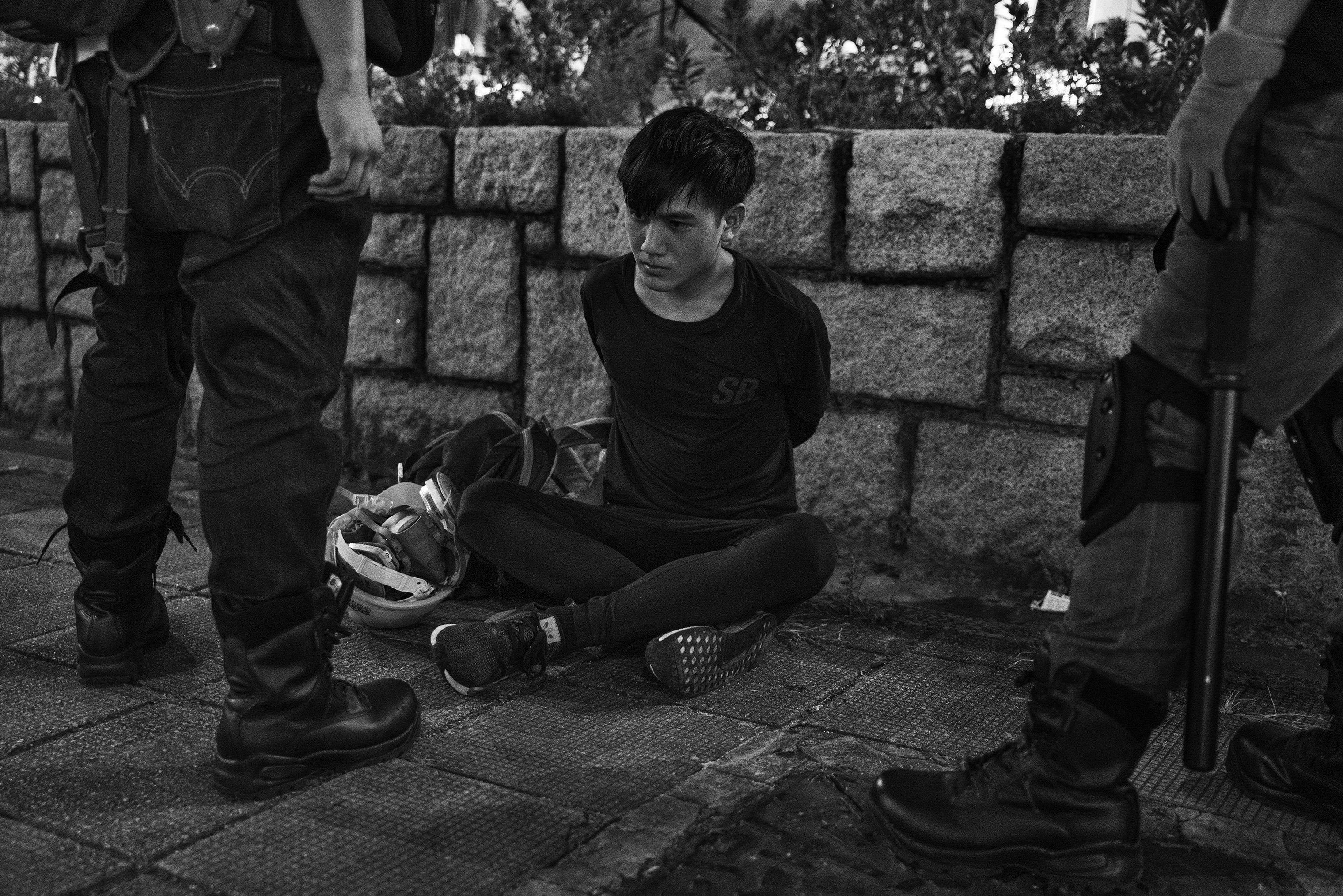 An antigovernment protester is arrested near the Tsim Sha Tsui police station in Kowloon, Hong Kong, on Aug. 11.
Adam Ferguson for TIME

Photographs by Adam Ferguson for TIME | Text by Feliz Solomon

It has been a long, volatile summer in Hong Kong, where anti-government protests are well into their third month with no clear end in sight.

Stakes are ratcheted higher each week as police and protesters face off amid thick clouds of tear gas and flying debris.

Photograph by Adam Ferguson for TIME

Ferguson, who also covered Hong Kong’s pro-democracy Umbrella Movement in 2014, says the current unrest is more radical, driven by a desperate energy. “This time people are angry, there’s a volatility and lawlessness,” he says. “The students are prepared to fight.”

The crisis in Hong Kong is the most serious to rattle the former British colony since its return to Chinese sovereignty in 1997.

It began on June 9, when organizers estimated one million people joined a march against a bill that would have allowed the extradition of fugitives to the mainland.

A police officer prepares for an antigovernment protest near the Tai Po police station on Aug. 10.
Adam Ferguson for TIME

But the movement awakened deeper anxieties about the city’s future under Beijing’s authoritarian rule, developing into a broader fight to defend the freedoms that distinguish Hong Kong from the rest of China.

Protests have continued despite the government’s suspension of the bill. The leaderless movement demands an official withdrawal of the bill and an inquiry into allegations of police brutality, among other aims.

The China-backed government has dug in its heels, each week escalating tactics to put an end to the storming of the streets.

Clashes have become more violent, grievances driven deeper with each rubber bullet and tear gas canister that explodes into the masses.

“The real issue is what comes next for Hong Kong, not the daily mayhem between police and protestors,” says Ferguson. “Tear gas and arrests have become a smoke screen for a larger conversation that needs to happen. Something has to give.”

Antigovernment protesters grab tear-gas canisters fired by police during a protest near the Legislative Council in Hong Kong on Aug. 5.
Adam Ferguson for TIME
More Must-Read Stories From TIME