Amid the Ruins of Sulawesi, Earthquake Survivors Take Stock

A quake-affected resident looks on at the quake-hit Petobo village in Palu on October 11, 2018, following the September 28 earthquake and tsunami that hit the area. - Indonesia on October 11 called off the grim search for those killed in the quake-tsunami, with no hope of retrieving around 5,000 bodies believed to be still buried under the ruins nearly two weeks after the disaster. (Photo by OLAGONDRONK / AFP) (Photo credit should read OLAGONDRONK/AFP/Getty Images)
OLAGONDRONK—AFP/Getty Images
By Feliz Solomon / Palu

No morning is normal for Fatmawati Amir Thang since the waves came and swept away her daughter. Some days she begins by visiting the hospitals to see if maybe, this time, they found her. On others she checks the displacement camps, the mosques and churches where survivors sought refuge in the aftermath of the disaster that struck the Indonesian island of Sulawesi. On days when she is losing hope, like this one, she goes to the mass grave.

Fatmawati and her husband spent their daughter Fika’s fourth birthday perched on a stranger’s tombstone, waiting for trucks to arrive to see if they carried any tiny body bags. On Sept. 28, Fika was with her grandmother, a vendor who sold snacks by the waterfront, when a 7.5-magnitude earthquake struck the island and triggered tidal waves up to 20 feet high that pounded the city of Palu. It was the second of three surges that tore the child from her grandmother’s arms. “We looked every-where, we asked everyone, all along the coast,” says Fatmawati, 30, fighting back tears and swatting away flies that swarmed the site where hundreds of bodies have been brought over the past week. “I will be ready to let her go if I could just see her body, if I could just see her face.”

Tragedy borne of disaster is a frequent visitor to Indonesia, a Southeast Asian archipelago straddling the Pacific Ring of Fire, one of the world’s most seismically active zones. Roughly 81% of the most powerful earthquakes ever recorded have taken place along this horseshoe-shaped strip running from New Zealand to the tip of South America. Indonesia is particularly volatile; the latest disaster was the fourth here to claim more than a thousand lives since the Indian Ocean tsunami of 2004 killed about 228,000 people in 14 countries, mostly on the Indonesian island of Sumatra.

The triple strike of the Sulawesi quake, the tsunami and a temblor–induced phenomenon called liquefaction took a brutal toll. At least 2,010 people have been confirmed dead, while about 5,000 others are believed to be buried under rubble or swept out to sea. Search-and-rescue operations were due to end on Oct. 11, as hopes faded of finding anyone alive. The missing are deeply buried and likely decomposed beyond recognition. The survivors are left to try to make sense of the cataclysm and wonder what could be done better next time.

At the top of Poboya Mountain to the east of Palu, Mahdin, who like many Indonesians is known by only one name, waits alongside Fatmawati. The 40-year-old tractor operator has been here since two days after the disaster, laying soil over the unidentified corpses placed on the floor of a crater the size of a swimming pool.

“For the first two days I felt sick, but now I am used to the smell,” Mahdin says. A look of anguish sweeps over his face at the thought of the volunteers carefully lowering the dead into the pit. “I can’t see their faces because they wear masks,” he says, “but I can feel their sorrow. I am sure of it.”

Indonesia is the world’s largest -Muslim-majority nation, and most of Palu’s residents adhere to the faith, which forbids cremation and requires immediate burial. The risk of disease increased the urgency for disposal of the dead. Sulawesi is also home to a large number of Protestant Christians, a legacy of its Dutch colonial past. In death, and without ceremony, followers of both faiths were laid together in the first of the city’s mass graves. There will soon be at least two more; authorities have said that the worst-hit areas, Balaroa and Petobo, were demolished so completely that they may be designated as cemeteries and never rebuilt.

Both neighborhoods were instantly made into mountains of junk by liquefaction. That’s when an earthquake churns underground water and silt into a thick, dark sludge. Where the ground split open, mud erupted through the surface. Streets and buildings were freed from their foundations; survivors said everything solid looked as though it had melted and wobbled like gelatin. As the ground ebbed and flowed, it swallowed up cars, houses, people, animals. When it slowed to a stop, nothing stood where it was before. In Sibalaya, a remote village east of Palu, a soccer field that used to be on one side of a road ended up on the other. Houses “floated” 600 meters, ending up in a gnarled pile of lumber and corrugated metal.

“I saw the road open up. The street looked like a wave of water,” says Haji Dadi, 48, a carpenter who fled his Petobo home with his father on his back. Houses exploded as he ran past them, ripped apart by the pressure. “Pow! Pow! Pow!” he says, pointing with each syllable to the place where a different home stood before it burst. Balaroa was left in much the same state: a junkyard that reeks of rotting flesh. Faded family photographs, university papers and bits of broken housewares make up piles of waste where thousands of homes once were.

But surrounded by the dead, Palu itself is slowly coming back to life. A little more power is switched on each day. A few food stalls and shops have opened. As authorities abandon their effort to unearth more corpses, humanitarian workers take stock of what’s left. More than 70,000 people are now homeless in this city of about 380,000. Many camp out in clusters of tents sprinkled throughout the town.

Some simply want to leave. Thousands sit outside the mostly defunct airport hoping for one of a few hundred seats on Hercules aircraft departing to the provincial capital Makassar each day. “I heard people say that it will happen again,” says Dewi, 30, who watched her street fall into a sinkhole. “I decided to leave because someone said there will be another one, a bigger one, and Palu will sink into the mud.”

Others are staying, in the hopes of returning to some kind of normality. At the direction of President Joko Widodo, Indonesia’s National Board for Disaster Management pledged to provide temporary shelter known as huntara, meant to last a month or two until residents can rebuild.

The experience of Lombok, another Indonesian island struck by a deadly quake, in early August, gives reason to doubt a speedy recovery here. The 6.9-magnitude quake that killed more than 400 people was much less destructive, yet two months later little progress has been made. Although the World Bank is offering Indonesia’s government a combined $600 million in loans for rebuilding and repairs in Sulawesi, aid workers warn Palu’s squalid displacement camps could be there for years.

Beyond the city limits, roads ripped apart by the quake left dozens of villages completely cut off without water, power, telecom service or food from neighboring towns. Six army helicopters make four flights each day to these hard-to-reach hamlets, messily dumping out piles of instant noodles, durian-flavored cake, baby formula and medicine, and loading up those with the worst injuries. While international aid has arrived from the U.S., Australia, Singapore and elsewhere, the response is primarily domestic.

“We’ll stay as long as it takes and as long as our orders keep us here,” Captain Albert Taroreh, who co-pilots a MI-17V5, tells TIME on a sortie bound for the village of Kulawi, one of the few with a space large enough for landing. Regretfully, he says, “If they don’t have a soccer field, we can’t get to them.”

No alarms were sounded before the disaster struck. While earthquakes are essentially unpredictable, tsunamis can take several minutes to hit the coastline after a temblor—long enough for people to take shelter or flee to higher ground, if given sufficient warning. Yet authorities admitted that the dozen or so detection buoys placed in the Makassar Strait were damaged beyond reliability. A tsunami warning was issued immediately after the quake struck, with an epicenter some 48 miles north of Palu, only to be lifted shortly after as faulty sensors misread the water levels.

Experts say the only foolproof warning is the quake itself. Residents should be taught to run, and governments should give them a place to run to. “A sensible approach is to design structures that can survive seismic shaking, ground displacements and liquefaction intact and provide a vertical evacuation route,” says Willem de Lange, an earth scientist at the University of Waikato in New Zealand, who has done extensive research on the island. “In my opinion,” he adds, “the authorities could have done more to prepare and hopefully will do so before the next event, which we expect to be within 20 to 30 years.”

Minimally more preparedness might have made a difference for Fika, whose parents still roam the city to find her. “We asked the military, and they said they found a little girl who was injured and sent her to Makassar,” Fatmawati says, clinging to even the most remote possibility. “We can only hope it is her.”

—With reporting by Yunita Tarau 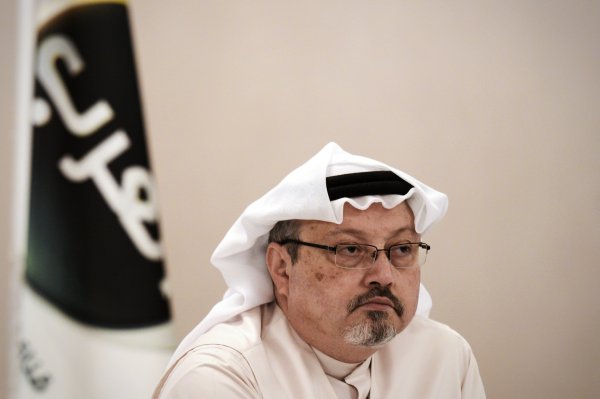