The 10 Best Horror Movies on Netflix to Stream Right Now

Some people reserve their horror movie binge-watching exclusively for the Halloween season. But true fans know there’s no reason not to enjoy scary movies on Christmas or Valentine’s Day or just another Tuesday night.

Whatever the occasion, a good horror movie can turn any night into the stuff of nightmares — for those who like to wind down with a sweaty brow and an elevated heart rate. From supernatural horror movies like The Conjuring that bring those childhood fears of ghosts to the surface, to slasher and serial killer movies like Hush that tap into the ugliest real-life terrors, there’s a horror movie currently available to stream on Netflix for every brand of scary.

See the full list of TIME’s picks for the 10 best horror movies on Netflix to stream below.

Based on horror master Shirley Jackson’s classic 1962 novel of the same name, We Have Always Lived in the Castle stars Alexandra Daddario and Taissa Farmiga as Constance and Mary Catherine “Merricat” Blackwood, two sisters who have lived isolated in their family mansion with their wheelchair-bound uncle (Crispin Glover) since the poisoning deaths of their parents six years prior to the events of the movie. But when a handsome young charmer (Sebastian Stan) bearing a remarkable resemblance to their father shows up claiming to be their cousin, things swiftly begin to go off the rails.

Vera Farmiga and Patrick Wilson star as married demonologists Ed and Lorraine Warren in this fresh take on the haunted house genre that will have you praying you don’t start hearing things go bump in the night. Come for the allegedly “true story” of the 1970s haunting of the Perron family, stay for the bounty of jump scares and terrifying depictions of demonic possession. Be forewarned: The Conjuring earned an R rating not for any of the usual reasons (nudity, profanity), but simply for being that scary.

Paranoia reigns supreme in this slow-burning psychological thriller about a devout Puritan family that falls apart at the seams after being banished from their 17th-century New England settlement over a religious dispute. But it’s not until the family’s newborn baby boy is stolen out from under his sister’s (Anya Taylor-Joy) nose that the horror truly begins. Inspired by written accounts of historical witchcraft — as a closing title card notes — director Robert Eggers’ The Witch brings the terror of colonial folklore eerily to life.

What do you get when you mix malevolent spirits, suppressed childhood memories and a spine-chilling twist? A movie that’s widely considered to be one of the most effective scary films of the past decade. In Insidious, horror master (and The Conjuring director) James Wan gives viewers a haunted house movie that turns the genre on its head by exploring what might happen if it wasn’t a home itself that was haunted — but the people living inside it.

If you think you’ve been to a dinner party from hell, just wait until you see The Invitation. Karyn Kusama’s fourth directorial outing opens with Will (Logan Marshall-Green) and his new girlfriend Kira (Emayatzy Corinealdi) driving through the Hollywood Hills on their way to a dinner party at the home of his ex-wife Eden (Tammy Blanchard) and her new husband David (Michiel Huisman). Nothing too scary there. But the tension escalates from that point — though as far as this uber-tense psychological thriller goes, the less you know going into it, the better.

Make no mistake: Hush is a slasher film that checks many of the cliché boxes associated with the genre. But director Mike Flanagan’s decision to spotlight a deaf protagonist puts a terrifying new spin on the home invasion premise that makes this straight-to-Netflix fright fest a worthy watch. (As long as you ensure that all your doors are locked before pressing play.)

The satirical slasher flick that gave new life to the masked killer genre features memorable performances by the likes of stars including Drew Barrymore, Neve Campbell and Courteney Cox. Directed by A Nightmare on Elm Street‘s Wes Craven, the self-aware Scream is a horror classic that still stands the test of time.

If you’ve somehow managed to avoid mention of The Sixth Sense‘s hair-raising twist ending in the 20 years since it hit theaters, then boy are you in for a treat. But even if you do know what happens after Cole (Haley Joel Osment) tells Dr. Malcolm Crowe (Bruce Willis) that he “sees dead people…all the time,” M. Night Shyamalan’s The Sixth Sense is a timeless ghost story that will leave you wondering if you’re actually alone in the room.

The supernatural thriller Before I Wake chronicles the horror that unfolds when a couple discovers that their newly adopted son’s dreams — both good and bad — manifest themselves in reality. This fantasy-horror flick, starring Room‘s Jacob Tremblay, not only provides the jump-scares, but it also delivers an unexpectedly nuanced exploration of grief.

Before Eleven (Millie Bobby Brown) came along in Stranger Things, the most famous telekinetic teenage girl to make her mark on the pop-culture landscape was Sissy Spacek’s Carrie. This 1976 horror classic was the first of Stephen King’s stories to be made into a film and is widely considered one of the best adaptations of his work of all time. If that’s not enough to get you onboard, it also features one of the most unforgettable — and bloodiest — prom scenes in movie history. 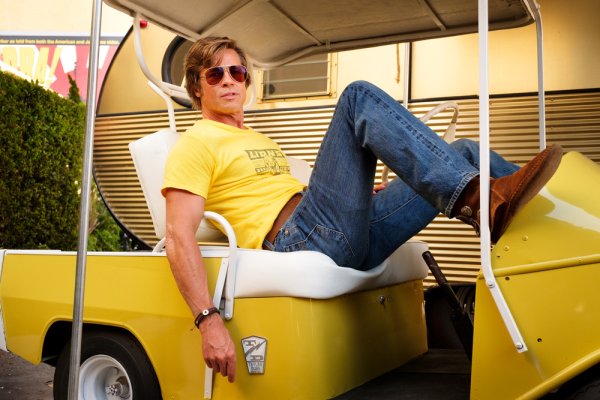 Deconstructing the 'Once Upon a Time... in Hollywood' Soundtrack
Next Up: Editor's Pick