Korede, the practical young nurse in Lagos, Nigeria, who serves as the narrator of Oyinkan Braithwaite’s buzzy and darkly comedic debut novel My Sister, the Serial Killer, can’t seem to signal her affections to Tade, the handsome doctor who works in her hospital. She’s unlucky in love, to be sure–but not nearly so much as the boyfriends of her beautiful younger sister Ayoola who keep turning up dead.

What the police don’t know, but Korede does, is that Ayoola prefers to deliver a knife to the heart rather than risk a potential rejection. “Three and they call you a serial killer,” Korede reminds her sister, after being called yet again to help disappear the body of a bad date. But when Ayoola attracts the attention of the dreamy Dr. Tade, Korede must decide whether or not to warn him. Blood may be thicker than water–but Korede is running out of bleach.

Braithwaite, a poet, writer and editor who lives and works in Nigeria, wields a colloquial idiom and quick wit with aplomb, crafting a vibrant world in which sisterly bonds and obligations run up against morality. She illustrates for an American readership that recent re-evaluations of how dynamics should play out between men and women have hardly been confined to the U.S. The deeper questions that abound here are all timely: Is Ayoola’s moral compass so damaged because of the sisters’ abusive late father–and therefore outside of her control? Did the men perhaps deserve it? Don’t all men perhaps deserve it? And aren’t we all ultimately monsters, each in our own way? (The answers, as Braithwaite knows, are maybe, no, no and no. But asking the questions is provocative enough.)

Braithwaite has updated these downright Dostoyevskian ideas for the social-media set, and the interrogation of how technology intersects with their lives only adds to the novel’s campy appeal. Ayoola loves to flaunt on Snapchat and Instagram–sometimes a bit too soon after committing one of her murders–while Korede spends her free time watching TED talks. But beneath the Weekend at Bernie’s–style morbid hilarity lies a real examination of the often nettlesome bonds of family, and what we owe to the ones we love. 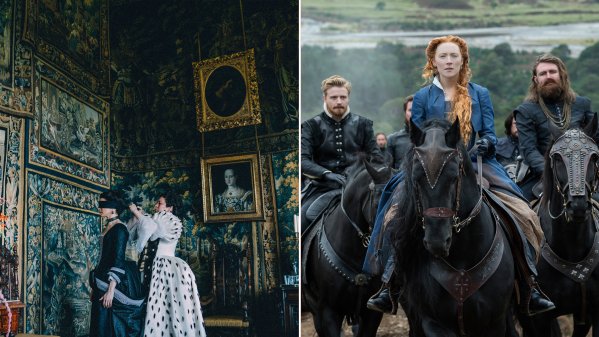 Men Are Beside the Point in Two New Films That Give Female Friendship the Royal Treatment
Next Up: Editor's Pick