Review: The Conjuring 2 Stirs Up Some Chills, Just Not Where You'd Expect

There are at least three different movies wrestling to take possession of The Conjuring 2, speaking through it in funny, confused voices and preventing it from being the fine, subtle horror chiller it might have been. Its predecessor, The Conjuring (2013), was a huge surprise hit: Vera Farmiga and Patrick Wilson played (real life) demonologists Ed and Lorraine Warren, investigating strange goings-on at a Rhode Island farmhouse, newly occupied by a large family headed by Lili Taylor and Ron Livingston. Director James Wan dotted the movie with the requisite jump moments, but he also brushed it with a low-gloss, chilly sheen.

The Conjuring 2 should have been more of the same. Instead, it’s just 2 much. There’s so much plot here, and so many extraneous effects, that the real spookiness at the movie’s heart is obscured. The story is based, roughly, on the true-life and sort-of famous Enfield hauntings of the late 1970s, in which a working-class family living in a council house in northern London were tormented by a strange presence, one that seemed particularly fixated on preteen Janet Hodgson (played here by Madison Wolfe). The case attracted lots of media attention in Great Britain, and a Google search will bring up pictures of the real-life Janet Hodgson levitating—or “levitating,” depending on your level of skepticism—from her bed. Whether you believe in ghosts or not, the pictures of this small, skinny girl in her nightie, seemingly leaping from her bed with all muscles tensed, are strange and spooky.

The Conjuring 2 captures a sense of that ominousness—until Wan becomes distracted, throwing in dozens of other things (like a malevolent spirit taking shape from a creepy toy) that don’t need to be there, and repeating certain effects (a grouch-spirit growling “This is my house”) so many times that they lose their potency.

In the end, the effect is more one of boredom than terror. But there are still some out-there elements in The Conjuring 2 that are just odd enough to startle and surprise, and sometimes they’re not even the scariest things. Farmiga and Wilson return as Ed and Lorraine, and this time around, the movie focuses more on them as a couple, lovebirds united in their devotion to investigating paranormal activity. Their coo-cooing becomes a bit much. But the movie’s earlier scenes, showing single mom Peggy Hodgson (Frances O’Connor) moving her family into dismal new digs, are extraordinarily effective, partly because they capture the anxious cheeriness in the face of despair that so many families, at one time or another, need to conjure. A gorgeous, sinuous tracking shot gives us a sense of the house’s space: Wan and cinematographer Don Burgess (who has worked frequently with Robert Zemeckis) show us, in one deft, swooping movement, how small the space is, and who sleeps where. We see the small tent made of blankets that the family’s youngest child has set up at the end of the hallway. You can bet that tent will play a huge role later, but the first sight of it is eerily luminous and beautiful, a symbol of the place where childhood play and childhood fears intersect.

Furniture moves of its own accord. An inexplicable banging is heard within the walls. A spectral figure appears in a saggy old armchair, and commences to communicate through a vulnerable child. You know the drill. The most haunting scenes here are the quieter ones: When the Warrens are finally summoned to the Enfield house—their assignment is to check it out, just to see if the Catholic Church should mosey on over and perform an exorcism—they spend lots of time wandering about and asking questions, as well as setting up a tape recorder to catch the house’s malevolent presence speaking through Janet’s mouth.

Yet the things Janet says on her own have more meaning, and Wolfe plays her with a believable sense of preadolescent shyness and bewilderment. In one of the movie’s finest scenes (and the least scary, in the jump-scare sense), she opens up to Lorraine about her inability to sleep at night. She’s tired, tired, all the time. Sometimes she’s allowed to sleep at the nurse’s office at school, but it doesn’t help much. She’s small and frail-looking, and her eyes are shadowy. Whatever weight she’s carrying—whether it’s torment by a ghost or just her anxiety over with the fact that her father has recently quit the family—it’s too much for her to bear.

The oddest and most wonderful moment in The Conjuring 2 has no reason to exist at all. At one point, Patrick Wilson’s Ed Warren, a self-professed Elvis fan, takes up a guitar and serenades his wife and the Hodgsons with a rendering of “I Can’t Help Falling in Love with You.” At first, Wilson plays the moment as a gag, leaning in hard with a cartoonish Presleyan sneer. But he’s so good at mimicking Elvis’s voice, with all its rolling velvetiness, that the moment transmutes into something weird and far-reaching, a kind of whispered yearning. Ed sings the song to amuse and distract the family, and to express his love for Lorraine, who looks on, beaming his affection right back. But the “reasons” for his singing are the least interesting elements of the scene. In real life, the ghostly activity at the Enfield house took place between 1977 and 1978. In the movie’s universe, Elvis may have been very recently departed at the moment Ed picks up that guitar. The song itself is a specter, a translucent breath hanging in the air, being channeled through a man who’s singing like a ghost. Why is the song there, and why does it sound so beautiful? It’s the movie’s only truly haunted, inexplicable moment. 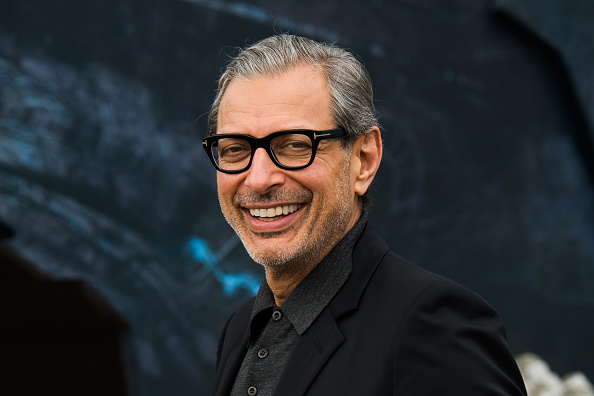 Watch Jeff Goldblum 'Debunk' a Popular Theory About His Independence Day Character
Next Up: Editor's Pick