Anya Taylor-Joy in The Witch.
Jarin Blaschke
By Stephanie Zacharek

The subtitle of Robert Eggers’ intense and unnerving feature debut The Witch is A New-England Folktale, and once you’ve seen the movie, you’ll think even ye olde unnecessary hyphen is scary. The Witch, creeping along with its divining rod of dread, covers lots of ground, even beyond our universal fascination with, and fear of, the supernatural: Can the onset of adolescence, particularly in girls, trigger supernatural whirls of energy capable of attracting evil? Is nature our friend, and can its various creatures be trusted? Can we ever truly come to terms with the self-righteous wrongdoing that litters our collective American past? Set in 1630 New England, The Witch is partly the story of a family torn apart by mysterious evil, but like any folktale, its true function is to nose around deeper, murkier anxieties. Eggers draws those vexations out of hiding in all their moist, miserable glory, like dubious mushrooms unearthed from a woodland floor.

Thomasin (Anya Taylor-Joy, a waifish blond with the look of a faerie child fresh off the lily pad) is the eldest daughter in a family of five that has recently been banished from their plantation. The father, William (Ralph Ineson), apparently has some religious notions too rigid even for the local Puritans, so he gathers his tight-knit, ultra-pious brood and heads for more remote territory, optimistically planting crops that he’s sure will sustain his family. But he’s wrong—the crops ultimately fail—and an even more horrible fate befalls the group shortly after they set up their homestead: The glowing, robust babe to whom mother Katherine (Kate Dickie) has recently given birth is mysteriously snatched away, under Thomasin’s watch.

From there, the strange and terrible events mount, and it’s clear (to us, at least) that the source of all these scourges is someone—or something—lurking in the eerily silent gray-green forest that borders the family’s property. And nothing improves when Thomasin and her younger brother, stalwart and principled Caleb (played by a soulful young actor with a whale of a New England name, Harvey Scrimshaw), venture there. The events that unfold lead Thomasin’s family to suspect that she might be a handmaiden of Satan—and we wonder too if, wittingly or not, she has become a conduit for evil.

The Witch has been made with extreme care, and part of what makes its supernatural elements so terrifying is that Eggers is also in tune with the more ordinary challenges of just being human: This is a family out of synch with a strange new land, their hearts and minds still connected by ghostlike threads to the old one. In one of the movie’s most touching—and least scary—scenes, Thomasin quizzes Caleb about what he remembers of England and the world they came from—a world of stained-glass windows and silver cups that’s a far cry from the rugged, inhospitable landscape of their current home. Eggers also recognizes that Caleb is just at the age when he’s beginning to take an interest in sex, and his comely older sister is the only desirable woman in sight: Now and then the boy steals a glance at her mostly covered-up bosom—when we see Thomasin through his eyes, the camera lens picks up his guilt, too, as if it were a specter.

The Witch is aware, every moment, of the slender but strong tether between the natural world and the unearthly one. Eggers (who has previously worked as a production and costume designer) and cinematographer Jarin Blaschke shot most of the movie in natural light, though morning, noon, or evening, every minute on this accursed farm looks like twilight—this is an Early American world shrouded in translucent dread. Although Eggers is extremely discreet—the things you don’t see are more horrifying than those you do—the picture’s relentlessness sometimes feels like torment, a quasi-Biblical punishment with an unpleasant sheen.

But if you can survive it, The Witch is a triumph of tone. Some of the creepiest things in it are also the most seemingly benign, like a sequence in which Thomasin’s young twin siblings, mini-adults in stiff grown-up clothes, cackle and chortle and chant as they taunt one of the family goats, a shaggy black beast with spiraling horns. Something about those kids just isn’t right, but damned if you can put your finger on it. 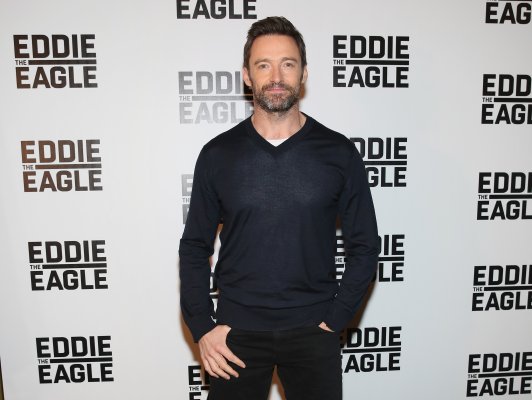