Midsommar Loses Its Plot Under a Sinister Midnight Sun

Hell is other people’s customs. That could be the tagline for Ari Aster’s terror-round-the-maypole dread-fest Midsommar, if the movie had even the remotest sense of humor about itself. Dani (Florence Pugh), a young psychology student who has just lost her sister and parents in a horrific incident, accepts a reluctant invitation from her loser boyfriend Christian (Jack Reynor) to join him on the trip to Sweden he’s about to undertake with some buds from his graduate program. One of the guys, the excessively mild-mannered Pelle (Vilhelm Blomgren), has invited the group specifically to observe a traditional midsummer celebration hosted by the people of the small, cloistered community in which he was raised. There will be flowers, singing, men and women in white robes, and filleted human corpses flopping about. Skal!

Midsommar is Aster’s follow-up to his 2018 grief-a-go-go art-horror exercise Hereditary–and beware the filmmaker who’s exercising, when just making films will do. Aster has some good ideas, and skill at bringing them to life onscreen: there’s a flower crown, worn by a fair maiden, whose blossoms appear to breathe–it blinks at us lazily, like a malevolent sea creature. Midsommar–in places reminiscent of the 1973 British horror classic The Wicker Man–is best during these wild and spooky storybook moments. Nature is all around, and it’s not always your friend.

But Aster is obsessed with building tension to the point of losing the plot. He can’t stop at merely glancing or suggesting. Instead, he’s constantly reminding us–with ominous references to runes and sacred books, with tastefully framed shots of a deformed oracle who’s the product of incest, with dialogue that tries in vain to make you care about the travails of young, self-absorbed academics–that this is “smart” horror and not your run-of-the-mill scare-fest. Pugh, who was so chillingly blank and wonderful in William Oldroyd’s 2016 revenge-of-the-wife drama Lady Macbeth, gives a sturdy performance, but she’s lost in the midst of Aster’s obsession with grisly Hieronymus Bosch–tinged tableaux and icky, smashed skulls à la Francis Bacon. There’s also some decidedly unsexy ritualistic sex, as naked old people look on. Enter the love shack at your own risk. 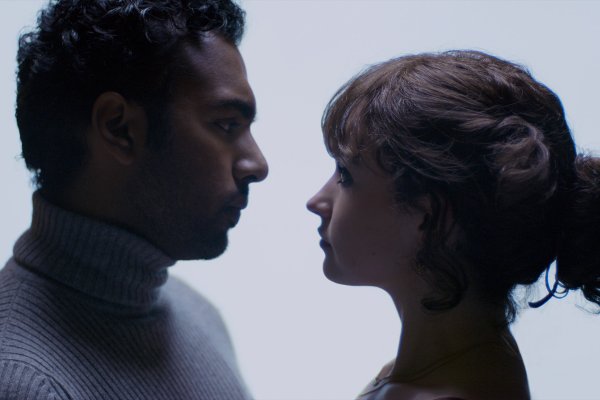 Yesterday Is a Rom-Com That’s Perfectly Charming If You Don’t Look Too Closely
Next Up: Editor's Pick