If You Like Sex Education, You’ll Love Mindy Kaling’s The Sex Lives of College Girls

Mindy Kaling knew what she was doing when she titled her new HBO Max comedy The Sex Lives of College Girls. It sounds like a phrase you’d see splashed across the cover of a 1950s pulp novel or a ’70s Times Square marquee—which is sure to get all kinds of subscribers clicking play. The truth, Kaling recently explained to the Hollywood Reporter, is that she and co-creator Justin Noble “wanted to tell a story of four passionate, bright girls in college. The romantic stuff just felt like a good hook.” In fact, as TV shows about young adults go, this one is pretty wholesome.

Which is not to say that it isn’t also frank about, well, the sex lives of college girls. Premiering Nov. 18, this warm, observant and often gleefully raunchy show follows four very different freshman suitemates through their first months outside the nest at Vermont’s prestigious, fictional Essex College. As a creator, Kaling has historically struggled to rework, rather than just recycle, the clichés of genres that she knows inside and out (see: her rom-com series The Mindy Project and Four Weddings and a Funeral). But, taken together with her Netflix teen hit Never Have I Ever, College Girls suggests that coming-of-age stories might be her forte.

At the core of the show’s appeal are the mismatched main characters, each one lovable and frustrating in her own way. Fresh off a run as toxic alpha Regina George in Broadway’s Mean Girls, Reneé Rapp plays rich New Yorker Leighton, an Essex legacy with a frat-boy older brother, sorority ambitions and a pair of high-school friends who dumped her as a roommate. Her polar opposite is Kimberly (Pauline Chalamet, best known for The King of Staten Island and being Timothée’s sister), a naive, working-class aspiring girlboss who’s still dating her hometown boyfriend and feels uncomfortable surrounded by so much wealth. Whitney (promising newcomer Alyah Chanelle Scott), a soccer phenom whose teammates don’t know she’s sleeping with the coach, is the daughter of a senator (Sherri Shepherd, in a fun recurring role).

While College Girls positions Kimberly as the regular-girl audience surrogate at first, its true hero—in my estimation, at least—is Bela (played by inevitable breakout Amrit Kaur), a recovering dweeb who’s determined to reinvent herself. “Four months ago I was an Indian loser with cystic acne, sweaty armpits and glasses,” she reminds her parents on move-in day. “But with one Lasik procedure, an Accutane prescription and medical-grade Botox injected into my armpits, I’m normal.” She’s hoping to get a coveted staff position at white-male-dominated campus humor magazine The Catullan, whose alums tend to go on to distinguished comedy careers, despite her parents’ impression that they’re paying for a STEM degree. (Considering that a similar magazine plays a crucial role in Dear White People, it’s probably fair to ask whether comedy writers have an outsize view of those publications’ centrality to student life.) Mostly, though, Bela wants to get laid. Nightly, if possible.

Kaling always seems to enjoy tinkering with stock characters and story lines, and this might be her most effective fusion of classic and contemporary to date. We’ve seen plenty of white guys in this genre who fit Bela’s general description before, but female equivalents of any identity can be hard to find. Leighton is what happens when you grow up acting like a Gossip Girl character while suppressing everything about yourself that doesn’t fit the Blair Waldorf mold.

College Girls occasionally fails to resist squeezing low-hanging fruit; the humorless feminists who wax poetic about their ovaries during an open-mic night at the women’s center aren’t exactly revolutionizing campus comedy. But most of the time, Kaling manages to make old rites of passage feel new by updating the attitudes with which the show approaches them. Yes, the girls have crushes and first dates and tipsy one-night stands. They bump up against everything from their parents’ expectations to misogyny (even when they’re not at frat parties). Yet the characters are savvy enough not to repeat the mistakes of the unfortunate girls in after-school specials. The show is affirming of the suitemates’ nascent sexuality without pretending that they, at age 18, know exactly how to wield it or always end up having a good time with their partners.

Although they’re still trying to figure out who they’re going to be in the world, these girls have more going for them than their bodies or their willingness to hook up with boys—and they know it. They’re sensitive without being pathologically insecure and (with the sporadic exception of performatively jaded Leighton) resilient without being callous. Like so many young women in real life but so few in current pop culture, when they get hurt, they get right back up again.

True to Kaling’s stated vision, we discover what the characters are passionate about besides dating, whether it’s sports or academics or their future careers. The show can be remarkably insightful on matters of class in higher ed, from the gulf between students with work-study jobs and students whose parents pay off their hefty credit-card bills each month to the unfair graduates of elite private high schools enjoy in the classroom. In an uncomfortable scene that rings true, at a fancy Parents Weekend dinner, Kimberly panics over her certainty that her mom won’t be able to afford their portion of the check.

The portrayal of casual sex among high-school and college students has been normalized for a few generations now. There’s no longer anything controversial about that kind of stuff on edgy dramas in the vein of Skins and Euphoria, where self-destructive kids transgress just to feel something. Yet these shows can conflate promiscuity with unhappiness and instability, especially for female characters. What makes College Girls—along with Never Have I Ever, Netflix’s sweet teen sex-therapy dramedy Sex Education and a handful of other recent TV series and movies—so refreshing is the way it lets characters chase libidinal gratification without implying that they’re out of control. In giving these smart, solid, lovable young women robust appetites for pleasure, Kaling makes the case that experimentation can be healthy, too. 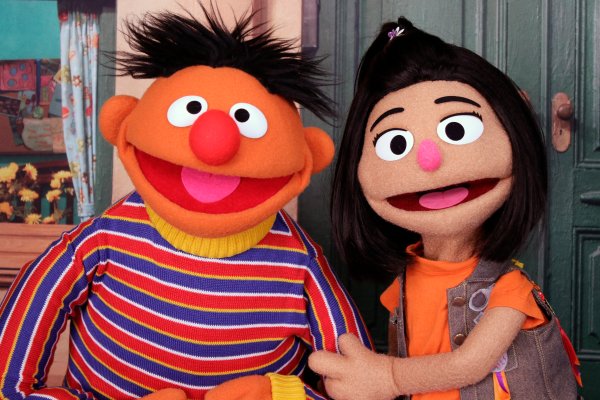