As the world changes, at least one fact of teenage life remains constant: the typical American high schooler is a hormone-addled mess of insecurity, naiveté and horniness. It’s this truth that underlies the ever popular teen sex comedy–a genre that exploded in the 1980s with movies like Porky’s, The Sure Thing and Fast Times at Ridgemont High, then lived on in millennial touchstones such as American Pie and Superbad. But Gen Z, the cohort marked by unprecedented sexual and gender fluidity, is coming of age under the inextricably connected influences of social media and pop-culture feminism in an era defined by #MeToo. Sex isn’t as simple as it was for earlier generations of male virgins scheming to get lucky on prom night. In fact, that prototypical story is likely to read in 2019 as sexist, excessively heteronormative or even–to use a timely neologism–“rapey.”

To survive this massive cultural shift, the teen sex comedy will need to change without losing the raunchiness that made it so beloved in the first place. And it’s starting to do so. Last spring saw the release of Blockers, an uproarious movie in which the virgins scheming to get lucky on prom night were three girls. On Jan. 11, Netflix will take the evolution a step further with Sex Education, a British dramedy series that casts Hugo star Asa Butterfield as Otis Milburn, a sweet, unassuming 16-year-old outcast whose single, free-loving sex-therapist mom Jean (Gillian Anderson) is always embarrassing him with her lack of boundaries. After watching him give some surprisingly great sex advice to a fellow student, Otis’ rebellious crush Maeve (Emma Mackey) persuades him to set up his own informal therapy practice on campus and cut her in on the profits.

It’s a far-fetched premise: Can you imagine anyone in high school, where gossip is a commodity and kids are desperate to look more experienced than they really are, paying to confess their sexual dysfunctions to a peer? Yet Sex Education earns the suspension of disbelief it requires. Populated by multidimensional characters with sympathetic problems, the show embodies–and espouses–some of TV’s most progressive views on sex.

At first glance, Otis’ school resembles the ones in John Hughes movies, with their hierarchies of cliques and clueless faculty members. There are the mean girls (except one of them is a gay boy), the burnouts, the Warhammer nerds. But beyond those stereotypes are individuals: Maeve, who comes from a poor family and has a bad reputation, also happens to be a brilliant student. Her friend with benefits, Jackson (Kedar Williams-Stirling), is a popular jock with two moms who isn’t ashamed to find himself falling for her. Otis’ best friend Eric (Ncuti Gatwa, the standout among a great cast) is gay, out, proud–and bullied not for his identity but because he once got an erection during a school band performance. Even the minor characters, like a strange, oversexed girl who draws pornographic sci-fi comics, are one of a kind.

Reactionary types have often complained in recent years that younger generations’ sensitivity to issues like identity, consent and trauma has narrowed the range of stories that can be told in the public sphere. Sex Education suggests not only that this argument is specious but that an ethos of respecting every kind of person, regardless of their differences, can take a well-worn genre like the teen sex comedy in a new direction. All it takes is characters who read as multifaceted people. 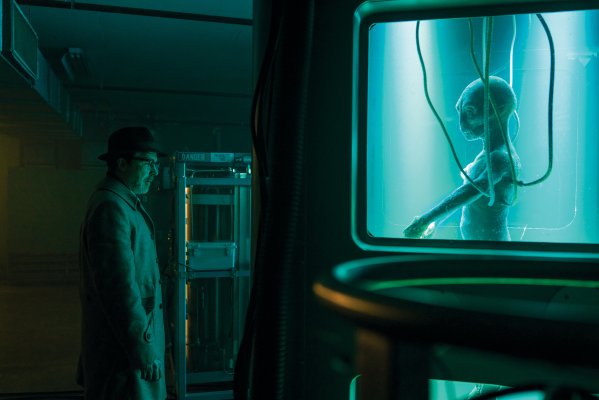