At Sunday night’s 2018 Tony Awards in New York City, one of Broadway’s most popular debuts of the year came away empty-handed: Mean Girls.

The stage adaptation of Tina Fey‘s beloved cult classic movie was up for twelve nominations, but ultimately lost out on all counts as The Band’s Visit, starring Tony Shalhoub and Katrina Lenk in a subtle, haunting performance of missed connections, nearly swept the musical categories. (Mean Girls was nominated for Best Musical, Best Book, Best Original Score, Best Actress in a Musical and more, all of which it did not ultimately win. In fact, it was the most-nominated show alongside the SpongeBob SquarePants Broadway adaptation.)

So of course fans and spectators had plenty to say about the way the Mean Girls situation played out. Mainly, since the original movie gifted pop culture with so many memorable lines, the internet was ready to bring some levity to the moment — using the show’s own script as a blueprint for the jokes to come.

Harkening back to the classroom scene in which a visiting Santa Claus bestows holiday Candy Cane-grams upon some students (but not, unfortunately, Gretchen Wieners), internet jokesters had the perfect architecture to turn the Mean Girls loss into a Twitter-worthy meme.

Of course, some saw an upside to the shut-out. 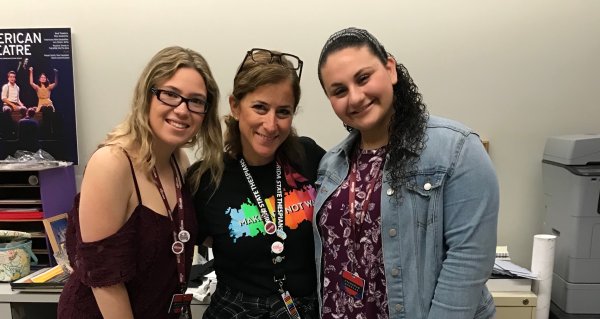 Meet the Parkland Teacher Behind That Emotional Performance at the Tony Awards
Next Up: Editor's Pick