Gossip Girl was supposed to be obsolete. By the time its anonymous Upper East Side dirt disher (voiced by Kristen Bell) issued a final XOXO, in 2012, ratings for the briefly generation-defining CW teen drama had nosedived—perhaps in part because the Great Recession had come along to make ostentatious wealth suddenly uncool. As young people weathered more than a year of brutal job losses, in 2008 and 2009, it became impossible to gawk at a character’s fresh-off-the-runway cocktail dress without wondering how many unemployment checks it would take to make such a purchase. Soon enough, with Occupy Wall Street happening a hundred blocks south, the adventures of a spoiled, backstabbing one-percenter clique no longer seemed so aspirational.

But, just as younger millennials did with Friends—whose overwhelming whiteness, fat-shaming Monica story lines and casually homophobic humor absolutely wouldn’t fly in a contemporary sitcom about young adults—Gen Z streaming natives embraced the show without any expectation of realism. For these viewers, Gossip Girl was meme fuel that made headbands cool again, without anyone taking its wealth porn too personally. And now, as part of its ongoing courtship of this Netflix-loyal cohort, HBO Max has revived the brand. The reboot will premiere on the platform July 8, with each of six new episodes appearing weekly over the summer and six more scheduled for the fall.

As in the original, parents are part of the story, though in the four episodes sent for review none of their personalities or story lines feel particularly memorable. More promising is a cohort of young Constance Billard School for Girls teachers whose leader is played by actor/writer/proto-influencer Tavi Gevinson. Disrespected, underpaid and vulnerable to unceremonious firing if students with powerful parents complain—how very 2021!—they’re desperate to take back control of their classrooms.

The revised premise, which I’ve been asked not to say much more about before the premiere drops, requires some willful suspension of disbelief. But if you can make that leap, the setup works surprisingly well. Suffice to say that this time around, the show is less about ultra-privileged mean girls destroying each other for kicks than it is about relatively decent people getting lured into those same nihilistic power struggles. And with Gossip Girl holding court on Instagram these days (though a Substack deal must already be in the works), showrunner Joshua Safran, who wrote for the original series, keeps the campy, Whartonian bon mots flowing both online and off. Happily, Safran’s team seems both aware that today’s image-conscious teens live in constant fear of social-media cancellation and, unlike so many hysterical cable-news pundits, realistic in their understanding that such a fate almost always turns out to be temporary.

Like an IG user on a following spree, the show introduces too many characters in the first episode or two for viewers to keep track of everyone. But where the update falters most in its attempt to bridge GG‘s diabolical past with its comparatively friendly present is in the casting. While the girls, especially Alexander and Lind, shine brighter than the mostly indistinguishable boys, no individual performance hits the soapy heights achieved by Meester or Ed Westwick (who played Blair’s slimy true love, Chuck). No couple—or throuple, as the case may be—has that original duo’s chemistry. Still, although it’s hard to imagine it becoming as addictive as its predecessor (or more recent teenage obsessions like Euphoria and Élite), the new Gossip Girl is certainly watchable. For a show that never should have outlived Lehman Brothers, that’s saying something. 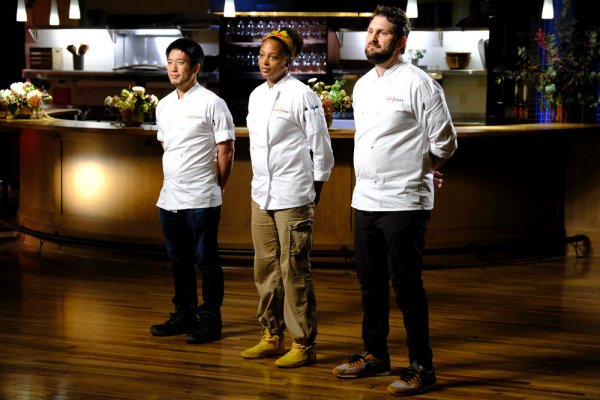