Economic Growth and Carbon Emissions Used to Go Together. In Some Countries, That's Changing

Steam rises on on Oct. 25 from the cooling towers of the Jänschwalde lignite-fired power plant in Brandenburg, Germany, which is due to be shut down by 2028.
Patrick Pleul—picture alliance/Getty Images
By Ciara Nugent and Emily Barone

When negotiators from almost 200 countries gather in Glasgow from Oct. 31 for the most important U.N. climate summit since 2015, the priority will be agreeing on how fast each country should cut its carbon emissions in order for the world to avoid catastrophic levels of climate change. The latest U.N. analysis, published Oct. 26, found that current pledges would lead to a disastrous 2.6°C average global increase in temperatures over the preindustrial era by 2100—well above the Paris Agreement’s target of limiting warming to 1.5°C. And that’s if they even meet those targets, which looks unlikely.

As negotiators head into COP26, they’re trying to balance climate action with their countries’ economic interests. To understand why many feel those are in conflict—even if they shouldn’t be—it helps to examine how modern life and the global economy became so tied to rising emissions. For almost 200 years starting in the late 1700s, when the widespread availability of coal powered the U.K.’s industrial revolution, countries that got rich did it by burning fossil fuels. If economic activity worldwide was growing, so were emissions. If emissions fell, it was because something had gone wrong: the Great Depression, the Second World War, the energy crises of the 1970s, the collapse of the Soviet Union, the 2008 financial crash. An emissions chart for the last century mirrors the ups and downs of the global economy.

That relationship between emissions and the economy has remained true in recent years: emissions peaked in 2018 and 2019 before the pandemic caused a 6% decline. And the rebound is pushing them back to near 2019 levels. For most emerging and developing economies, which industrialized later, emissions are still rising as the economy grows—including in China and India, the world’s largest and third largest emitters.

Some question the value of using economic growth as a measure of economic success—a growing GDP doesn’t take into account the wellbeing of a country’s citizens or environment, or how equitably wealth is distributed. But it’s clear that to make the fight against climate change politically viable, we need to cut emissions without major economic implosions. Luckily, that’s very feasible.

Over the last few decades, most of the world’s developed countries, including several major emitters, and some developing countries, have seen their emissions peak and begin to fall. In 32 countries, emissions and economic growth have been “absolutely decoupled,” meaning that the economy is still growing steadily as emissions fall.

“There are three main factors in how they did it. Which was most dominant depends on the country,” says Linus Mattauch, an economics professor at the Technical University of Berlin who specializes in the sustainable use of natural resources. First, humans’ use of energy has become more efficient over time; second, low and zero-carbon sources of energy have become cheaper to use than fossil fuels in many cases; and third, many governments have introduced deliberate climate policies, such as the E.U.’s carbon pricing system, which encourages businesses to transition to cleaner energy sources and technologies.

Wealthy countries still contribute much more per capita to global emissions—and they still bear much greater responsibility for the buildup of greenhouse gases in the atmosphere over the last 200 years. So their emissions cuts will need to be greater for the world to reach net zero.

But understanding why emissions have started to decrease in some countries—and why they’re not decreasing fast enough—can tell us a lot about where we need to go from here.

How major carbon emitters have begun to change course

With the exception of economic crises, U.S. emissions rose steadily for most of the 20th century. But they peaked in 2005, and have declined 14% since then. The 2008 financial crisis likely helped to depress emissions, as did climate policies pursued by states, cities and businesses. But most analysts say the bulk of U.S. reductions so far were driven by the rise of natural gas, which, though a fossil fuel, emits 50% less CO2 than coal. Natural gas became very cheap in the U.S. because of the fracking boom in the 2000s and, in 2016, displaced coal as the country’s primary source for generating electricity. “Those market trends in the energy sector really did make a very large dent in emissions,” says Kelly Levin, who led research on emissions peaks for the World Resources Institute and is now chief of science, data and systems change at Jeff Bezos’s $10 billion Earth Fund.

The U.S. remains the world’s second-largest emitter (after China), generating 14.5% of global carbon emissions in 2019. President Joe Biden has set a target to cut emissions to 50-52% below 2005 emissions by 2030, reaching net zero emissions by 2050. To get there, the U.S. will need to replace natural gas—which releases large amounts of the potent greenhouse gas methane into the atmosphere—with clean energy like wind and solar to green the electric grid. The government will also need to target other sectors, like manufacturing and transport, which are harder to decarbonize than electricity

The U.K.’s emissions peaked way back in the early 1970s, after which point global energy crises that decade triggered falls in emissions in line with other countries. The shuttering of the U.K.’s coal power industry in the 1980s—part of a controversial government effort to cut state spending and weaken labor unions—created a longer-lasting trend: it set the U.K. on a course to phase coal out more quickly than most countries, and replace them with renewables and gas, which each generate roughly 40% of the U.K.’s power as of 2019, compared to less than 3% for coal. That cleaner energy mix—combined with a transition to a service-based economy from a carbon-intensive manufacturing one—has helped drive the U.K.’s emissions down by 44% since 1971 and by 38% since 1990. That’s faster than any other major developed country, according to CarbonBrief, a climate news site.

The U.K. generated just over 1% of global CO2 emissions in 2019—though it’s worth noting that the country is responsible for a hefty 4.7% of all the CO2 emitted throughout history, and the gas lingers in the atmosphere for hundreds of years. British Prime Minister Boris Johnson has pledged to cut emissions 78% below 1990 levels by 2035, and reach net-zero emissions by 2050. As in the U.S., that will mean phasing out polluting natural gas and reducing reliance on fossil-fuel vehicles. The U.K. also needs to improve how it heats and insulates its buildings, which are some of the oldest and “leakiest” in western Europe.

Japan’s emissions peaked in 2013. They had been declining after the 2008 financial crisis, but the 2011 Fukushima nuclear disaster derailed the country’s decarbonization plans. Public concern prompted the government to scale back its nuclear power operations, closing plants for prolonged periods. Instead, it leaned on oil, gas and coal to fill the gap, with lasting consequences for its energy mix. The return of a few nuclear plants and the limited expansion of renewables has begun to move the needle, with a 16% decline in Japan’s annual emissions since 2013. Japan was the world’s fifth largest emitter in 2019, with 3% of global emissions.

Japanese Prime Minister Yoshihide Suga has pledged a 46% cut from 2013 levels by 2030, and to reach carbon neutrality by 2050. A key priority will be transitioning the transport and manufacturing sectors, which help make Japan the world’s third largest consumer and import of oil, to clean technologies. Japan also wants to expand renewable energy and nuclear power, and decrease reliance on natural gas.

The key turning point for Russia’s emissions trajectory came in 1991, with the collapse of the USSR. The resulting economic crisis led to mass deindustrialization, plunging millions into poverty and making their lifestyles less carbon intensive—average meat consumption, which had been 27% higher than Western Europe, tumbled. By 1997, emissions had fallen 47.6% from their 1990 peak. The impact was felt beyond Russia’s borders: of the 19 countries whose emissions peaked by 1990, 16 were former Soviet Republics, according to Levin’s WRI analysis.

Russia is the odd one out among these major emitters whose emissions have peaked. While its emissions have never returned to 1990 levels, they are on the rise again. The country was the world’s fourth-largest emitter of CO2 in 2019. Russia has invested heavily in its oil and gas industry and exports, with sales of fossil fuels accounting for 36% of its national budget. An analyst told TIME this week that a successful global phase out of fossil fuels would be an “existential threat” for the country. President Vladimir Putin has pledged to cut Russia’s emissions to 70% of 1990 levels by 2030—and reach net zero by 2060—but given how steep the decline was after 1990, activists say that target would allow Russia to continue increasing its emissions for several more years.

What history tells us about the path to cut emissions

Every country will follow a different path to decarbonization, but what has happened in these major economies tells us several things about the world’s path to net zero. Perhaps most fundamentally, according to Mattauch, is that economic growth no longer has to be tied to emissions growth. “The fundamental economic reason why it’s possible to decouple emissions and economic growth [in both major emitters and on a global level] is that most of our economic output is actually not from stuff that’s very energy intensive,” he says, with the services sector (including health, hospitality and education) contributing much more to global GDP.

Read More: Missing Leaders, Eyewatering Hotel Rates and a Resurgent Pandemic Could Derail the Most Important Climate Summit in Years

The second lesson here is that developing countries can’t afford to take the same fossil-fueled path to development as developed countries did—and they don’t need to. “The technologies available today and the cost of them are wildly different than they were even in 2010,” says Levin, citing the rapid fall in the cost of renewable energies—which has been much quicker than analysts expected—and advances in widening access to electric vehicles. That means today’s developing countries should be able to pivot away from fossil fuels at an earlier stage of their development—particularly if they are provided with the climate finance that rich countries have promised them.

And third, market forces like the ones that drove down the prices of both renewables and natural gas are powerful motors for reducing emissions. But they don’t move fast enough and they aren’t reaching enough sectors of the economy to get us to net zero at the pace we need to move. They need to be guided “by the right leadership, policies and institutions,” Levin says. “I do think that we underestimate the pace and scale of change that is possible. But it does need to be nurtured. It’s not just going to happen on its own.” 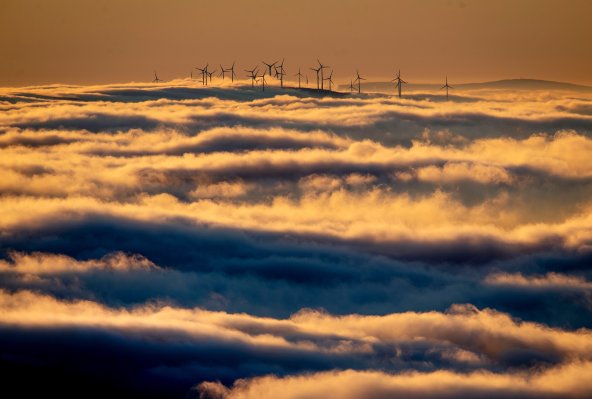 Why We Shouldn't Write Off COP26 Before It's Even Started
Next Up: Editor's Pick