The Coronavirus Pandemic Has Caused Carbon Emissions To Drop. But That Likely Won't Last

Clear skies over Kathmandu, Nepal on March 29, 2020. Usually, the Kathmandu Valley is one of the most polluted metropolitan areas in the world.
Narayan Maharjan—NurPhoto/Getty Images
By TIME Staff , Emily Barone , Lon Tweeten , Chris Wilson and Tara Law

COVID-19 has brought much of the world came to a screeching halt. International borders have been shuttered, families have kept close to home, and governments have ordered businesses to close their doors. To see the scale of the impact, look no further than to global carbon emissions, which are projected to be 7% less in 2020 than in 2019. Those are levels not seen in a decade.

While dramatic, this change has historic precedents. Carbon emissions overall have surged since 1900, but there have been brief moments of reversal. For instance, carbon emissions dropped 26% in the three years following the stock-market crash that contributed to the Great Depression. After factories slowed production of fighter planes and bombs following World War II, emissions dropped 17%. And after the fall of the Soviet Union in 1991, emissions went down 3%.

If there’s a lesson to be learned from this history, it’s that when a crisis causes a drop in carbon emissions, it’s unlikely to be sustainable. In the years after each of these drops, the world not only squandered the gains made in reducing emissions, but increased production of carbon dioxide to higher levels than before.

Even if we were to maintain the level of global emissions we’re at right now—the reduced rate due to COVID-19’s slowing of the economy—we would still need to reduce emissions by 50% by 2030 if there’s a hope of stopping global temperatures from rising 1.5°C above preindustrial levels, which scientists believe is necessary to avert some of the worst impacts of climate change.

Write to Lon Tweeten at lon.tweeten@time.com and Chris Wilson at chris.wilson@time.com. 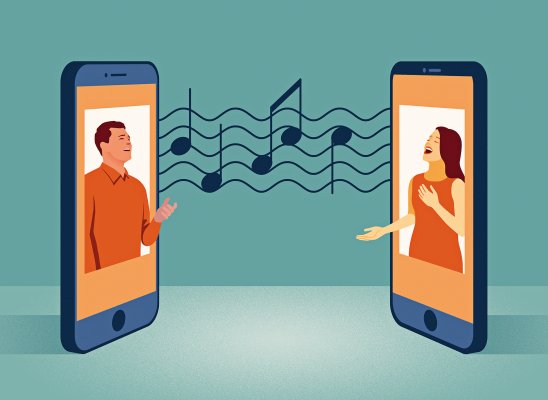 After Coronavirus Stopped My Real-World Choir, I Found Joy and Solace in Singing With Strangers Globally
Next Up: Editor's Pick