Climate Pressure Mounts for Biden As a Major Conference Looms

Anyone who has followed U.S. climate policy is familiar with the cycle of bold attempts to enact climate rules that eventually sputter, followed by years of inaction. President Bill Clinton proposed an energy tax before backing away under industry pressure. President Barack Obama pursued cap-and-trade legislation before it stalled in Congress. Obama tried again using regulatory authority, but much of his moves were undone by a combination of the courts and the Trump administration. In short, every time the U.S. has tried to get its domestic house in order on climate in recent years, the world has instead been left waiting for the next opportunity: a new term, a new president or a new Congress.

Now, it’s President Joe Biden’s turn to go big. At the core of his climate agenda is a proposed $3.5 trillion package that would, among other things, create a new incentive program to wean the country off fossil fuels in the electricity sector, catalyze electric vehicle adoption and invest in using energy more efficiently. This time, the stakes couldn’t be higher—the world simply doesn’t have time to wait for the U.S. to go through another political cycle before it takes big action on climate.

The first and most obvious reason for this comes down to simple math. In the Paris Agreement, the world set a goal of keeping temperature rise “well below 2°C” and ideally to 1.5°C. Temperatures have already warmed 1.1°C since the Industrial Revolution, with most of that warming coming in recent decades. Models suggest that emissions need to start declining rapidly now to have any hope of meeting the goal. The U.S., which dumps 14% of the annual carbon emitted globally, ranks second only to China in its yearly carbon footprint.

Biden has promised to cut U.S. emissions in half by 2030 compared to 2005 levels. He has pursued a slew of policies—from strengthening car regulations to tightening methane emissions rules—that would help put the country on that path, but this legislation would up the ante. Critically, it includes a program that would phase out fossil fuels in the electricity sector, which accounts for a quarter of U.S. emissions. An estimate from the Rhodium Group, an independent energy research firm, shows that U.S. annual emissions could be about 1 gigaton lower by 2030 if the package becomes law. That’s the equivalent of removing emissions from all the light-duty passenger vehicles in the country. An analysis released by Senate Majority Leader Chuck Schumer suggests the overall package would reduce emissions 45% by 2030.

It’s also important to consider the international implications of passing a domestic climate spending package. Immediately upon taking office, Biden brought the U.S. back to the global stage on climate, reentering the Paris Agreement and promising to help lead the world to net zero. There’s widespread international support for that message, but the rhetoric needs to be underpinned with substance for the message to be credible.

“People’s worst fear is that while President Biden is well intentioned and means it when he says that America is back, the political system in the United States can’t deliver,” says Rachel Kyte, dean of the Fletcher School at Tufts University and a longtime climate policy expert.

Not delivering the infrastructure package would have a ripple effect—and with climate talks set to take place in Glasgow next month, the clock is ticking. International climate talks are structured around voluntary commitments combined with diplomatic pressure campaigns. Countries are supposed to look around at their counterparts and see the world moving in the direction of decarbonization. That observation, combined with some nudging, is in turn supposed to give these countries the confidence to be more ambitious themselves. Empty promises from the U.S. could lead to inaction elsewhere.

I’ve been hearing that message delivered gently from U.S. allies all year. Frans Timmermans, who heads climate policy in the European Union, told me a few weeks ago that his message to his “American friends” is to “make a plan.” Emily Haber, the German Ambassador to the U.S., told me in June that while Germany and the U.S. are aligned about climate goals, the U.S. still needs “to underpin the goals with projects, with policies, with specific strategies.”

The message has been received by those who care about climate in Washington. House Speaker Nancy Pelosi has cited the upcoming Glasgow talks as a reason to quickly pass the infrastructure legislation. And, without mentioning the summit, Schumer is now also pushing for a resolution by the end of the month. Biden “will go to Glasgow,” says Pelosi. “And we want to do so with legislation that is passed.” 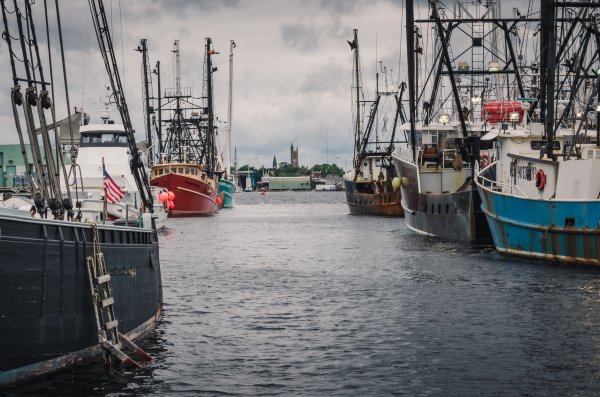 U.S. Fishermen Are Making Their Last Stand Against Offshore Wind
Next Up: Editor's Pick