The central chimneys at the coal-fired NTPC Ltd. Dadri Power Plant in Gautam Budh Nagar district, Uttar Pradesh, India, on Oct. 7, 2021. India, which relies on coal for about 70% of electricity generation, has already seen signs of power shortages, and needs to lift deliveries to avert the risk of blackouts.
Anindito Mukherjee—Bloomberg/Getty Images
By Amy Gunia

Power crises in China and India that have caused blackouts and factory shutdowns are highlighting the region’s reliance on the world’s dirtiest fossil fuel: coal. But some experts say the energy supply problems facing two of the world’s largest economies might lead to more support for renewable energy and help to accelerate the sector’s growth.

China is facing its worst energy crisis in a decade, with coal shortages driving power outages and rationing. India is teetering on the edge of a power crisis, with stocks of coal at unprecedentedly low levels and states warning of impending blackouts. Some states, like Rajasthan have scheduled power cuts and several thermal power stations across the country have shut due to shortages.

The issues have been caused by myriad factors, including soaring global coal prices, increasing economic activity, flood and monsoon-related supply disruptions and geopolitical tensions. (China has imposed an unofficial ban on coal from Australia, one of the world’s largest coal exporters.) Experts say that the instability of the coal supply chain is likely to be a boon for clean energy, prompting more investment in the sector.

“The investment response I’m expecting will be a doubling or trebling of Indian and Chinese renewable energy installs because the best way to solve a crisis is to remove your energy security problem,” says Tim Buckley, the director of energy finance studies for Australia and South Asia at the Institute for Energy Economics and Financial Analysis (IEEFA).

Despite global concern about greenhouse gas emissions and urgent calls for action to avoid the worst impacts of climate change, much of the Asia-Pacific remains reliant on coal, which is widely considered the most polluting fossil fuel.

More than half of all coal consumed globally in 2020 was used in China, making Asia is the largest consumer of coal by region, according to British Petroleum’s (BP) Statistical Review of World Energy 2021. After China and India, Indonesia and Japan were the largest coal consumers in Asia. Added together, the latter two countries consumed more coal than all of Africa in 2020.

Read More: Why China’s Promise to Stop Funding Coal Plants Around the World Is a Really Big Deal

The region also produces more than 75% of the world’s coal, with China, Indonesia, Australia, and India leading the way, according to the BP report. China and four other countries—India, Indonesia, Japan and Vietnam—account for more than 80% of the coal power stations planned across the world, according to a June report by the think-tank Carbon Tracker.

Environmentalists have raised concerns that the current energy shortages might be used to justify increasing domestic coal production in India and China. India announced in 2019 plans to boost domestic production of coal to a billion tons by 2024. In the first half of 2021, China announced plans to build 43 new coal-fired power plants.

Coal is unloaded from barges at a dock servicing the Wangting Power Plant in Wangting, Jiangsu province, China, on Sept. 30, 2021. China's central government officials ordered the country's top state-owned energy companies -- from coal to electricity and oil -- to secure supplies for this winter at all costs, according to people familiar with the matter.
Qilai Shen—Bloomberg/Getty Images

Dimitri de Boer, China head for the environmental law charity ClientEarth, says that the Chinese government’s response to the crisis has been to ramp up coal production, and to relax production quotas on certain mines. “The instruction right now is to quickly produce enough coal to meet demand to get through the winter,” he says.

But the argument for cleaner energy is becoming increasingly convincing. The skyrocketing cost of coal and other fossil fuels, one of the drivers of the energy crises, means that renewables are becoming more cost competitive. “Economics have already won this race,” says Buckley, of IEEFA.

The current coal supply problems might prompt Indian Prime Minister Narendra Modi to refocus efforts on his goal to transform India into an “energy independent” nation by 2047, with less reliance on fossil fuels—a target he announced in August.

“Countries like China and India can’t face extreme unprecedented price volatility and not respond by protecting their people,” says Buckley. “What will Modi do? Double down on his renewable energy pledge,” He says that would mean the country is no longer at the mercy of global fossil fuel markets. “It’s 100% predictable, it’s got no volatility and it’s domestic.”

Unlike many other countries around the world, India has not made a pledge to reduce its carbon dioxide emissions to net-zero, and it has argued that it shouldn’t have to make deep cuts like developed countries because it needs to prioritize growth. But it has set a target to reach 450 gigawatts (GW) of renewable capacity by 2030, and solar power is set for explosive growth in the country, according to the International Energy Agency.

That’s already starting to playing out. Last month, a state-owned coal miner that accounts for more than 80% of the country’s coal production put out a tender for partners for a proposed 4 GW solar manufacturing facility in India. Meanwhile, India’s biggest company, Reliance Industries, has announced several clean energy deals in recent days, including the acquisition of a large European solar manufacturing company.

China has pledged to be carbon neutral by 2060 and to start tapering off its coal use from 2026. ClientEarth’s de Boer says the government won’t let go of those targets, despite the shortages. He says that, even as coal production is increased, controls on high energy-consuming projects are being strengthened.

China is already a renewable energy leader, accounting for about 50% of the world’s growth in renewable energy capacity in 2020. De Boer says the current shortages will provide incentive to ramp up clean energy even faster. “It’s giving a very strong impetus and a boost to do everything to ramp up the supply of renewable energy,” he says. 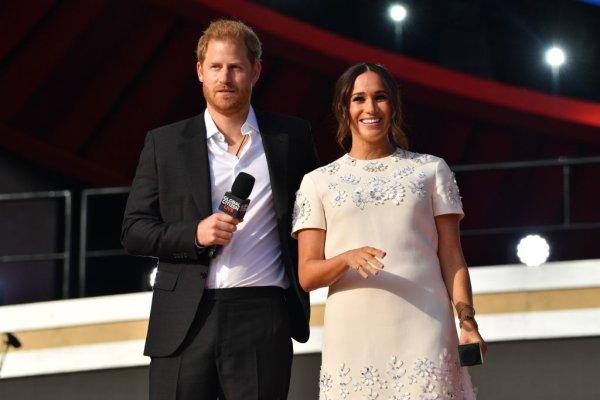