The U.K. unveiled its net-zero strategy on Tuesday as it tries to showcase its green credentials ahead of key climate talks later this month. It will move taxes from electricity to gas, fund carbon-capture, and offer grants for cleaner home heating.

It estimates the cost of the transition could be 1-2% of GDP by 2050, and moving away from fossil fuels will also hit tax revenue. The government expects the strategy to create 440,000 jobs by 2030, and wants to leverage 90 billion pounds ($124 billion) of private investment on the same time frame.

Here’s a breakdown of the measures so far:

The U.K. aims to make electricity bills cheaper, by shifting environmental levies onto gas as part of efforts to encourage electrification.

“We want to reduce electricity costs so when the current gas spike subsides we will look at options to shift or rebalance energy levies” away from electricity to gas “over this decade,” it said in a strategy document.

It will also look at expanding carbon pricing as part of the review.

The government aims for power generation to be carbon-free by 2035.

That will require total public and private investment of 280 to 400 billion pounds in generation capacity and flexible assets like batteries. Grids will need an extra 20 to 30 billion pounds by 2037.

The government has chosen two industrial hubs to get funding by the mid-2020s. It’s earmarked around 1 billion pounds for four carbon-capture projects — a technology that’s crucial for reaching net zero goals — but the sites will still be subject to value-for-money tests.

The funding could help drastically cut emissions from some of Britain’s biggest polluting industries. And by choosing areas with the most industrial activity, it opens up the possibility for many businesses to use the same infrastructure, reducing costs.

The two projects that the U.K. has targeted first are the East Coast Cluster and Hynet. For the East Coast Cluster, a consortium of BP Plc, Equinor ASA, Eni SpA, National Grid Plc, Royal Dutch Shell Plc and TotalEnergies SE plan to develop the offshore infrastructure to transport and store CO2 in the U.K.’s North Sea, with BP as the operator.

Read more: Biden’s Climate Summit Made Progress. But We Won’t Reach Net Zero by 2050 Without Those Who Weren’t Invited

The U.K. is aiming to capture a total of 20-30 million tons of carbon a year by the early 2030s across the economy, more than double the previous ambition, and at least 50 million tons by the mid-2030s.

A 3.9 billion-pound plan to drive down carbon emissions from the U.K.’s homes and offices is a long-awaited plank of the net-zero strategy. Homeowners will receive 5,000 pounds to install heat pumps – though the money available so far accounts for about 90,000 homes only. That’s still some way off the government’s target for 600,000 installations a year by 2028.

The idea is that costs will come down, making the pumps more affordable over time. The goal is that no new gas boilers will be sold by 2035.

Without improved insulation, many in the industry say that heat pumps will be expensive and inefficient. There may be more details on complementary measures in the Chancellor’s Spending Review later this month.

The government aims to bring an end to sales of new gasoline and diesel cars in 2030, and on Tuesday set out an additional 970 million pounds in new funding split between industry and consumer grants.

The U.K. will secure a final investment decision for a large-scale nuclear plant by 2024. It will launch a new 120 million-pound Future Nuclear Enabling Fund — a small amount for nuclear but the idea is to keep options open including small modular reactors, with a number of potential sites including Wylfa in North Wales.

There is 124 million pounds allocated to help meet a commitment to restore 280,000 hectares of peat in England by 2050 and triple woodland creation in England to reach 30,000 hectares a year across the U.K. by 2024.

The U.K. is also creating a new set of rules to prevent greenwashing and protect investors from being deceived by bogus claims around climate-friendly investing.

“We want sustainability to be a key component of investment decisions, and our plans will arm investors with the right information to make more environmentally-led decisions,” Chancellor of the Exchequer Rishi Sunak said in a statement late Monday.

The U.K. is also set to force companies to show in detail how they will reach net-zero goals by 2050, Bloomberg reported last week. The so-called Greening Finance plan will require firms to publish transition plans or explain why they aren’t doing so.

Prime Minister Boris Johnson announced a 400 million-pound partnership with Bill Gates to boost green investment across the U.K., pledging to “rapidly scale up” new clean technologies. The U.K. has already committed to at least 200 million pounds and Gates’ program will now match that investment. 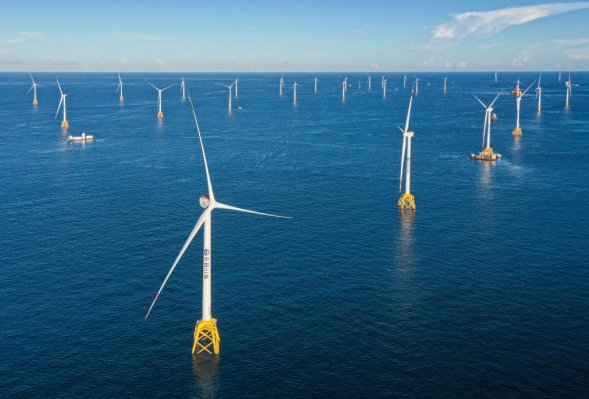 The Energy Transition Is in Full Swing. It's Not Happening Fast Enough
Next Up: Editor's Pick