Finally, it seemed, the companies that played a large part in creating the climate crisis were being denied a say in deciding how we dig ourselves out. Unlike at previous climate summits, the organizers of COP26 in Glasgow didn’t give fossil fuel companies a formal role in the talks, a move that climate activists have interpreted as a reprimand for the companies’ lack of clear action to end their planet-warming emissions. Yet that doesn’t mean the oil industry has lost influence over the conference and its outcomes. And in the lead up to the crucial summit, a series of reports have made clear just how deep fossil fuel industry connections go, both with those organizing the conference, and the players at the negotiating table.

One possible avenue of influence is through the management consulting industry. U.K. COP26 organizers tapped Boston Consulting Group (BCG) for “strategy implementation” and other services, despite the fact that the firm also claims to advise 19 of the world’s 25 biggest oil companies, according to a report from the U.K.’s Channel 4 News.

“This is…highly unusual to have private sector involvement of any kind at that level in what is essentially an international diplomatic conference,” Transparency International UK chief executive Daniel Bruce told the network. “It’s hard not to ask the question, or to see that there is a very face-value conflict of interest here.”

BCG told the network that it “strictly adhered to” policies, including “staffing restrictions” that would prevent potential conflicts of interest. But the results of a bit of digging don’t inspire much confidence in BCG’s internal guardrails. The “Global Leadership Delegation” BCG is sending to Glasgow to “present, discuss, and explore ideas for strategies aimed at meeting the COP26 goals” includes managing director Michel Frédeau, who serves as the company’s Global Topic Leader for Climate and Environment. But there’s another aspect of Frédeau’s job: advising major oil and gas companies on “strategic, organizational and operational issues,” according to his LinkedIn page (he also works with renewable energy companies). Asked for comment, a BCG spokesperson would not confirm if Frédeau was involved in consulting for the COP26 organizers.

“Michel Fredeau specializes in helping to develop decarbonizing strategies for high emitting sectors,” the spokesperson said in a statement to TIME. “At BCG, we partner with clients in sectors where abatement is most difficult or where emissions are greatest, and feel it is our role to help them find solutions that will spark the greatest change and speed up progress toward net zero. We don’t work for clients who are openly indifferent or in denial of climate change.”

Another way fossil fuels exert power at meetings like COP is through the governments themselves, many of which have close ties to the industry. In the U.S., Senator Joe Manchin, who has significant fossil fuel investments, was able to all but single-handedly gut President Biden’s initiative to force power companies to switch to clean electricity, leaving the U.S. with little domestic climate action to point to as it seeks to re-establish itself as a leader at the international talks. In Europe, more than 70 officials moved between posts in the E.U., national governments or international institutions and oil industry or fossil fuel lobby group jobs over the past seven years, according to an Oct. 25 report from Corporate Europe Observatory, Friends of the Earth Europe, and Food Water Action Europe. The researchers also counted 568 meetings between EU Commission officials and fossil fuel executives or lobbyists during those years.

For many governments around the COP negotiating table, fossil fuel interests and national interests are essentially one and the same. Russia, singularly dependent on gas exports for both its economy and its muscle on the world stage, will likely head to COP26 with the intent to slow down climate progress as much as possible in order to preserve its domestic industry, as my colleague Aryn Baker writes. Experts say Saudi Arabia is likely to have similar intentions, slow-walking net-zero goals that could cut into its oil and gas exports. Other governments have tried to weaken climate action outside the public eye, with recent leaked documents showing how countries like Saudi Arabia, Australia and Japan tried to par back the conclusions of a forthcoming U.N. scientific document on how to address climate change (Australia is a major coal exporter to Japan). An Australian official, for instance, made a comment on a draft of the report saying that closing coal power plants, one of the main objectives of the COP26 summit, wasn’t necessary.

All that is not to say that denying fossil fuel companies a role at COP26 was a meaningless move—it blocked them from exerting the most overt kinds of influence over the talks, as well as an opportunity to burnish their climate credentials as they continue to pour billions of dollars into new fossil fuel investments. But it’s also clear that the world’s fossil fuel industry doesn’t need to be physically present at the summit to make its voice heard—plenty of the officials in attendance will be glad to speak up for it. 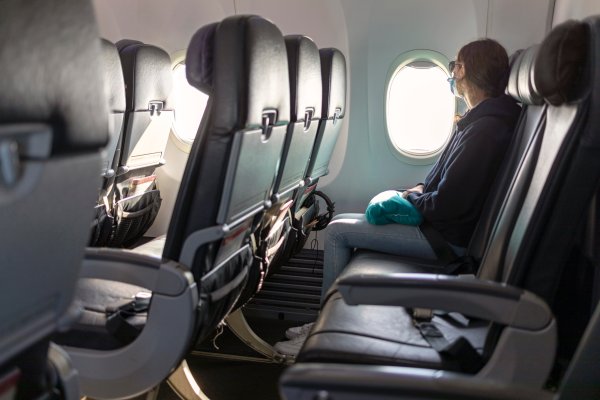