The typical 21st-century Olympics opening ceremony is a lot. Nine years ago in London, Daniel Craig appeared to parachute into the stadium with Queen Elizabeth II as the James Bond theme blared. The 2008 Beijing ceremony enlisted 15,000 performers. Sydney 2000 had giant glowing jellyfish. It’s not hard to imagine Japan—land of Studio Ghibli and avant-garde street style, Kyary Pamyu Pamyu and Nintendo, Yayoi Kusama and Takashi Murakami—one-upping its predecessors with an even more elaborate, colorful pop spectacle. Yet the Tokyo Summer Olympic Games (which we are still, confusingly, referring to with the year 2020) opened on a far more somber, muted note.

A different, older aesthetic that we associate with Japan predominated at Friday’s ceremony: minimalism. And with good reason. The crowds of athletes, performers and audience members in attendance were all greatly diminished due to COVID-19, as Tokyo faces a terrifying surge and the Delta variant spreads kudzu-like around the globe. According to TIME reporters on site, “You could have spent a better part of the night staring at the colors of the empty seats: patterns of white, red, forest green.” Outside the stadium, protesters who feared the games would exacerbate their city’s public health crisis pleaded for their cancellation. A series of last-minute resignations from disgraced members of the ceremony’s creative team must have posed their share of additional challenges. Partially for those reasons, but also just because this is such a difficult and poignant moment to be a citizen of the world, only the Parade of Nations really justified waking up early to watch.

The more formal portions of the ceremony were not entirely without highlights. Though past host countries have competed to make their representations of the five Olympic rings bigger, brighter and more technically advanced than the rest, I found it moving to watch dancers representing Japanese craftspeople construct moderately sized circles out of humble wood. There were some cool drones. An overlong but endearingly quirky dance sequence celebrating each sport’s pictogram, a visual language Tokyo contributed to the Olympics during its first hosting stint in 1964, offered some much-needed comic relief. And who could deny the resonance of the Japanese and Haitian tennis star Naomi Osaka lighting the cauldron in her home country?

It all felt appropriate if not quite enjoyable—well, except for a handful of true record-scratch moments. A dance that used a long, red strip of fabric to invoke the lifeblood of the human body, and which NBC co-host Savannah Guthrie interpreted to mean that “the beating heart of the Olympics are its athletes,” gave me flashbacks to Luca Guadagnino’s creepy Suspiria remake. A montage of international celebrities, including John Legend and Keith Urban, singing a version of “Imagine” arranged by Hans Zimmer, might’ve been a nice idea if a montage of international celebrities singing “Imagine” released in the early days of lockdown hadn’t provoked such a memorable backlash. (Also: wouldn’t one immediate effect of imagining “no countries” be an end to the Olympics?) Instead of building to any sort of crescendo, the scripted and choreographed elements of the ceremony meandered until four hours had been filled.

Flag bearers Malia Paseka and Pita Taufatofua of Team Tonga lead their team during the Opening Ceremony of the Tokyo 2020 Olympic Games at Olympic Stadium on July 23, 2021 in Tokyo, Japan.
Getty Images

Masked and distanced though it was, the Parade of Nations lifted the energy level somewhat. Argentina’s delegation pogoed into the stadium. Team Ghana sang. (Apparently they weren’t supposed to do that. Oh well. I’m glad they did.) The flag bearers for the Dominican Republic danced together like they were midway through a night on the town. Mic’d up in addition to being masked up, American flag carriers Sue Bird and Eddy Alvarez offered Guthrie and co-host Mike Tirico reflections on having to leave their families behind halfway around the world; viewers got a glimpse of Alvarez’s proud parents watching in Florida. Watching 205 pandemic-stricken countries stride into the arena—Tonga’s iconic, oiled-up taekwondo master and skier Pita Taufatofua among them, thank heavens—underscored that we as a human race are still here and still capable, in some limited way, of coming together. In that sense, although the tradition dates back decades, this year’s Parade of Nations reminded me a bit of the diverse and enthusiastic roll call at 2020’s virtual DNC.

This is not to say that our excitement for the athletes should drown out the many major, legitimate concerns that have been raised about 2021’s 2020 Olympics. From Tokyo’s COVID nightmare and troubling reports about the IOC Refugee Olympic Team to Sha’Carri Richardson’s senseless marijuana suspension and other Olympians facing sexist or racist regulations regarding uniforms, swim caps and breastfeeding, we should go into this year’s games harboring no illusions about an institution sorely in need of an internal reckoning. Yet to the extent that we get any enjoyment or inspiration out of the next two weeks in Tokyo, it will be a credit not to the bureaucrats or the corporate sponsors or the IOC, but to the athletes. 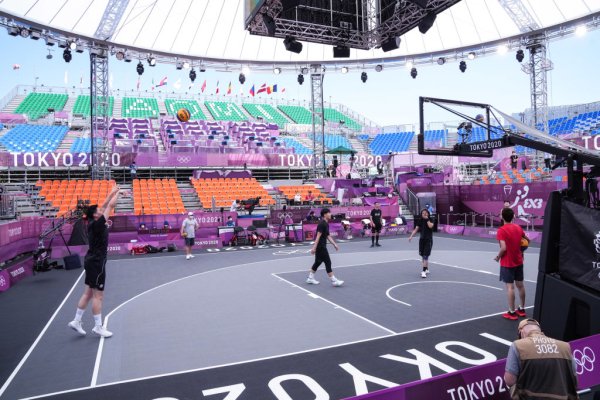