Fans of Pita Taufatofua, the oiled-up flag bearer who became a viral sensation during the Rio 2016 Summer Games, were not disappointed during the opening ceremony of 2018 Winter Olympics in PyeongChang, South Korea, when he marched once-again bare chested.

The martial artist braved subfreezing temperatures of 32 degrees Fahrenheit on Friday and as he marched tanned and topless, wearing only a traditional Tonga mat, into the Olympics stadium.

In order to qualify for the games twice in the space of two years, the 24-year-old Pacific-Islander transformed himself from an Olympic taekwondo competitor into an Olympic cross-country skier. A feat he has described as a “miracle.”

“After Rio I decided to find the hardest sport possible, because I needed a new challenge, and the hardest sport possible was cross country skiing,” Taufatofua told the Olympic Channel in Jan, after qualifying. “The goal was to do it in one year. And we did it in one year” he said. “Twenty years I sacrificed to become a summer Olympian, and one year to become a winter Olympian.”

According to the Wall Street Journal, Taufatofua’s German coach, Thomas Jacob, got someone who sews his curtains to create a sack for Taufatofua’s layers. The athlete reportedly wrapped himself in warmer clothing as soon as the cameras panned to the delegation behind him.

Taufatofua is the second athlete from the balmy nation of Tonga to ever to compete at a Winter Olympics. Tonga’s entire delegation on Friday consisted of three coaches, officials and Taufatofua. 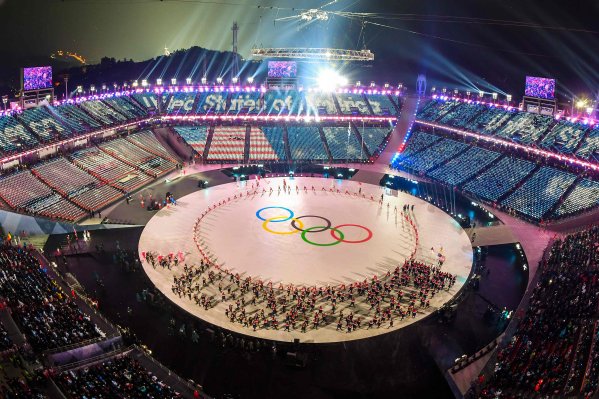 See the Best Photos From the Winter Olympics Opening Ceremony
Next Up: Editor's Pick