Tokyo Is Facing a Record COVID-19 Surge. One Thing That Could Slow It? Japan’s Olympic Athletes Losing

Tokyo is facing its worst COVID-19 surge yet, with cases hitting a six-month high on Thursday—just one day before the the Opening Ceremony.

However, one Japanese infectious disease expert is worried that situation could get even worse if Japan’s Olympic athletes frequently reach the medal podium.

“If Japanese athletes win lots of gold medals, and there’s a euphoric atmosphere, then people may go out and eat and drink together and break the rules, in the Tokyo area particularly,” Kentaro Iwata, an infectious disease specialist at Kobe University, tells TIME.

He points to the rise in coronavirus infections in some places in Europe following the Euro 2020 soccer championship, which Italy won.

Iwata, who has been a frequent critic of the decision to hold the Games in the midst of the COVID-19 pandemic, adds that that doesn’t mean that he hopes Japan loses. He wishes for the best performance of all the athletes at the Games.

“But if Japanese athletes don’t win that much, and the number of the COVID-19 keeps rising, day-by-day, then people may become frustrated and be pessimistic, then that might ironically suppress the risk of COVID-19,” he says.

Case numbers in Tokyo have almost tripled to nearly 2,000 a day since the start of July; the Olympics host city reported fewer than 675 cases on July 1.

Hitoshi Oshitani, the virologist who helped devise Japan’s COVID-19 strategy, says he expects this wave, the fifth Japan has faced, to be its worst. That’s in part due to the more contagious Delta variant, but also because it’s becoming much harder to persuade residents to stay home and observe social distancing.

“It’s getting difficult to convince people to change their behavior, especially the young ones. They’re getting tired of just staying at home,” says Oshitani. “The government and experts are asking people to stay at home, but at the same time, we have a big, big festival, a global event.”

Japan declared a state of emergency earlier this month, which includes a request for restaurants to close at 8 p.m. and for bars and restaurants to stop serving alcohol in an effort to keep people from celebrating during the Games.

“Even if the restaurants are closed, I’m sure they’re having a party at home, or some other places,” says Oshitani. “The control of this virus is getting more difficult.”

Also at play may be the slow rate of vaccinations. About 23% of people in Japan have been fully vaccinated, according to Our World in Data. Many of those vaccinated so far are older people and healthcare workers, and this surge appears to be driven by younger people.

People wearing masks amid the novel coronavirus pandemic walk in Tokyo's Shibuya district on July 22, 2021, a day before the opening ceremony of the Tokyo Olympics.
Kyodo News/AP Images

Oshitani expects cases to continue to rise in the coming days, but he says that may not be reflected in reported case numbers until next week, given that testing might decline as the result of a four-day holiday weekend, which began on July 22.

Still, Japan has handled the pandemic better than many nations. The country of 126 million people has had around 860,000 cases and just over 15,000 deaths.

As of Friday, 110 people linked to the Games—including athletes, members of the media and staff—have tested positive for the virus. But a strict set of rules laid out by organizers means that overseas visitors will stay in as much of a bubble as possible, and they will limit interaction with locals.

Oshitani says the risk remains that those coming in from other countries might introduce new strains of the virus to the country via Japanese people working in the Olympic Village, or doing jobs like driving buses transporting athletes.

READ MORE: This Is What Happens When an Athlete Tests Positive for COVID-19 at the Tokyo Olympics

No matter what impact the Olympics has on the coronavirus situation in Japan, Oshitani cautions that the country’s battle against the virus will continue for the foreseeable future.

“Even after the Olympics we have to deal with this virus,” he says, “and like many countries we are trying to find the best strategy to cope with this virus in the coming months and years.” 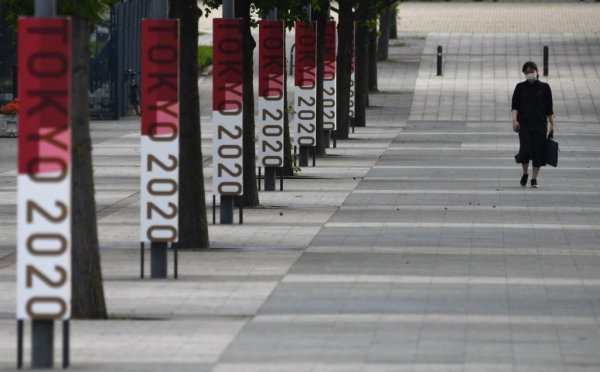 Can Japan Protect Itself From the Olympics?
Next Up: Editor's Pick