Everything to Know About the Tokyo Summer Olympics Opening Ceremony

Viewers and athletes have had to wait an extra year for the Tokyo Olympics—since they were postponed until July 23 due to coronavirus.

But before the first Summer Olympics without Michael Phelps in 25 years truly get underway on Friday, the Tokyo Olympics will kick off with a highly-anticipated Opening Ceremony. The Opening Ceremony has been an integral part of every Olympics since the first modern games were held in Athens in 1896 and presents an opportunity for the host country to promote its national identity to the world. The show is typically watched by hundreds of millions of television viewers globally in addition to the tens of thousands of spectators who flock to the Olympic Stadium for the proceedings.

As is tradition, the Tokyo Olympics Opening Ceremony will be comprised of a number of key events, including the artistic program, the parade of athletes, the lighting of the Olympic flame and the symbolic release of the doves of peace.

Here’s a complete guide to the Tokyo Olympics Opening Ceremony in 2021.

When is the Tokyo Olympics Opening Ceremony?

For the 2008 Summer Olympics in Beijing, a city with a similar time difference, NBC delayed its U.S. telecast by 12 hours to coincide with evening primetime viewing.

Where will the Opening Ceremony be held?

The New National Stadium, the main stadium for the Tokyo 2020 Olympics, is pictured on July 24, 2019 in Tokyo, Japan.
Carl Court—Getty Images

The 2021 Opening Ceremony will be held at Japan’s New National Stadium in the Shinjuku ward of Tokyo. The $1.5-billion, three-tiered complex designed by prominent Japanese architect Kengo Kuma was expected to seat 68,000 during the Tokyo Summer Games, with capacity reduced to 58,000 for the 2020 Paralympics to create more room for handicap accessible seating.

However, since the games will no longer have fans due to Tokyo’s coronavirus state of emergency, a group of around 10,000 diplomats, foreign dignitaries, Olympic sponsors and members of the International Olympic Committee will now be the only spectators in attendance at the Opening Ceremony.

The open-air, oval-shaped stadium features a wooden lattice design that evokes traditional styles seen in Japanese shrines and pagodas. Its wood and steel composite roof — which was partially sourced from Japanese-grown larch and cedar trees — opens at the center to allow hot air to escape.

The stadium is intended to blend in with the surrounding parkland and “restore the link that Tokyo lost with nature.”

There’s been a considerable amount of turnover on the creative team for the Opening and Closing Ceremonies of the Tokyo Olympics and Paralympics since the games were postponed in March 2020.

After replacing renowned Japanese actor Mansai Nomura as head creative director of the ceremonies in December 2020, Hiroshi Sasaki, a former advertising executive who oversaw the Olympic flag handover segment at the 2016 Rio de Janeiro Closing Ceremony, resigned from the position less than three months later over a derogatory comment he made about popular Japanese comedian and fashion designer Naomi Watanabe.

And the week before the Opening Ceremony started in July, musician Keigo Oyamada, who performs under the name Cornelius, resigned after allegations emerged that he had bullied a classmate with disabilities as a child. Just a little more than 24 hours before the Opening Ceremony was set to begin, the event’s organizers dismissed the ceremony’s creative director, Kentaro Kobayashi after a video surfaced in which he made fun of the Holocaust.

Italian creative director Marco Balich is serving as a senior advisor to executive producer Takayuki Hioki, who was appointed in March. Balich has previous experience producing Olympic ceremonies for the 2006, 2014 and 2016 Games.

Balich has said that the COVID-19 pandemic will somehow be referenced during Tokyo’s Opening Ceremony. “I think for sure the Olympic ceremony, which is a window of all humanity, will have to reflect somehow or reference somehow what has happened,” Balich told Reuters in March 2020.

What can we expect from the Opening Ceremony?

Fireworks and a laser show are performed during the Opening Ceremony of the Rio 2016 Olympic Games at Maracana Stadium in Rio de Janeiro, Brazil on August 05, 2016.
Anadolu Agency—Getty Images

The Tokyo Organizing Committee has laid out a “Basic Policy” for the overall concept of the Tokyo Olympics and Paralympics that lists peace, coexistence, reconstruction, future, Japan and Tokyo, athletes, involvement and excitement as the core themes to highlight throughout the Opening and Closing Ceremonies.

As the Olympic Charter mandates, the 2021 Opening Ceremony will combine formal ceremonial proceedings with an artistic program that showcases the history and culture of Japan.

Details of the artistic program are usually kept secret until the day of the performance, but as was true for the Rio 2016 Opening Ceremony, Tokyo’s will likely feature thousands of performers outfitted in intricate costumes, elaborate set pieces, spectacular music and dance numbers, and appearances by renowned Japanese celebrities — one of the most exciting moments of the 2016 Opening Ceremony came when famed Brazilian supermodel Gisele Bündchen strutted down the catwalk to “The Girl From Ipanema.”

Who will attend the ceremony?

More than 11,000 athletes from 206 nations are expected to attend the Tokyo Opening Ceremony. However, unlike in years past, there won’t be any general public spectators. Japan’s Olympic Committee recently announced the Games would not allow spectators in its venues after the country declared a new state of emergency on the city because of COVID-19.

In addition to athletes, many countries could also send senior officials to the 2021 Opening Ceremony as part of their delegations. For the 2018 Winter Games in PyeongChang, South Korea, Vice President Mike Pence and his wife, Karen Pence, led the U.S. Delegation. This year, First Lady Jill Biden is set to travel to Tokyo and lead the U.S. delegation.

What’s the history of the Olympics Opening Ceremony?

The Olympic Rings are displayed in front of the New National Stadium, where construction continues on the day marking one year to go until the 2020 Olympic Games in Tokyo, Japan, on July 24, 2019.
Etsuo Hara—Getty Images

The Opening Ceremony has been an integral part of every Olympics since the first modern games were held in Athens in 1896. The ceremony represents the official start of an Olympic Games and affords the host country an opportunity to showcase their national identity on a global stage.

“The protocol and splendor of the Olympic ceremonies, which go hand-in-hand with the celebration of the Games as everyone knows them today, make this event unique and unforgettable,” the Olympic Charter reads.

However, the Charter also notes that the Opening Ceremony of today’s Games is worlds away from what took place in Athens over 120 years ago and that some elements of Olympic Opening Ceremony protocol have only been gradually established over time.

For example, while Pierre de Coubertin, the founder of the International Olympic Committee, originally envisioned the modern Olympics as a celebration of both athletic and artistic achievement, as athletics became the focal point of the Games, the artistic program portion of the Opening Ceremony continued to increase in scale.

With each successive Games, the Opening Ceremony grows into a bigger and grander event that now attracts tens of millions of viewers worldwide. 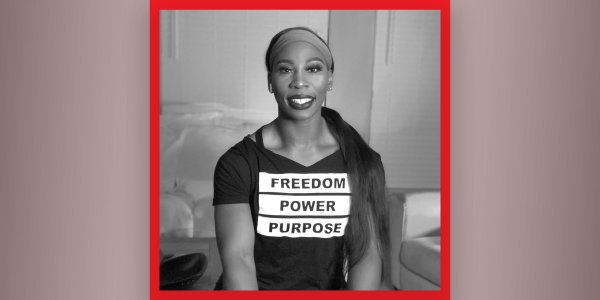 'I Won't Shut Up.' Gwen Berry on Protest
Next Up: Editor's Pick