Cannabis plants in a still from 'Sasquatch'
Hulu
By Judy Berman

What has changed in the past several years is the legal status of cannabis in an ever-increasing number of U.S. states. In the last few weeks alone, New York and Virginia joined 15 other states in legalizing recreational use of the drug. And public opinion supports this shift. A Pew survey conducted earlier this month found that 91% of American adults believe it should be legal for some uses, with almost two-thirds of that group supporting recreational as well as medical use.

TV execs have, evidently, noticed. Gone are the days when the creators of That ’70s Show had to devise elaborate gimmicks and rely on euphemistic slang in order to insinuate that its teenage characters were smoking pot while avoiding network blowback. In 2021, even the tamest, most Middle American franchises—Chopped, anyone?—are looking to the stoner holiday 4/20 as an opportunity for apparently uncontroversial brand expansion. Whether this makes you clutch your pearls, curse Hollywood for commercializing counterculture (again) or simply shrug and reach for the vape, the result is, admittedly, some pretty entertaining TV. Here are three very different weed-adjacent series that will make their streaming debuts on April 20.

“I’ve been witness to a lot of crazy stories,” says the journalist David Holthouse in the first episode of this unusual three-part crime docuseries. “But the one about a Sasquatch wasting three dudes in dope country is bar none the craziest.” What sounds like the beginning of a spooky campfire yarn is actually the inexplicable memory of a night in the fall of 1993, when two terrified guys rolled up to the Mendocino County home where a 23-year-old Holthouse was visiting a weed-grower friend, claiming to have three found bodies that had been torn apart by some kind of monster. The crime was never reported. So, decades into a career that had sent him on high-risk investigations of neo-Nazis, meth addicts and, most poignantly, the man who raped him when he was a child, Holthouse decided to find out what (if anything) really happened that night.

There are certainly some oddballs in Sasquatch: paranoid hippie pot farmers, cryptozoology obsessives, two men described as “Sasquatch hunters/life partners” who seem to have an ongoing disagreement over whether Bigfoots can teleport. But this is not Tiger King; its purpose is not to poke fun. Though it’s a shame so much of it unfolds in phone calls with subjects who wouldn’t speak on-camera, Holthouse’s investigation feels genuinely dangerous. And after reeling us in with a supernatural mystery, he and director Joshua Rofé (both executive producers, as part of a team that also includes Mark and Jay Duplass) unearth a true story that touches some of America’s sorest spots, from the War on Drugs to racism and xenophobia.

It’s a classic film-school assignment: edit together found footage in the public domain to create your own transformative work. The result, like so many student films, tends toward some deeply derivative combination of cheeky, kitschy and surreal—the kind of thing you’d only want to watch if your grade or livelihood depended upon it. But what if you were to pose this same found-footage challenge to directors, writers and performers at the top of their game?

This is precisely what creator Jeff Baena (the filmmaker behind wonderfully raunchy historical comedy The Little Hours) and producers the Duplass Brothers (who seem to be cornering the market on 4/20 television) have done in Cinema Toast. As a way of passing the time amid the past year’s pandemic-related production shutdowns, creators such as Aubrey Plaza, Jay Duplass, Alex Ross Perry (Her Smell) and Numa Perrier (Jezebel) made half-hour film collages, swapping original actors’ voices for those of famous friends (Alison Brie, Christina Ricci, the Offerman-Mullallys). While a project of this nature is always going to end up somewhat uneven, most of the show’s 10 very different episodes are a blast. We get an amusingly histrionic psychological thriller from Plaza and a clever Ronald Reagan pastiche from Duplass and actor-producer Ethan Sandler. Horror fans will recognize plenty of Night of the Living Dead footage in “Attack of the Karens,” from the accomplished TV director Marta Cunningham. My favorite of the bunch, for sheer commitment to a weird bit, is probably Perry’s episode, a red scare sendup that imagines a sinister Soviet plot to mind-meld the two things postwar American families loved best: dogs and cars.

Shows that combine weed and food are kind of a no-brainer, and they’re certainly nothing new for nonfiction TV. VICE’s Bong Appétit, which challenged notable chefs to cater themed, cannabis-infused dinner parties, ran for three seasons beginning in 2016 (and is now available to stream on Hulu). Netflix got into the game a few years later with the lackluster competition Cooking on High; its apparent replacement, 2020’s Cooked With Cannabis, was essentially Chopped, but with gourmet edibles and lots of giggly chatter among the G-list celebrity judges.

So it was probably inevitable that Chopped—a consistent ratings driver for Food Network, which has cranked out well over 500 episodes of the show since its 2009 debut—would complete the circle with its own herbaceous take on the cooking competition. Better yet, that spinoff lives on parent company Discovery’s new subscription service discovery+, where it’s likely to reach a younger, more 420-friendly demographic than it would have on cable. The extremely watchable Chopped 420 doesn’t fundamentally reinvent the Chopped format, nor does it need to. The biggest difference is the personnel. In place of Ted Allen, we get the always hilarious, never irritating comedian and actor Ron Funches. Alongside the top-tier chefs, the judging panel rotates in familiar faces like Drag Race alum Laganja Estranja and comic Taccara Williams. 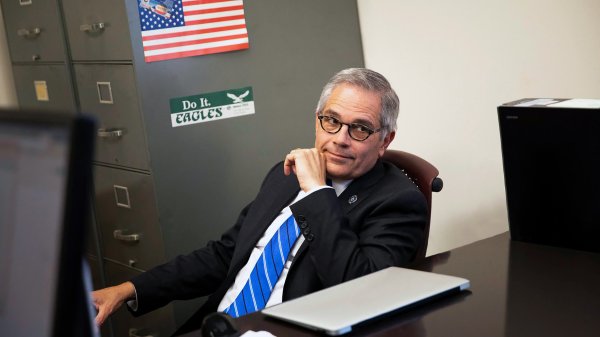