Glow Fades But Stays Fun in Its Second Season

Summer TV isn’t what it used to be. With cable and streaming platforms airing prestige dramas long after the networks end their seasons, the warmer months have ceased to be reliable oases of light entertainment. That shift may explain why the women’s wrestling comedy Glow felt so refreshing when it debuted on Netflix last June. Set in ’80s-era Los Angeles and loosely based on the real Gorgeous Ladies of Wrestling, which found syndicated stardom during that decade, the show offered an underdog story, a feminist message and an ensemble as lively and diverse as the one executive producer Jenji Kohan assembled for her hit Orange Is the New Black. This recipe yielded an ideal summer sitcom, one fueled by lovable characters, neon costumes and campy staged matches in a bright-pink ring.

Happily, the show’s cast is still irresistible in its uneven second season, which arrives on Netflix on June 29 and opens as the wrestlers and their crew prepare to go into production. No longer a broke, self-destructive wreck, actor Ruth Wilder (Alison Brie) is happily ensconced in her role as Soviet heel Zoya the Destroyer. Now it’s her best friend turned rival Debbie Eagan (Betty Gilpin) who’s in crisis, navigating a rough divorce. Overwhelmed by the pressure of helming a TV series while playing dad to a teenager (Britt Baron) he’s just met, director Sam Sylvia (Marc Maron, whose gruff yet sensitive performance remains a highlight) picks up his old drug habit.

As fun as the cast is, the secondary characters’ story lines are drawn sketchily. In one moving episode, Tammé Dawson (Kia Stevens) tells her son she’s putting him through Stanford by wrestling as an offensive “welfare queen” caricature, but she mostly disappears for the remaining half of the season. Arthie (Sunita Mani), a shy South Asian student cast as an Arab terrorist, is desperate to shed the character that got her pelted with trash during Glow’s debut match. Instead of deepening this potentially rich conflict, though, the show twists Arthie’s story in a different direction. And there’s not much more to a new wrestler, Shakira Barrera’s Yo-Yo, than her identity as a Mexican-American lesbian stripper.

Kohan famously used Orange’s white, middle-class lead as a Trojan horse, moving past her story to spotlight the lives of poor, nonwhite, LGBT and mentally ill women who are rarely depicted onscreen. Glow was heading in a similar direction by interrogating the way the entertainment industry sexualizes women and typecasts people of color. But with the exception of Tammé’s brief story line, these new episodes mostly find relevance through Ruth’s boilerplate #MeToo plot.

Glow’s first season took the wrestlers from auditions to opening night, giving the show built-in momentum. Without that unifying arc, these new episodes aren’t as addictive. Next season, maybe the writers won’t leave so many wrestlers on the sidelines. 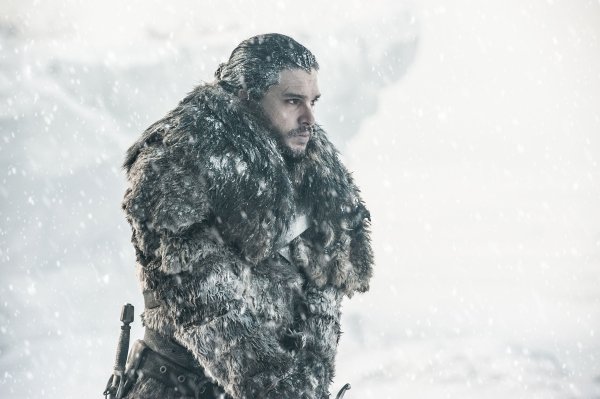 Kit Harington Is Planning a Very Drastic Change to Mark the End of Game of Thrones
Next Up: Editor's Pick