Residents of Washington State, keep a look out! There’s a chance, just maybe, that a Sasquatch is wandering near Sherman Pass. Well, at least according to the Washington State Department of Transportation (DOT).

“Sasquatch spotted!!! I’m not superstitious… just a little stitious,” whoever runs the Washington State DOT Twitter account tweeted on Wednesday. “If you look closely by the tree on the left there looks to be something… might be Sasquatch… We will leave that up to you!”

For readers who aren’t as versed in their North American folklore — or the hit movie Harry and the Hendersons — a Sasquatch is a fabled creature that is described as large, hairy, standing on two legs and sometimes called Bigfoot.

And by darn it, if there isn’t a large creature walking on two legs in the photo tweeted by Washington State DOT. Is that a person? Is it a Sasquatch? You decide! DOT regularly posts photos of the pass, so you can keep a look out if you’d like.

Soon the official DOT Twitter account for Snoqualmie Pass in Washington weighed in. “I think Bigfoot is making the rounds across our mountain passes. @wsdot_east showed him on Sherman Pass the other day and now he is on the wildlife overcrossing on I-90 just east of Snoqualmie Pass. #doyoubelieve” the account tweeted.

Sure another, a large dark figure can be seen walking across the snow.

All around it was a huge day for Bigfoots. Or is it Bigfeet? 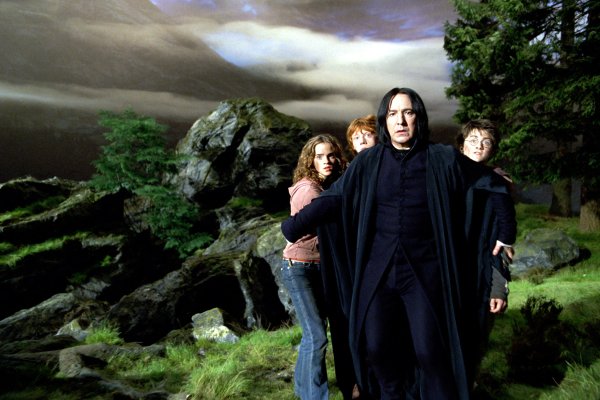 Let Us Step Into the Magic of This 'Potter Puppet Pals' Video Capturing Everyone's Imagination on TikTok
Next Up: Editor's Pick