Why Christina Ricci Has to Fight to Be Taken Seriously

Christina Ricci will be the first of three women to play Zelda Fitzgerald in upcoming roles, but the Addams Family actress said it wasn’t easy to take on the role. Not only did she need weeks of intensive ballet classes and a complete style change, but she also had trouble convincing others that she was a good fit for the role.

“I do have to fight to be taken seriously. Being very small and young-looking and an actress? Oh my god. People are just like, ‘Well, this one’s an idiot. Clearly,'”she told ELLE.”I’m not a traditional leading lady. I don’t look like one. I don’t act like one. I’ve never in my life been cast in this sort of romantic lead. But you have to fight for yourself, nobody is going to do it for me. I’ll do it myself.”

Ricci, who stars in and is an executive producer of Z: The Beginning of Everything, said it wasn’t just men making the presumptions. “The sad truth is that it’s usually the other women who are not taking you seriously,” she said. “The reason misogyny doesn’t really seem to lessen as much over time as other social problems is because I think women really buy into it and perpetuate it in a lot of ways. I’m excited about this next generation coming up because they don’t seem to have those issues.” 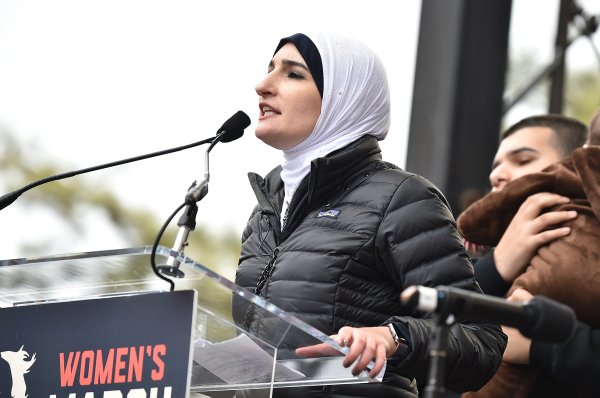 The Internet Defends Women's March Organizer Accused of Having Ties to Terror
Next Up: Editor's Pick