Elisabeth Moss Revives the Riot-Grrrl Vibe in Her Smell

In the second half of 1994–beginning not even six months after the suicide of her husband, Kurt Cobain–Courtney Love went on tour with her band, Hole, in a series of performances that exposed a woman in free fall. I saw one of those shows: Love opened herself wide to the audience as if she had no idea, or didn’t care, how much she should keep to herself. She flirted with us and taunted us. You couldn’t be sure if the show was a messy rebirth or a practice run of self-destruction. Maybe it was both.

Alex Ross Perry’s Her Smell is a fictional story haunted by the vibe of 1990s-era Love, with Elisabeth Moss starring as Becky Something, the drug-addled lead singer of a riot grrrl–era band called Something She. Becky and her bandmates (played, astutely and sensitively, by Agyness Deyn and Gayle Rankin) are scruffy rock-‘n’-roll darlings: they’ve earned a gold record and made the cover of Spin. But Becky is falling apart and taking the band down with her. An early scene shows her in a grubby backstage dressing room after one of the band’s shows, alternately ignoring and obsessing over her infant daughter. She grins at the baby like Heath Ledger’s Joker.

Becky is a mess rendered in tight, lingering closeups, her face slicked with sweat, mascara and glitter, and most of Her Smell is devoted to her perilous deterioration. This is the third film Moss has made with Perry, and the second in which she plays a woman spiraling into madness. (The first was Perry’s 2015 Queen of Earth.) Moss knows her way around this sort of role, and it’s not long before the movie’s dogged grimness starts to feel rote.

And then, in the movie’s last third, the story–and Moss’s performance along with it–opens out into a kind of radiant, cautious optimism. Moss has said she drew her inspiration less from Love than from fragile but vital figures like Cobain and Marilyn Monroe. But for me, watching her as Becky brought back that circa-1994 Love, like a ghost from the planet of jagged memories. Her Smell is an uneven movie, occasionally dipping into clichés. But Moss’s performance works as a distillation of one of Love’s signature lines, from the song “Doll Parts”: Becky knows what it costs to be the girl with the most cake. 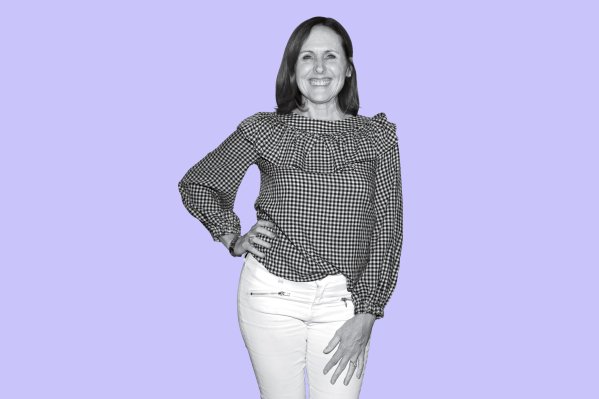 Molly Shannon Wants You to Know the Truth About Emily Dickinson
Next Up: Editor's Pick