High Maintenance's Budding Success Is About Way More Than Drugs

If you’d never seen the online show High Maintenance and only heard the premise, you might think it was a romp designed for blunt-smoking hipsters. In each episode, a marijuana dealer — called just “The Guy” — hops on his bike to deliver goods to customers around Brooklyn, ranging from the wacky to the spoiled to the depressed. But it turns out High Maintenance isn’t about weed or even the stoners who smoke it. Instead, it’s about the anxieties that drive people to light up in the first place.

Some of these issues are incredibly specific to cramped New York living: How do you humanely kill a mouse in your kitchen? What happens when you move so deep into Brooklyn that your friends will no longer visit you? Should you support an all-female dealing service for the sake of feminism, even if your dealer is completely insane? Like any good show, High Maintenance grows these plot lines into meditations on difficult relationships, stunted aspirations and sexual identity.

“Early on, we said, ‘Let’s not focus on the weed — let’s focus on the reason why people smoke weed,'” says Ben Sinclair who stars as The Guy and co-created the show with his wife, Katja Blichfeld, the Emmy-winning casting director of 30 Rock.

Sinclair and Blichfeld’s take feels more nuanced than other representations of pot in pop culture, most notably those seen in Seth Rogen films like Pineapple Express, This Is the End and Neighbors, where white privilege intersects with a weed-fueled disregard for adult responsibilities. While Sinclair’s The Guy may share a stoner scruff with Rogen’s characters, they have little else in common. High Maintenance is filled with culturally, economically and intellectually diverse characters: a homeless girl in high-fashion clothes; an asexual Jewish musician; a doorman who moonlights as the live punching bag in a self defense class. Getting high doesn’t make a character cool or irresponsible or dumb. It’s just something people do.

Sinclair and Blichfeld’s take feels all the more urgent at a time when public perception of marijuana is rapidly changing around the country. And while the premise works to dispel widely held notions of what it means to be a stoner, the script defies expectations in other ways.

“Once we get to the climax or the hook, we try to figure out the most cliché thing that could happen, and we’re like, ‘Alright, let’s avoid that,'” says Sinclair.

The creators’ ability to constantly subvert and surprise is what’s earned them widespread critical acclaim. A perfect couple spends a week together only for the man to find out his newfound girlfriend is homeless; we think a cross-dressing husband hides his preferences from his wife, only to learn that she embraces them; an idealistic teacher tries to change the lives of his Brooklyn students, only for them to drain him of his hope.

Sinclair and Blichfeld concocted the idea together: Blichfeld had always dreamed of creating her own show, while Sinclair had tired of playing homeless men and predators on shows like Law & Order: SVU. (He even played “Brooklyn Idiot” on 30 Rock.) Blichfeld tapped actors she knew deserved larger parts than she could have given them on network TV, and Sinclair came up with the inspired name.

Each episode dropped in on a new set of characters placing orders with The Guy. There was no predetermined tone or time limit — episodes range from hilarious to tragic and run anywhere from five minutes to 20. One of their executive producers used his Michael’s-honed crafting skills to figure out how to turn cotton and glue into passable TV weed. They begged friends to let them use their Brooklyn apartments as sets, and only after they got permission did they think about which characters might inhabit them. They didn’t pay their actors a dime.

The couple did almost no promotion for their low-budget work, simply posting the first episodes to social media sites like Tumblr and Twitter. Nonetheless, the clips garnered millions of views. “Every episode, we would change actors, and every actor had their own network and people they would evangelize to,” explains Sinclair. As word began to spread, comedian Hannibal Buress and Downton Abbey’s Dan Stevens asked if they could get buzzed too. Each went on to star in his own episode.

FX took notice and struck up a deal with the couple to bring the online show to cable, likely in a bid to imitate the success of Broad City, another online series (coincidentally, also about stoners) that made the jump to TV. But the project went sour.

“We tried to throw a bunch of short stories together for the cable show, but because of commercial breaks, we needed, like, seven and a half minute stories,” says Sinclair. “That’s a pretty hard number to nail on the head every time if you want to make a satisfying story with a beginning, middle and end.” Ultimately, FX opted not to pick up the show, and High Maintenance returned to its online home, to which Blichfeld and Sinclair say it’s much better suited.

After posting 13 episodes for free online, they teamed up with Vimeo, the video-sharing website, which was hoping to enter the race for original content with more established competitors like YouTube or Netflix. (Vimeo, like Netflix, does not released stats on the number of episodes purchased on its site.) The new partnership, which produced three episodes and sold them for $1.99 each in the fall and another three this week, comes with its perks: a High Maintenance crew double the size of their original 10-person team, and money to pay their actors. But it also brought with it a breakneck production pace. To be blunt, Blichfeld and Sinclair miss the old days.

“It made things seem a little more legit at one point. But the recharge between episodes was gone. We had long lists of scenes to check off and were getting little sleep. It changed the vibe a little bit,” says Sinclair of filming the new season. “It was even more like a close family, but a close family that gets really tired together, like Grapes of Wrath.”

Spoiler alert: Grapes of Wrath did not end well for that family. Sinclair says that moving forward, they are hoping to find a way to slow down and let their ideas percolate.

Even with Vimeo’s money, the two are still forced to scrape by. After they blew their whole production budget filming the “Genghis” episode this season at Brooklyn College, they had to revert to borrowing apartments and Airbnbs again.

In fact, the first episode in the new crop of shows, “Sufjan,” takes place in their apartment, and while the entire show is semi-autobiographical, the couple admits “Sufjan” hits particularly close to home. “Like the couple in the episode, we were displaced from Williamsburg, and that’s our apartment they move into in Ditmas Park,” says Blichfeld. “We laugh at ourselves and our ridiculous complaints about how deep in Brooklyn we live. And the sub-story about their weed usage, that’s us commenting on the complex feelings we have about marijuana.”

The couple on the show debates whether they ought to give up on their costly habit as they get older and move further from their dealer’s home base. The delivery range problem is Brooklyn-specific, but the greater question of how much weed a casual user ought to consume will be familiar to users who are less concerned with the legality than with their intake habits. 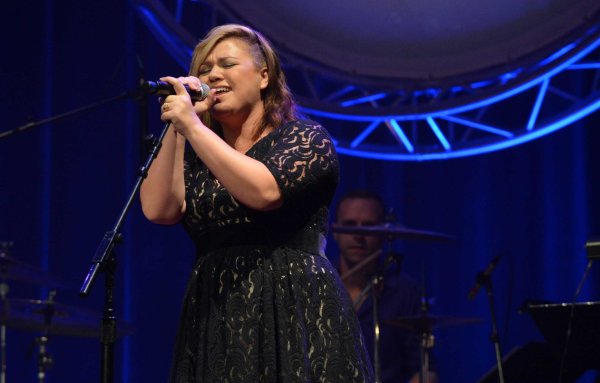