It’s unclear exactly when Tom Hanks took on the de facto role of “America’s Dad,” but these days, it’s hard to deny that he’s earned the title. As one of the most beloved actors of his generation, Hanks’ effervescent influence has come to transcend his craft.

At the 92nd Annual Academy Awards on Sunday, Hanks will find out whether he has won his third Oscar for his portrayal of Fred Rogers in A Beautiful Day in the Neighborhood (he previously won back-to-back Best Actor awards in 1994 and 1995 for his roles in Philadelphia and Forrest Gump) and cemented his place among the winningest actors in Oscars history. For reference, there are only five other actors who have won three Oscars: Meryl Streep, Jack Nicholson, Ingrid Bergman, Daniel Day-Lewis and Walter Brennan. Katharine Hepburn is still the only one to ever win four.

But whether or not Hanks takes home the trophy, his status as an icon in his own right will likely remain untouched.

That’s because Hanks fruitful career and by all accounts congenial personality have vaulted him into the ranks of that rare breed of stars who pretty much no one seems to dislike. When recently asked how he has managed to remain so highly regarded, Hanks deferred to similarly beloved A-lister Keanu Reeves for his answer. “He always says it’s preferable to the alternative, which is true,” he said. “I’d rather be appreciated than loathed, that’s just me.”

In honor of that inspiring outlook, we’ve put together a list of some of the most Tom Hanks things that Tom Hanks has ever done, things that embody that indefinable Tom Hanks-ness.

We’d bottle it if we could.

That time that Tom Hanks returned a lost student ID

If you follow Tom Hanks on Twitter, you know that he frequently posts photos of lost belongings that he discovers while going about his day. But while we’re guessing that these generally nondescript items usually aren’t reunited with their owners, back in 2015, Hanks shared a shot of a Fordham University ID card that launched a viral search for the student pictured on it.

“Lauren! I found your Student ID in the park,” he wrote. “If you still need it my office will get to you. Hanx.”

After one of her professors sent her an email with a link to Hanks’ tweet, Lauren appeared on Good Morning America to talk about his fortuitous discovery. “If you’re listening and you’re out there, I would love my ID back,” she said on the show.

Lauren later told ET that Hanks wasn’t there when she made it over to his office, but that his staff passed along both the ID and a handwritten note from him.

“I got my old ID back with a little note from him that said make sure I hold on to this, and his signature,” she said. “I’m so thankful that he was kind enough to pay it forward to me, and I will 100% do the same for anyone else.”

Picture it: There you are, dressed in your wedding day best posing for photos with your new spouse when suddenly a random jogger runs up to you. But wait, it’s not a random jogger. It’s the one and only Tom Hanks — and he wants to join in on the fun.

That’s exactly what transpired for one lucky couple who happened to be having their 2016 wedding photo shoot in Central Park at the same time Hanks was taking a jog. Tom shook the groom’s hand, kissed the bride’s and, according to photographer Meg Miller, even offered to preside over their marriage ceremony.

Following the run-in, Hanks took to Instagram to share a selfie that he had snapped with the newlyweds. “Elizabeth and Ryan!” he captioned the post. “Congrats and blessings! Hanx.”

Tom Hanks taking the lead in 1993’s Philadelphia is widely considered the point in his career when he made the transition from comedic to dramatic actor. But during a 2016 appearance on Saturday Night Live, Hanks once again flexed his comedy chops by playing the instantly iconic David S. Pumpkins.

Hanks’ hilariously bizarre portrayal of Pumpkins, a jack-o’-lantern print-suited oddball whose presence on a haunted elevator ride confounds riders, fit the character to a T and turned him into an overnight viral sensation. David S. Pumpkins costumes were widely sold out mere days after the episode aired, with Hanks himself taking to Twitter to announce that he would be donning Pumpkins’ signature get-up for Halloween that year.

In 2017, Hanks revived Pumpkins for a surprise appearance in a memorable SNL rap video starring Kenan Thompson and, later that year, the kooky character’s own half-hour animated special.

David S. Pumpkins, the gift that keeps on giving. Just like Hanks himself.

If there was ever a role that Tom Hanks was born to play, it was Mister Rogers in A Beautiful Day in the Neighborhood. As the host of Mister Rogers’ Neighborhood, children’s television star Fred Rogers was an American icon who had a reputation as one of the kindest people in the biz. Sound familiar?

And according to research by Ancestry.com, it turns out that Hanks may even be related to Rogers. How’s that for kismet?

That time that Tom Hanks teared up while accepting the Cecil B. DeMille award for lifetime achievement at the 2020 Golden Globes

Tom Hanks didn’t win the Golden Globe for Best Supporting Actor in a Motion Picture at this year’s awards ceremony, but he did receive one of the highest honors in Hollywood, the Cecil B. DeMille award for outstanding contributions to the world of entertainment. And as could only be expected, his nearly eight-minute-long acceptance speech brought down the house.

Before giving a masterclass in acting that touted his three-step formula for success — “You have got to show up on time and you have to know the text and you have to have a head full of ideas” — Hanks got visibly emotional and fought back tears while thanking his family for their support. This open display of vulnerability seemed to demonstrate anew that Hanks is not only a legendary actor, but also has a heart of gold.

Not to mention that it had many of his fans in their feelings as well. “I’m a simple human being, I see Tom Hanks crying I cry,” one Twitter user summed it up.

When you’re an instantly recognizable celebrity, it can make going out of your way to help your fellow human an even riskier venture than it sometimes already is. But according to Twitter user Stuart Stevens, Tom Hanks was perfectly willing to take that risk when he came across him changing a flat tire in a blizzard. Like a number of other fans, Stevens was motivated to share his story of a heartwarming Hanx encounter following Tom’s lifetime achievement win at the 2020 Golden Globes.

“My one Tom Hanks story,” Stevens wrote. “Was out West skiing. Ended up on road connecting 2 areas. Snowing like hell. Had flat tire. Get out, start doing usual. SUV pulls over, guy gets out. Damn near white out now. Both of us freezing. We get it done. At end introduce ourselves. Tom Hanks.”

That certainly sounds like genuinely good person material to us. 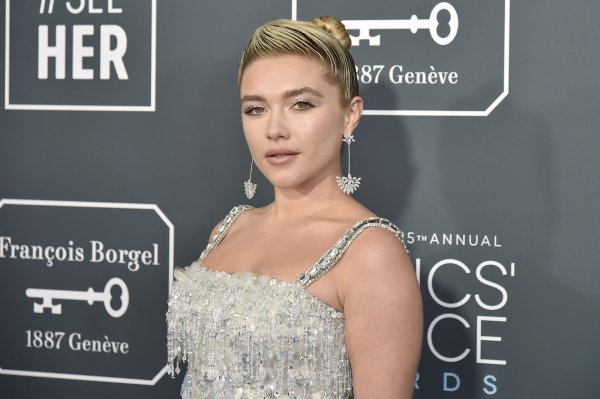