Here's Everything You Need to Know About the 2020 Oscars

The 92nd Academy Awards kick off Sunday night, capping off an awards season that’s celebrated achievements in television and film over the last year.

This year’s ceremony will acknowledge a number of movies, like Joker, which earned the most nominations, and Little Women, which received several nods (though filmmaker Greta Gerwig was shut out from the Best Director category). Some nominations made history, while others prompted contentious conversations about who was snubbed or honored, leaving a lot to keep an eye out for at this year’s Academy Awards.

Here’s everything to know about the 2020 Oscars.

The 92nd Academy Awards will be held on Sunday, Feb. 9 at the Dolby Theatre in Hollywood starting at 8 p.m. E.T. Red carpet coverage will begin ahead of the ceremony.

How can I watch the Oscars?

The Oscars will air on ABC starting at 8 p.m. E.T. on Feb. 9. For those who won’t have access to a TV but have a cable log-in, ABC will stream the ceremony on its app and website. Don’t have cable? Stream the Oscars through Hulu Live or SlingTV.

Who is hosting the Oscars?

No one. Following the controversy over who would host the 2019 Oscars — in which Kevin Hart was originally slated for the gig but stepped down after homophobic tweets he had previously posted were recirculated online — the Academy declined to have anyone emcee the ceremony. Despite initial worries that a host-less Oscars would be awkward, the 2019 Oscars went smoothly and ratings were reported to have increased from previous years. This year, ABC and the Academy appear to be following last year’s precedent by announcing that nobody will host the ceremony.

Nine movies are up for Best Picture in 2020, including Bong Joon-ho’s Parasite, Greta Gerwig’s Little Women, Martin Scorsese’s The Irishman, Quentin Tarantino’s Once Upon a Time in Hollywood and Todd Phillips’ Joker, which led the nominees with 11 total nods.

Scarlett Johansson received nominations in the Best Actress and Best Supporting Actress categories for her roles in Noah Baumbach’s Marriage Story and Taika Waititi’s Jojo Rabbit, respectively, joining a group of 12 actors who have been double-nominees in the same year.

Cynthia Erivo earned a Best Actress nod for her portrayal of Harriet Tubman, becoming the only black person to receive an acting nomination in 2020.

Netflix earned more than 20 nominations in the 2020 Oscars, beating out all other studios, in a remarkable jump from last year, when the company earned its first Best Picture nomination. The Irishman and Marriage Story, both from Netflix, earned multiple nods, as did The Two Popes.

Are any Oscar nominees making history?

Who was snubbed in the 2020 Oscar nominations?

It wouldn’t be the Oscars without critics getting angry about who wasn’t nominated or recognized and 2020 provided plenty of fodder for complaints. Not a single woman was nominated for Best Director, despite several female directors putting out films that delighted audiences over the last year. Gerwig (Little Women), Lulu Wang (The Farewell), Melina Matsoukas (Queen and Slim), Marielle Heller (A Beautiful Day in the Neighborhood), Celine Sciamma (Portrait of a Lady on Fire) and Lorene Scafaria (Hustlers) were just some female directors who were left out of the category this year. Although several of the films helmed by female directors were recognized in other categories, The Farewell, which scooped a Golden Globe win for lead Awkwafina, did not receive any Oscar nods.

Jennifer Lopez, who dazzled viewers as a strip club dancer who leads a plan to scam male customers in Hustlers, did not receive any nominations — a snub that some say ignores not only her standout performance in the film but also Lopez’s work over more than 20 years.

And although Parasite made history for Bong Joon-ho, none of the actors in the film received any nominations. Critics said the dearth of acting nominations for the film reinforced the idea that Asian movies are just directorial achievements, instead of projects that are shaped by distinct performances.

What controversies are shrouding the 2020 Oscars?

The Academy has been criticized for a lack of diversity among the Oscar nominees — a familiar issue after the #OscarsSoWhite controversy dominated discussion of the awards in 2015 and 2016. One person of color was nominated for an acting award in 2020 — in this case, Cynthia Erivo for Best Actress for portraying Harriet Tubman in the movie Harriet. All the other acting nominees are white. As TIME’s Andrew Chow notes, the nomination for Erivo fits into a larger pattern of the Academy’s rewarding performances and stories that highlight black resistance against oppression, rather than focus on more modern depictions of black life.

Joker leading the pack of nominations came as a surprise to many, especially after critics were divided by the movie’s depiction of violence, mental illness and overall message.

Who’s presenting at the Oscars?

Who’s performing at the Oscars?

Along with awards for acting, directing and writing, the Oscars will feature performances of this year’s nominated songs. Cynthia Erivo, nominated in the Best Actress category, will perform the song “Stand Up” from Harriet. Elton John will perform the song “(I’m Gonna) Love Me Again” from the film Rocketman, and Randy Newman will sing “I Can’t Let You Throw Yourself Away” from Toy Story 4.

The actor Chrissy Metz will sing “I’m Standing With You” from Breakthrough, while Idina Menzel and the singer Aurora will perform “Into the Unknown” from Frozen 2.

Billie Eilish, who recently won big at the Grammy Awards, will deliver a special performance at the Oscars. Variety reports that Questlove will also make an appearance.

The Oscars will additionally include a tribute to basketball star Kobe Bryant, who died Jan. 26 in a helicopter crash that killed eight other people, including his 13-year-old daughter, Gianna Bryant. The former Lakers player won an Oscar in 2018 for the animated short film Dear Basketball. 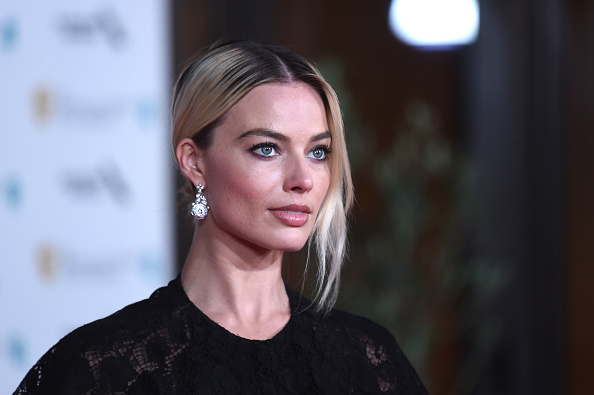 Margot Robbie Worked in a Prince Harry Joke at the 2020 BAFTA Awards and Here's Kate Middleton and Prince William's Giggly Reaction
Next Up: Editor's Pick