Tom Hanks‘ performance as Fred Rogers in A Beautiful Day in the Neighborhood has already generated Oscar buzz ahead of its release on Friday. But in a twist of fate, the actor may have had an advantage for his uncanny portrayal of the beloved Mister Rogers: they might have actually shared genes.

According to research by Ancestry.com, Hanks is sixth cousins with the late children’s TV show host.

An Access Hollywood reporter revealed the information to Hanks and his wife, Rita Wilson, on the red carpet of a New York screening on Sunday. “No, you’re pulling our leg,” Wilson said upon learning the news. Hanks appeared calm, cool and collected as he said, “This all just comes together, you see.”

Rogers’ widow Joanne was equally shocked when she learned the news, too. “Now that is amazing,” she told Access Hollywood. “And Fred would have loved it. He loved family tree stuff.”

Hanks and Rogers share an ancestor in Johannes Meffert, who was born in 1732, according to Ancestry’s research. Meffert immigrated to America from Germany, and three of his sons fought in the Revolutionary War, a representative for Ancestry told TIME in an email.

Talk about six degrees of separation.

Hanks seems to have a lot of important relatives. The actor is also a descendent of President Abraham Lincoln, through a connection to Lincoln’s mother, Nancy, and he narrated Killing Lincoln, the 2011 TV movie about the president’s assassination.

A Beautiful Day in the Neighborhood stars Hanks as the legendary Rogers, telling the story of his relationship with journalist Tom Junod, a version of whom is played by Matthew Rhys. 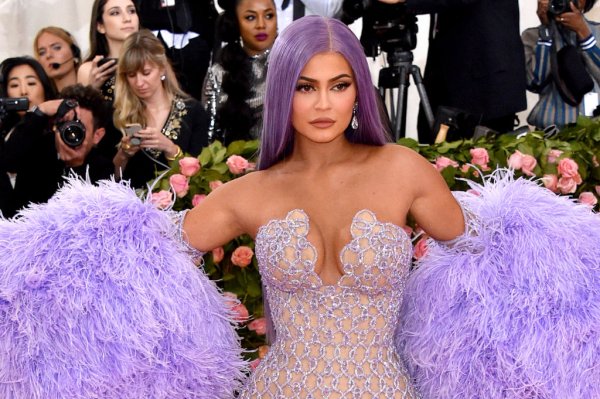 We Now Know What Kylie Jenner's Cosmetics Company Is Really Worth
Next Up: Editor's Pick