Yes, We Should Fix the Broken Oscars. But Let's Not Look to Hollywood to Fix Us

The Academy Awards used to serve a fairly simple purpose. They were Hollywood’s way of patting itself on the back, of acknowledging the best the industry had to offer. It Happened One Night, The Best Years of Our Lives, Lawrence of Arabia, The Godfather: these were all great movies that Hollywood was proud of, and audiences loved them too. A Best Picture Oscar only validated their good taste.

But today audiences want a different kind of validation from the Academy of Motion Picture Arts and Sciences, and the rise of streaming platforms that sharpens that appetite also makes its fulfillment less likely: having more movies, and more choices, means more favorites. Consensus seems hopeless. A few years back, the organization took steps to diversify its ranks, inviting more women and people of color into its membership. The impulse was great. But if this awards season is any indication, it’s not clear that the changes have done much good. Joker, a hit movie that seeks pity for a violent, white male character who’s been failed by society, leads with 11 nominations.

Meanwhile, Greta Gerwig’s Little Women, which focuses on a family of women–and which has also been popular with audiences–earned nominations in several categories, including Best Picture. But Gerwig wasn’t nominated for Best Director, an oversight that feels like a slap to many women struggling to have their work recognized in the industry. Furthermore, many critics were frustrated that Jennifer Lopez failed to get a nod for her terrific turn in Hustlers; likewise, Lupita Nyong’o was overlooked for the intricate performance she gave in Us.

The outrage on social media has been deafening. We–that is to say, anyone who hopes for a progressive, democratic, open society–want our movies to better reflect the diversity of the world we live in, and we’re desperate for the Academy to follow suit. But while it’s normal to want change, and to want to fix everything that’s wrong with Hollywood, the bigger question is this: Are we sure we’re not looking to Hollywood to fix us?

How a movie like The Farewell–an unequivocally American film, though it features a nearly all-Asian or Asian-American cast and is largely in Mandarin, with subtitles–gets out into the world can make all the difference. The rise of streaming platforms is good news, to a point, for new filmmakers hoping to break in or for established filmmakers who have been unable to get even a small, independent project off the ground. In years past, Netflix provided a home for fine work from directors like Tamara Jenkins (Private Life) and Dee Rees (Mudbound)–but unlike The Irishman or Marriage Story, two powerhouse Netflix releases from last year, those films weren’t positioned for optimum Oscars attention.

In a directors’ roundtable sponsored by the Hollywood Reporter late last year, Lulu Wang, director of The Farewell, pinpointed the problem. She said that while streaming deals can be favorable for established directors like Martin Scorsese or Noah Baumbach–whose names are extremely valuable in helping Netflix build its brand–her preference, as a relative newcomer, was to go with a small studio, A24, though one of the streaming platforms had offered her twice as much money.

As of December, The Farewell had been playing in theaters for almost five months. That theatrical release granted it a legitimacy it might not have gotten from a streaming platform. “I know for a fact that if I took that bigger money, [the streamer] wouldn’t have the energy to put behind someone like me to build my brand,” Wang said–especially when there are now so many established directors who are open to streaming deals.

Wang’s decision against streaming highlights a conundrum that all filmmakers seeking to break in will have to think about. The rise of streaming services has already changed what kinds of stories get told and who gets to tell them and stands to alter the landscape further: according to a recent Los Angeles Times article, Netflix released 19 original movies from first-time directors in 2019; 11 more are already scheduled for 2020. About half the directors making Netflix debuts last year were women, and several were filmmakers of color.

A bracing war drama shot in the style of one continuous take by director Sam Mendes, 1917 was nominated in 10 categories
Universal

But if directors like Scorsese and Baumbach–that is, male, white and established–have everything to gain and little to lose from releasing a movie on Netflix, a filmmaker seeking to build a name will find it harder to stand out from the pack. Having more movies out there means more movies to slip through the cracks, especially if they don’t come with a big-ticket director’s name attached. Netflix’s Dolemite Is My Name, made by experienced director Craig Brewer, is a terrific picture about blaxploitation impresario and entrepreneur Rudy Ray Moore, starring a dazzling Eddie Murphy. But the film received no Oscar nominations. With streaming, the public may have greater access to good movies that perhaps couldn’t otherwise have been made–but that doesn’t necessarily mean those movies will get the awards attention they deserve, which in turn grants those filmmakers more freedom to tell worthy stories.

People who love movies have so much invested in the “Oscars suck!” argument that we see our foot stomping as being somehow productive. But “fixing” the Oscars–to the extent that it’s even possible–won’t solve society’s bigger problems. Many filmgoers are torn between claiming that this elite institution doesn’t matter and agitating for it to change. We can’t have it both ways.

Both Brad Pitt and Leonardo DiCaprio were nominated for their performances in Quentin Tarantino’s Once Upon a Time in ... Hollywood
Sony

The healthier approach might be to follow the lead of Bong Joon-ho, director of Parasite, which has been nominated for six Academy Awards, including Best Picture–it’s the first Korean film to have earned that honor. In October, as Bong was bringing his film to various festivals (it had already won the top prize, the Palme d’Or, at Cannes), he was also in the midst of the obligatory Oscars campaign, a routine that was new to him. When a reporter from Vulture asked what he made of the fact that no Korean film had ever been nominated for a Best Picture Oscar, despite the Korean film industry’s size and worldwide influence, he responded with a tongue-in-cheek but potent answer. “It’s a little strange, but it’s not a big deal,” he said. “The Oscars are not an international film festival. They’re very local.” Hollywood is a big-business tiny town, and its awards body is never going to be the answer to the public’s prayers. It’s our job, by buying tickets and being thoughtful consumers, to show it what to think–not the other way around. 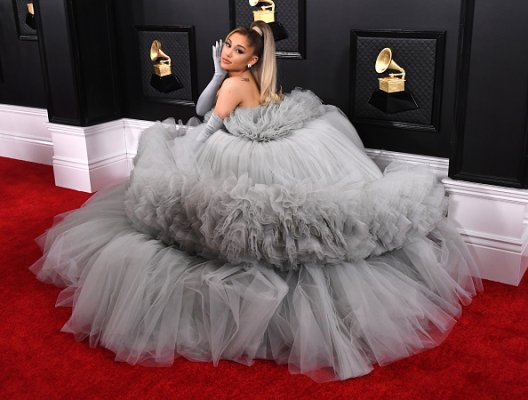