The Biggest Snubs and Surprises of the 2020 Oscar Nominations

Parasite made history, Cynthia Erivo was given the opportunity to make some more and a bloody comic book film led the way among the nominations for the 92nd Academy Awards, which were presented by John Cho and Issa Rae on Monday morning. While many of the nominees, like Little Women‘s Florence Pugh and the underdog Klaus, were celebrated online, a backlash emerged due to the fact that 19 of the 20 acting nominees are white and no women were nominated for Best Director.

Here are the biggest snubs and surprises of the 2020 Oscar nominations.

Tubman (Erivo) is a heroine for the ages
Focus Features

Erivo’s resolute portrayal of Harriet Tubman was the only thing standing in the way of another #OscarsSoWhite debacle: the other 19 acting nominees this year are white. Erivo also received a nomination for her song “Stand Up,” giving her two chances this year to become the youngest EGOT winner (someone who has won an Emmy, Grammy, Oscar and Tony) of all time.

Erivo certainly deserves recognition for Harriet: Stephanie Zacharek, in her TIME review of the film, wrote that she “shines through it all, giving us a glimpse into the mind of a steadfast woman of purpose. Her Tubman is as bold and alive as the woman staring at us from that photograph.”

But her nomination also fits into a troubling pattern of the Oscars rewarding performances of black resistance against historical subjugation (12 Years A Slave, Green Book) as opposed to more modern stories of black life. Lupita Nyong’o, who delivered an astonishing double performance in Us, was shut out despite winning Best Actress as the New York Film Critics Circle awards. Other potential nominees like Eddie Murphy (Dolemite Is My Name), Jamie Foxx (Just Mercy) and Sterling K. Brown (Waves) similarly came up short.

Constance Wu and Jennifer Lopez in 'Hustlers'
Courtesy of STXfilms

Jennifer Lopez lent far more than a starry name or a dash of charisma to Hustlers. Her Ramona, a scheming strip club dancer, is the center of gravity of the film’s cautionary tale—a multifaceted character who’s both glamorous and petulant, and meant to elicit both admiration and wariness from the audience. “Jennifer Lopez has always been charming. In Hustlers, she’s also great—as if two translucent hues spontaneously overlapped to make a new color,” Stephanie Zacharek wrote in her TIME review.

A nomination for Lopez would have not only recognized a role that stands up in its own right, but a decades-long body of work that has been ignored by the Academy. (Though she has appeared in a lot of rom-coms and comedies which tend to get less Oscar recognition, many felt she was deserving for 2007’s El Cantante.) Either way, Oscar voters were not sufficiently moved by the 50-year-old’s renaissance act.

While nominees Laura Dern (Marriage Story) Florence Pugh (Little Women) and Margot Robbie (Bombshell) were all favored to secure nods, Kathy Bates (Richard Jewell) had been on the cusp heading into Monday morning, and Scarlett Johansson’s nomination for Jojo Rabbit made her a double nominee. (She also received a nomination for Lead Actress in Marriage Story; these nominations, her first ever, make her part of a small group of just 12 actors to receive two nominations in the same year, according to Variety).

Surprise: Netflix comes out on top

Hollywood’s resistance to streaming has proven short-lived. After Netflix got on the board last year with its first Best Picture nomination and 15 overall nominations, the streaming giant picked up more than 20 nods this year—more than any other studio—including Best Picture nominations for The Irishman and Marriage Story. Though Eddie Murphy’s performance and Ruth E. Carter’s costume design for comedy Dolemite Is My Name failed to register, Netflix also racked up nominations for The Two Popes, two animated films and the documentary American Factory—opening the possibility for that film’s producers Barack and Michelle Obama to make an appearance at the awards ceremony. The triumph was particularly remarkable after Netflix walked away from last week’s Golden Globes ceremony with little to show for its many nominations. But even for a skeptical voting base in the Academy, the allure of Netflix’s star power (Martin Scorsese, Noah Baumbach, the former president and first lady) was far too powerful to pass over.

“Congratulations to those men,” Issa Rae said after announcing the best director slate, the sarcasm in her voice barely disguised. While no women were nominated for Best Director this year, it wasn’t for a lack of options: Greta Gerwig (Little Women), Lorene Scafaria (Hustlers), Lulu Wang (The Farewell), Marielle Heller (A Beautiful Day in the Neighborhood), Celine Sciamma (Portrait of a Lady on Fire), Melina Matsoukas (Queen and Slim) and many more helmed beloved films, many of which were recognized by the Academy in other categories. (Gerwig, for one, received a nod for Best Adapted Screenplay.) This omission is perhaps unsurprising given that only 32% of Academy voters are women—though there’s no rule stating that men can’t vote for their films.

As a small consolation, The Wrap points out that across all categories, women comprise 31.1% of all nominees, a record number. (Last year, that number was 27.5%.)

The psychological-drama-disguised-as-a-genre-film couldn’t have been more divisive among critics and fans, but it dances into the Oscars leading the pack, with 11 nominations. Joaquin Phoenix, with his emaciated and hyper-committed performance as a man struggling with mental illness who is prodded and provoked into villainy, was an expected nominee; director Todd Phillips, of Old School and Hangover fame, was more on the bubble heading into Monday morning. The success of Joker, Once Upon a Time in Hollywood and 1917 means that grandiose, major studio films still hold plenty of allure even in the face of a Netflix onslaught. The movie’s Best Picture nomination also makes it the second comic-book adaptation to make the cut in that category, following Black Panther‘s nomination last year.

Snub: The Farewell and Uncut Gems

Awkwafina stars in The Farewell, written and directed by Lulu Wang.
Courtesy of A24

Critics getting mad about the Oscars is an unfailing annual tradition, and this year was no exception. (The Oscars voting base consists of moviemakers—actors, directors, editors, cinematographers—not critics and journalists.) This year, the loudest grievances centered upon the outright snubbing of Lulu Wang’s The Farewell (98% on Rotten Tomatoes, a Golden Globe win for lead actress Awkwafina) and Uncut Gems (92% on Rotten Tomatoes, National Board of Review awards for Adam Sandler’s performance and the Safdie Brothers’ original screenplay). Each film had a subject material perhaps too complicated for an easy elevator pitch and an aesthetic style that strayed from warm uplift. Still, their complete lack of nominations stung.

Parasite, South Korean director Bong Joon-Ho’s class warfare film, drew plenty of buzz upon release—but even its biggest champions could hardly have predicted the impact it would make at the Oscars. On Monday, Parasite racked up six nominations, becoming the first South Korean film to be nominated for both Best Picture and Best International Feature Film. And Bong Joon-Ho became just the second director from Asia—after Ang Lee—to receive a Best Picture nomination.

But Parasite‘s deeply talented acting cast—which included longtime Bong collaborator Kang-ho Song and memed sparkplug So-dam Park—was shut out, which make the film’s chances at winning Best Picture extremely slim. (No foreign language film has ever won that award.) And the film’s lack of acting nominees reinforces the idea of Asian movies being calculated ensemble set pieces rather than driven by individual performances.

While Disney’s billion dollar Frozen II was expected to be a shoo-in in the Animated Feature category, it’s presumed slot was filled by a different snow-capped cartoon: the Spanish Netflix entry Klaus, which gives Santa Claus a new and uplifting origin story. The film, directed by Sergio Pablos in his directorial debut and featuring the voices of Jason Schwartzman, J.K. Simmons and Rashida Jones, was given a 54/1 chance of being nominated, according to GoldDerby; its dark-horse candidacy was greeted with delight online, and the film started trending.

The Beyhive and the Swifties were up in arms Monday morning after their heroes were snubbed in the Best Song category for their efforts in The Lion King and Cats, respectively. Instead, “I’m Standing With You,” a power ballad by the 11-time Oscar nominee Diane Warren, from the moderately successful Christian drama Breakthrough, scored a surprise nomination, as did the original Lion King composer Elton John, for Rocketman. Beyonce and Swift certainly would have delivered electric performances at the ceremonies—but still, it’s reassuring that being a very famous pop star doesn’t automatically net someone an Oscar nomination.

Virtually any description of the World War I film 1917 will include the fact that it appears to unfold in one single, spell-binding shot. So it’s a mystery that the film, which earned 10 nominations including Best Cinematography for legend Roger Deakins, wasn’t nominated for best film editing—especially given that editor Lee Smith won two years ago for Dunkirk. 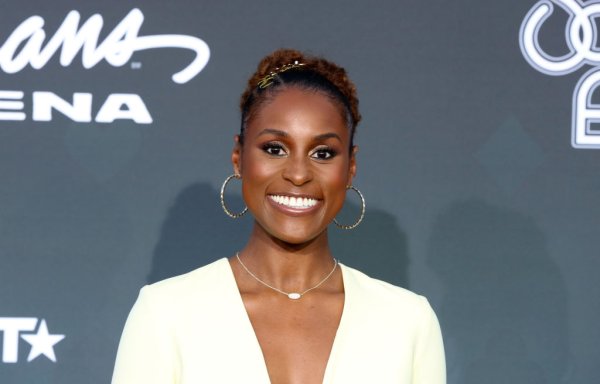 Issa Rae Saying 'Congratulations to Those Men' Sums Up Plenty of Feelings About the All-Male Best Director Oscar Nominations
Next Up: Editor's Pick